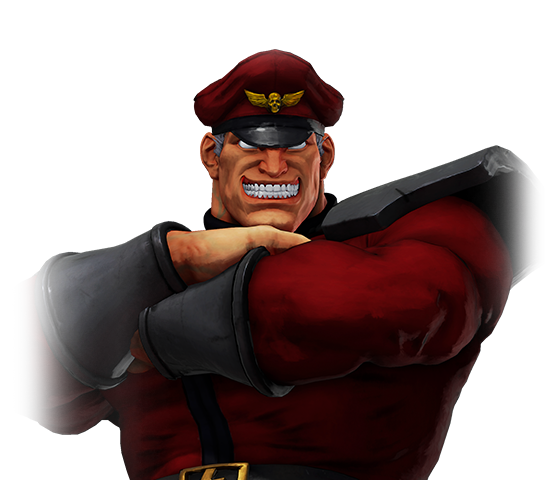 "Kneel before me or die beneath my heel. The choice is yours to make freely!"

Leader of the secret army known as 'Shadaloo', Vega has only one goal in mind: world domination. Obsessed with becoming the greatest conquerer in history, Vega has spent his entire life building up his own military forces through his own terrifying strength. A highly talented martial artist in his own right, his true strength lies in his mastery in utilizing Psycho Power. In his quest to become even more powerful, he diverted what little good remained in his soul into an entirely different person: Rose. The perfect example of megalomania, Vega is pure evil, seeking only to take control of the entire planet. Vega's power is always increasing; soon, he may surpass the limits of his own body. It was this realization that sparked the genesis of the Doll Project: thirteen 'Dolls', young girls abducted from around the world, imbued with increasing amounts of Vega's Psycho Power, and genetically enhanced to serve as the ultimate killers.

Minutes Til Midnight - In the aftermath of the Vega's returns, assets are won and lost. Mistakes were made and someone has to clean up after the failures had in a messy rebirth. The task falls to Marz, but first she has to hear the orders herself and that means a direct confrontation with Lord Vega himself. - Log created on 00:01:51 03/10/2019 by Marz, and last modified on 03:37:46 03/10/2019. Cast: Vega and Marz.

[The Bell Tolls] TBT Act III - Duet - Seized from the Sunshine City International Airport, the plucky catwoman Felicia has found herself in the clutches of Lord Vega himself. And yet, he is a merciful god. Felicia gains an offer to willing fall within ranks of Shadaloo. If she refuses? Felicia may have received an offer to join Shadaloo, but Vega always gets what he wants in the end. Will Felicia becoming a willing agent of the organization to find Lee Chaolan once more, or will Shadaloo gain little more than another Darkstalker weapon? - Log created on 01:52:24 09/26/2018 by Vega, and last modified on 04:05:19 09/27/2018. Cast: Vega and Felicia.

[The Bell Tolls] TBT Act 1 - Rise of the Robots - The parents of the stolen children of the Uri Geller School For The Gifted still do not have answers. The public law enforcement isn't acting fast enough, so one set of parents has hired Bob Richards to investigate. The detective follows a lead to an Oil Refinery outside of Sunshine City, not far from the site where the bus was abandoned. There, he encounters the most dangerous man in the world, who is eager to give Bob an opportunity to live. The catch? He must let him test something. . . - Log created on 17:44:42 07/03/2018 by Vega, and last modified on 13:18:38 07/11/2018. Cast: Vega and Bob.