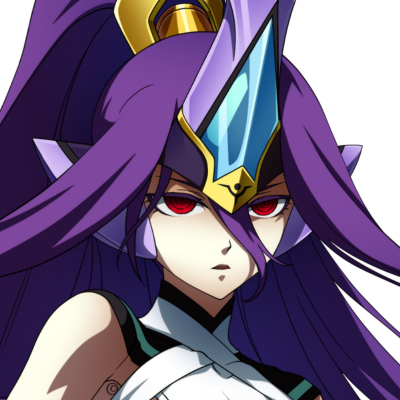 "What kind of death do you desire from me?"

Publicly, she is known as The Imperator of the Novus Orbis Librarium, the supreme leader of the globe spanning paramilitary organization. Overwhelmingly charismatic, articulate, and persuasive, she is a major cause for the NOL's rise to prominence over the last decade. Yet in spite being the public face of the organization, her background is a matter of utmost secrecy, presumably for her own protection as ultimate commander of such a controversial presence. Within the NOL, Imperator Izanami is considered by many to be almost a religious figure; often whispered of yet rarely seen. The edicts she proselytizes promise that NOL will stand as the force of Order amid a world ever teetering toward chaos and that those who desire to help usher in an era of global peace will find welcome among her number. Officers and soldiers who demonstrate their loyalty and aptitude for furthering NOL's objectives are often rewarded with power and rapid promotions up through the ranks, though the deadening of their souls in the process may be considered too steep a price to pay. Still, there are rumors both within and without the Librarium implying that the mesmerizing woman's tranquil serenity conceals an unthinkable anathema and that to cross her is to invite complete annihilation. But they are just rumors, after all...

[The Descent] Test Your Might - Forgotten Kings - "Izanami Hades: You have explored the nature of Death and its strange contradictions throughout these proceedings, battling men untouched by its cold hand and a woman who thrives in spite of its possibility-- and like yourself, all have had the benefit of immortality to crystallize their ways of life. Thus, before your Descent continues, I challenge you to test your might against a man who still seeks to transcend the bounds of his mortality, once and for all-- a demon in flesh grinning from the dark, liminal reaches of humanity. Meet VEGA, the King of Heaven on the field of your choosing, and perhaps on the other side, you will find your will to Descend sharpened in the wake of chaotic ambition." - Log created on 16:47:32 09/04/2022 by Izanami, and last modified on 02:20:11 09/19/2022. Cast: Vega and Izanami.

[The Descent] Round 3 - Glistening Perfection - The bleak miracles of hyperscience, crystalized hatred, regal nature, and a kiss of hellfire have given rise to something never before seen in the Louisiana Bayou: a swath of gleaming, teeming biomechanical life adapted to drawing what sustenance it can from the harsh paradox of its environment. What better place for Death Incarnate and cosmic chaos to meet, wrapped in their veneers of innocent humanity? - Log created on 22:33:41 08/16/2022 by Izanami, and last modified on 22:26:51 09/10/2022. Cast: Morrigan and Izanami.

[The Descent] Round 2 - Midnight in the Garden - In a place of alien beauty and profound danger, Hades Izanami and Slayer - ancient entities of Death and Unlife - must take care not to trample the grass too harshly, lest it bite back at them with razor edges. The Garden of Shells in Chubu-Sangaku, Japan doesn't release visitors gladly-- but perhaps undying will can overcome its blossoming mysteries. - Log created on 21:29:59 07/22/2022 by Izanami, and last modified on 10:19:35 08/12/2022. Cast: Slayer and Izanami.

Podiebrad Of Passion: Imperator Rex - Life as the leader of the NOL can be difficult even for Hades Izanami, the stoic and hard working commander. Ruling the largest and most powerful organization in the world leaves no time for self-fulfillment in matters of romance and domestic life. But in a chance meeting at the Podiebrad manor, the diligent ruler finds herself in the presence of the Lord Bela Podiebrad, master of the House of Podiebrad. There, she finds a new desire as he offers a gift to the beautiful leader. Will Izanami stay with her duties and responsibilities as the leader of the NOL? Or will the strapping Lord lead her away as her... Imperator Rex? (The cover shows the silver-haired Lord Podiebrad bareback his magnificent black stallion in his leather breeches, his sweat-glistened pectorals exposed in the middle of a church aisle. There, he looks down with a dominating masculinity at the bride to be, Hades Izanami, who is dressed in traditional Japanese wedding dress. Waiting at the altar behind him are the other prospective grooms; Jin Kisaragi, Colonel Kagura, Jedah Dohma, and even the legendary villain Ragna The Bloodedge, armed with strange heart shaped sunglasses. All four are wallowing in the shame in their own rejection. Lord Podiebrad is holding under his tanned and oiled arm a single heart-shaped box, neatly tied with a ribbon. A cat tail is just barely sticking out of the back of it.) - Log created on 22:38:07 03/19/2020 by Bela, and last modified on 15:57:42 05/12/2021. Cast: Izanami and Bela. 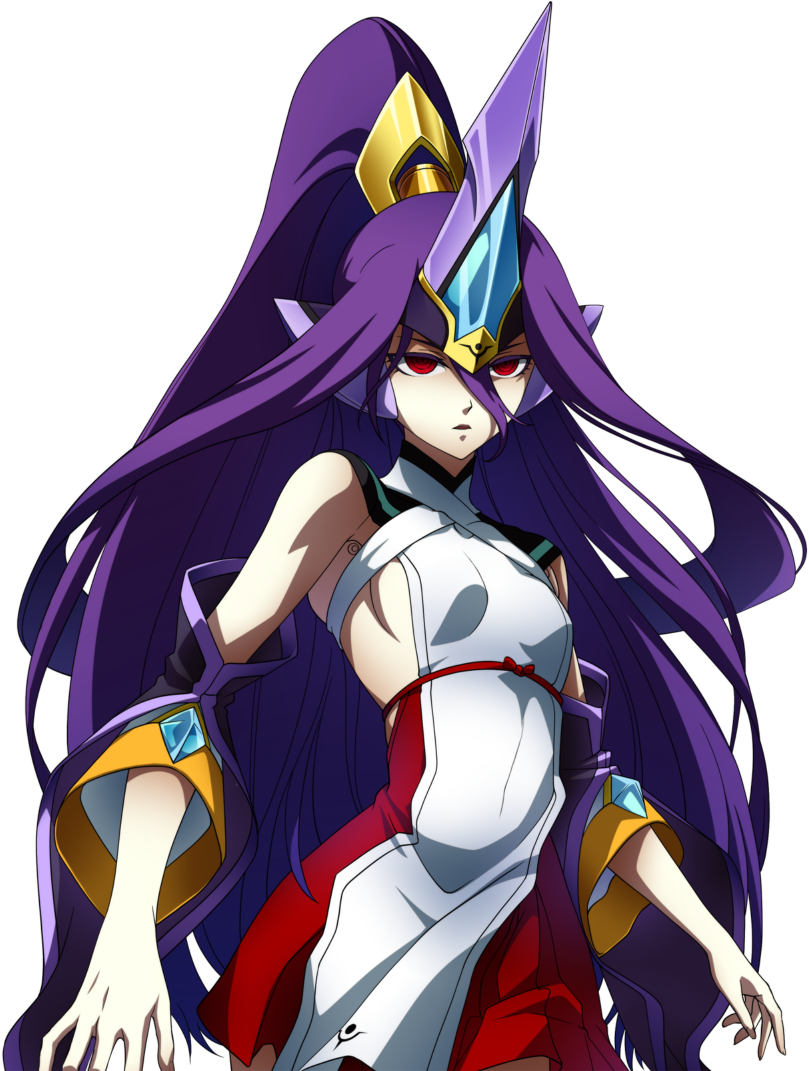 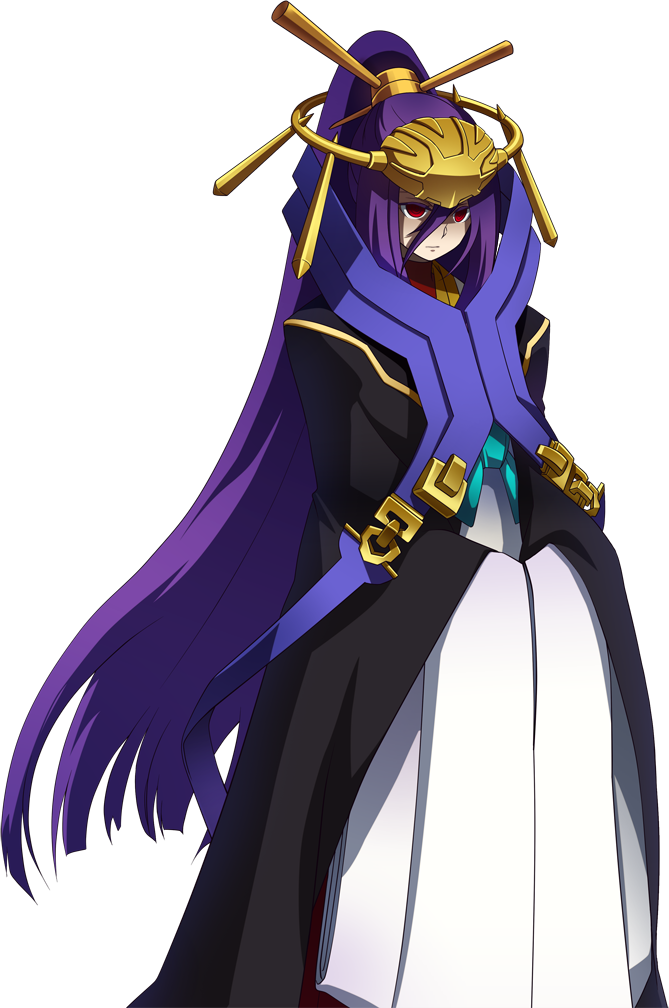 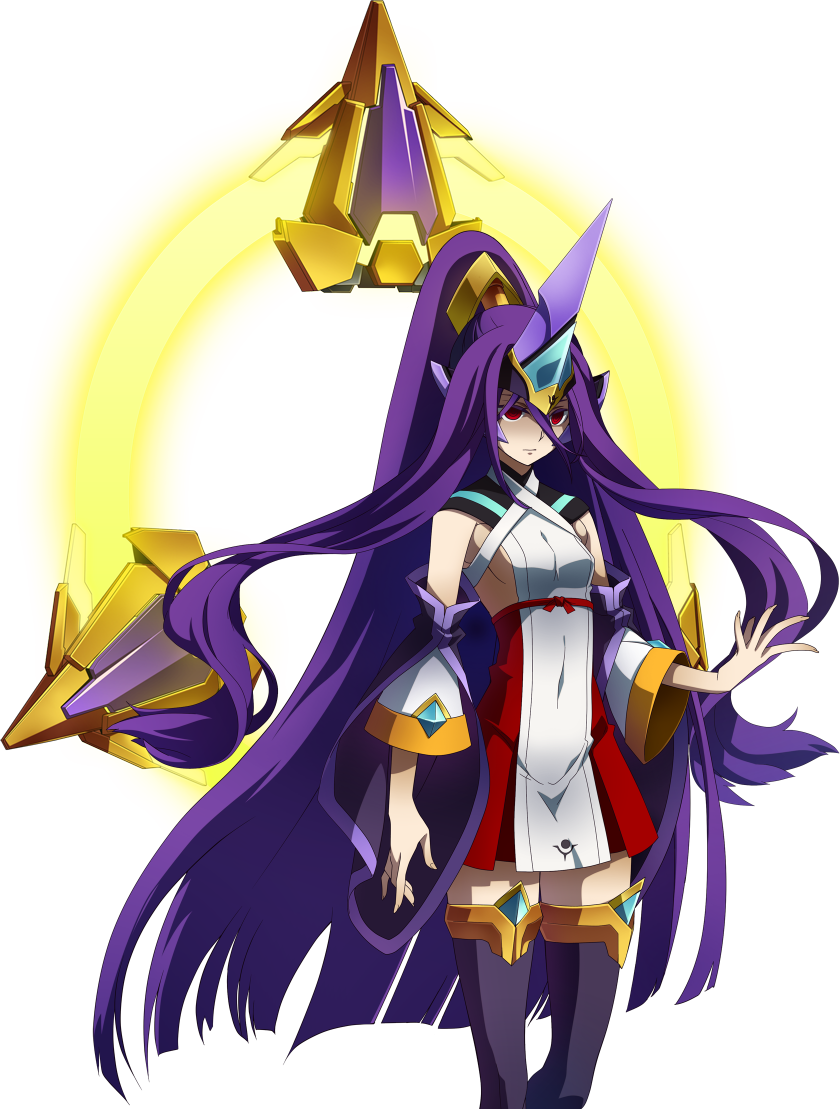 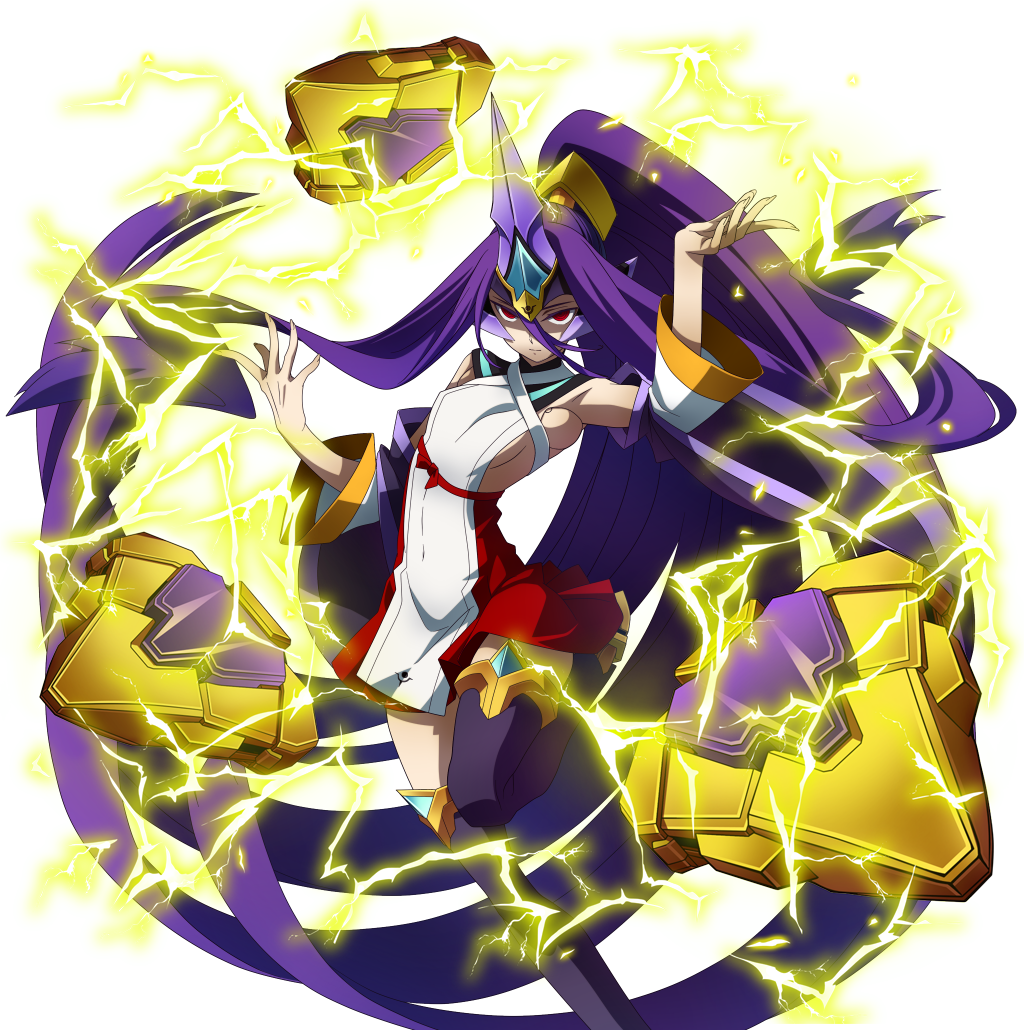 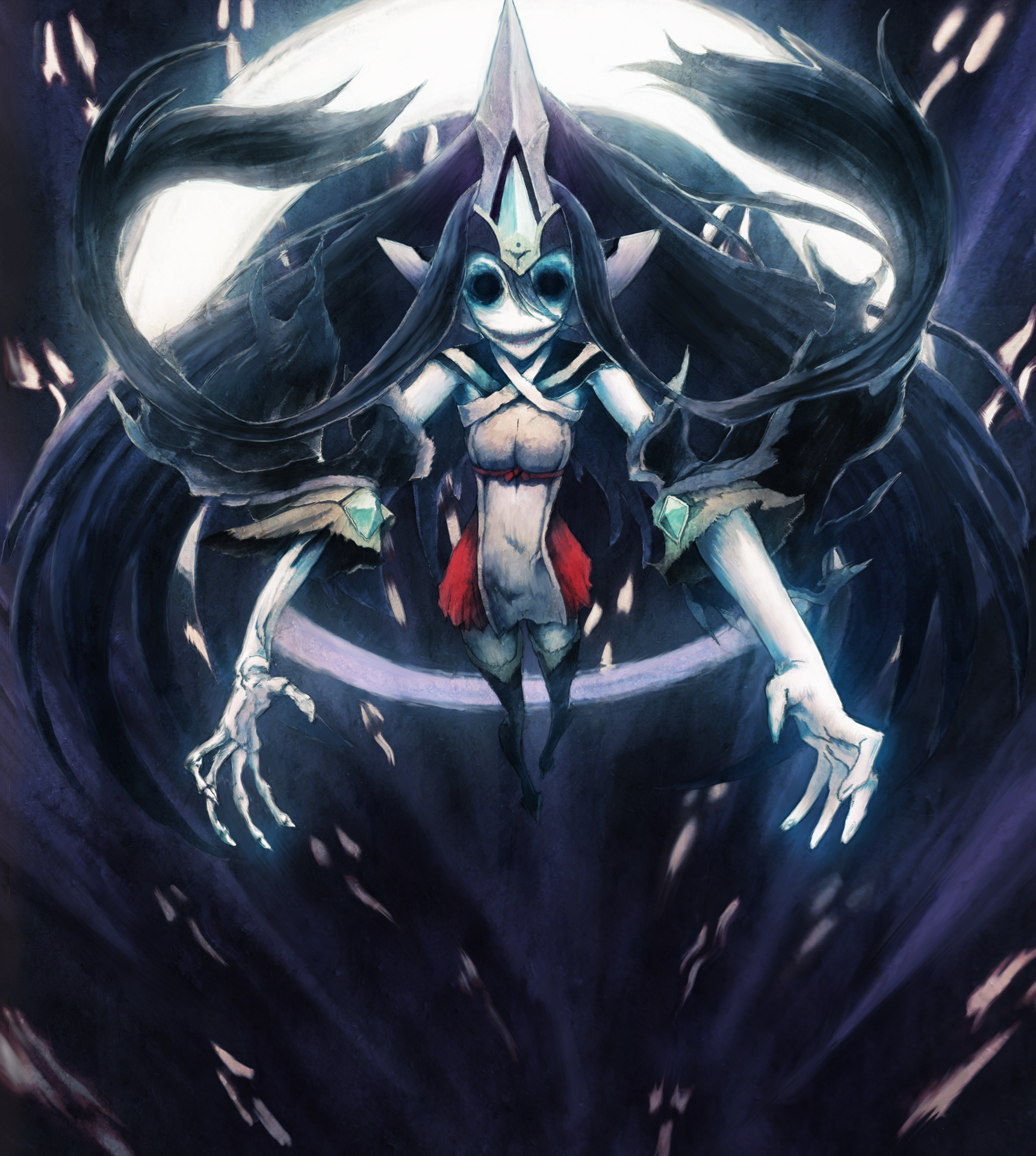 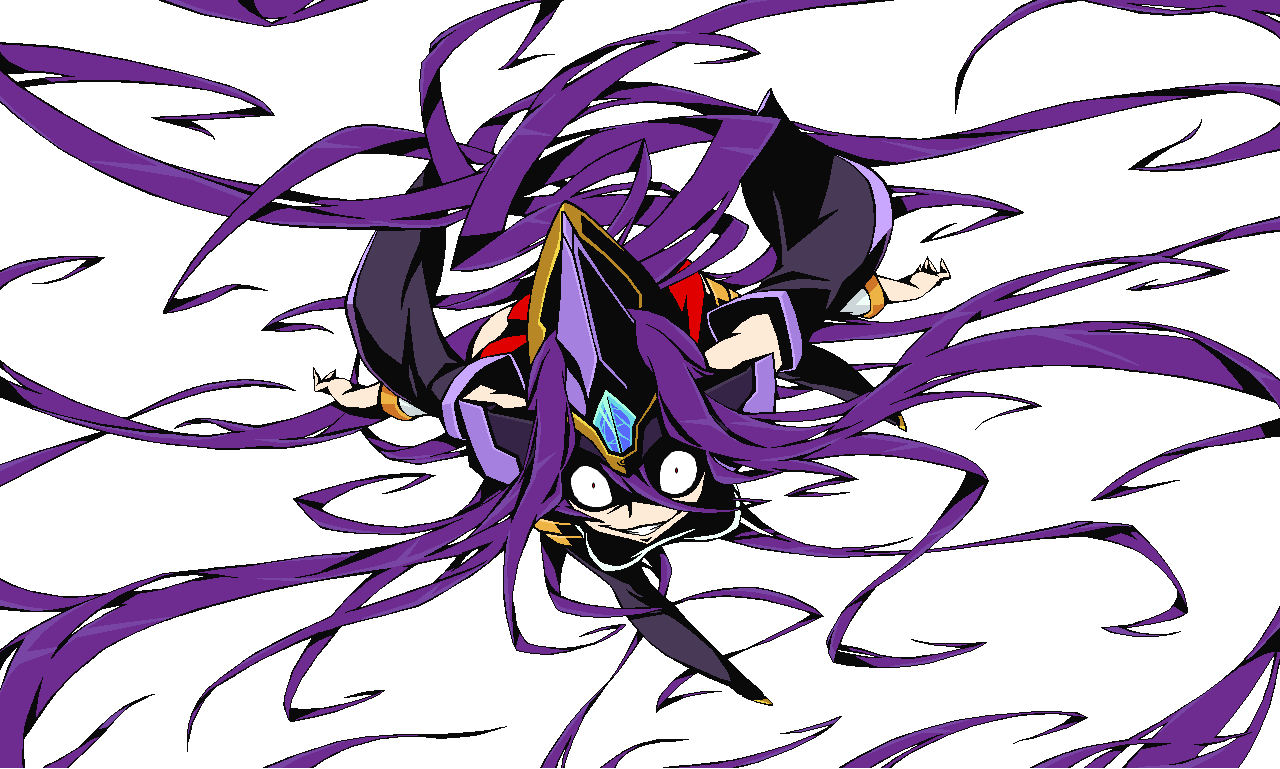 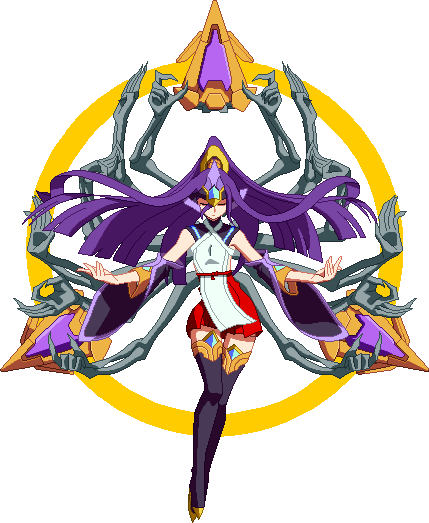 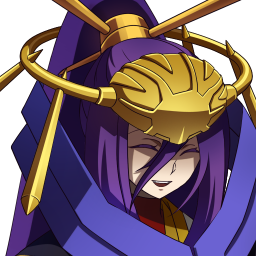 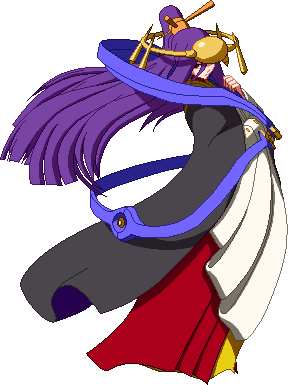