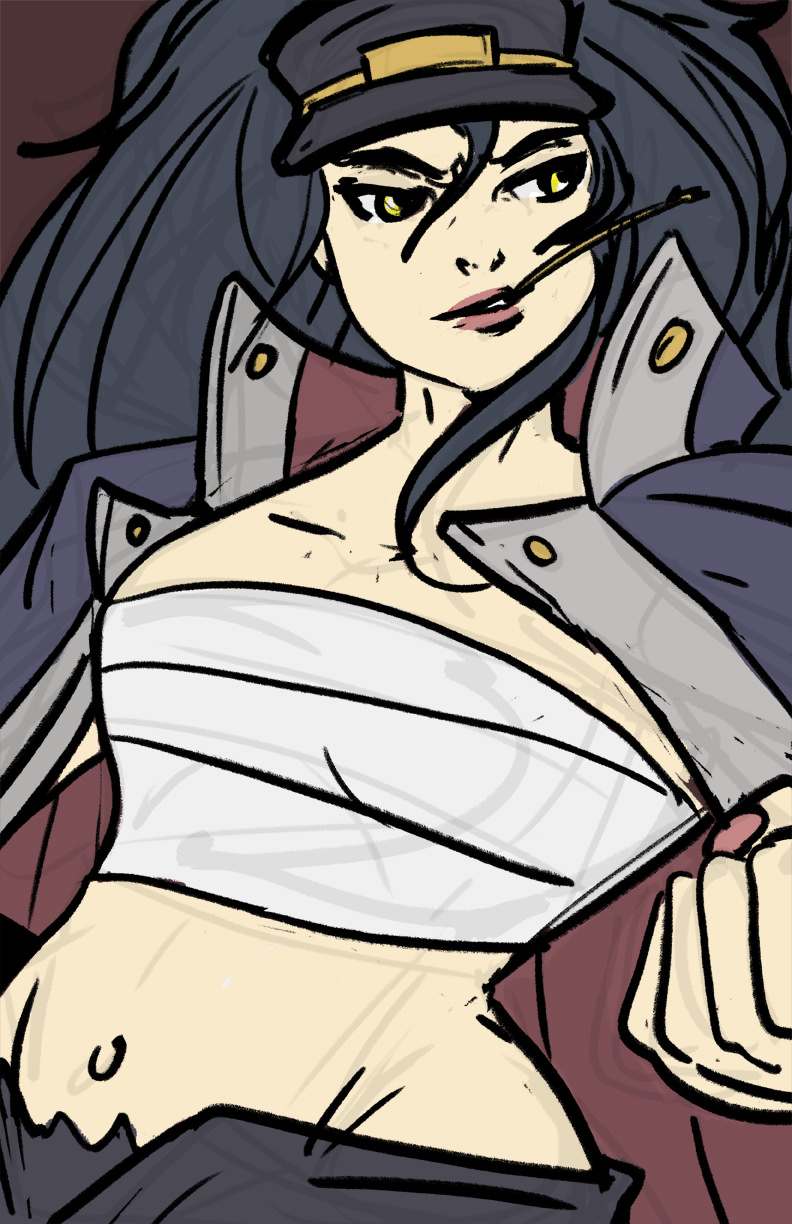 "Good Grief. Do you think I'll put up with crap from the likes of you?"

A daughter within the once powerful Tokugawa clan, Mitsuru falls short of her family's lofty reputation. Imagining herself as a banchou, the spoiled princess terrorized her junior high school, living the yankii lifestyle to its fullest. When high school came upon her, she imagined herself being sent to Gedo High, where she would join with students just like her. Instead, her parents sent her to Seijyun High, where they hope the school could change her from a rebellious tomboy into a proper young lady. To this end, Mitsuru has brought upon to rebel against her parents' wishes, and resist whatever Seijyun throws at her. Angry, reckless, and aggressive, Mitsuru is rude and crass teenager who throws her size around at whatever she feels she can get away with. Using her self-proclaimed 'Platinum Brawling' style, she uses little more than wild punches and kicks to assert her authority. Behind her temper, however, sits a lonely and awkward young girl, who grows more and more disconnected from her peers day by day. Junior High's long gone, and it's becoming more and more apparent that the world of Rival Schools is more than ready to handle a hot-headed bully's arrogance.

Mean Girls Of Seijyun - Mitsuru just wishes to live a quiet life. But as she settles in her new identity of studying and not bullying people, it invites the worst as Tulip takes on Mitsuru in order to heckle her into a fight, all while Kaicho tries and film it. But Mitsuru finds an unlikely savior in Tulip's own mother... - Log created on 10:19:25 08/09/2021 by Mitsuru, and last modified on 22:50:46 08/15/2021. Cast: Mitsuru and Sybil.