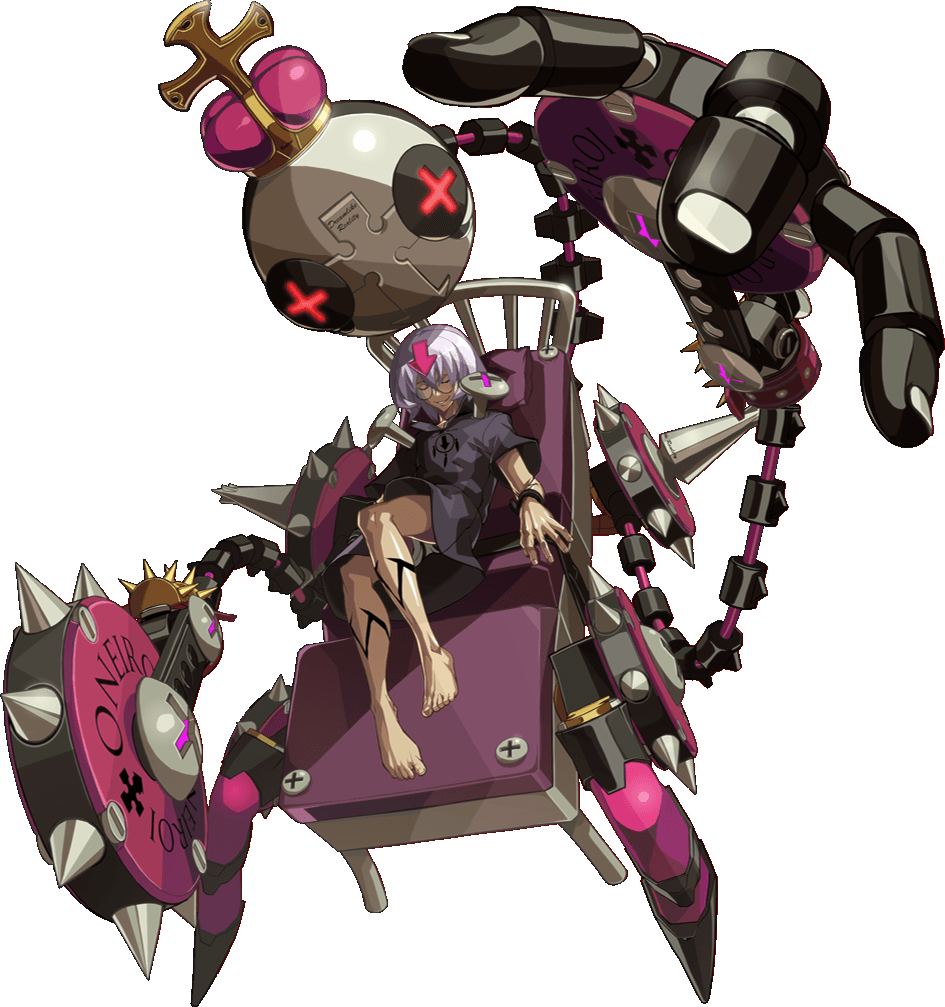 "Don't bemoan your lack of skill when you can try cursing fate for saddling you with such a miserable existence. Then again, I suppose that would have as much effect. None, to be specific."

An inexplicable pair of siblings naturally attuned to the Boundary, Bedman and his sister Delilah inadvertently sent their souls across the divide. Although Delilah's spirit was lost, Bedman remained tethered to his body, the pair considered comatose and sent to a medical facility. As Bedman survived mentally by manifesting dreams in the Boundary, he and his empty sister were discovered by Relius Clover of NOL, who engineered a method to conduit Bedman's awareness and powers through his sleeping body via iterative magi-tech beds. He has an agreement to find Delilah's soul in the Boundary in return for offering his strength when NOL interests are required off the record. This informal arrangement does not bind Bedman to the organization, and he roves freely following personal ambitions. Known only as Bedman, he uses a blend of his bed's shapeshifting technology and a powerful ability to bend reality in his proximity, with incredible psychic talents that allow him even to read minds. Yet his darkest gift is being able to draw the souls of others into the Boundary, within a nightmare realm where he is a God. When they return, all injuries they sustain are echoed, and their psyche may never be whole again. Bedman's physical body cannot handle the Boundary powers in his soul, and if he is actually woken up, he will quickly die to his own prodigious power suddenly coursing through his fragile frame.

SNF: Veterans of the Psychic Wars - The oldest soldiers are the ones deserving of the most respect. And here, at the Parthenon, is where the old soldiers are remembered. The snekgirl Sophia, dressed as a Medusa, must fight with the stoic Chinese assassin, clad as Peresus, in the shadows of the Greek Parthenon. And it would be so simple of a fight... except for the presence of Bedman. The sleeping boy, on lease from our friends at the NOL, has been entrusted in making adjustments to the natural reality as he sees fit. We hope it means tasteful Greek references of armies of old. But the boy seems to have a mind of his own. - Log created on 20:58:13 05/27/2018 by Bedman, and last modified on 14:56:18 06/18/2018. Cast: Sophia, Bedman, and Hei Xuanfeng.

Experiment Log #2018 - Masterpiece Theater - Alas, once again I fail to create a functional soul from nothing, that maintains the requirements of sustainable essence. If I could only engineer the perfect soul, I wouldn't have to depend on unreliable and difficult to acquire raw materials. At the very least, my darling son Bedman comes to pay me company. The little boy is having some bed trouble, and what kind of loving father wouldn't help their son with that. Of course, I require a little something from him, but it's only reasonable to assume that. Unfortunately, that damnable Lightning Spangles gets involved when I least expect it, and now I must do what I can to save not only my worthless son Carl, but the whole of the Novus Orbis Librarium! - Log created on 12:33:25 02/08/2018 by Relius, and last modified on 18:56:25 02/20/2018. Cast: Bedman and Relius.

A Lightning Spangles Christmas Carol - Recovering from her encounter with Kang, and her failed launching of the International House of Spangles, Jezebel tosses and turns in a fleabag motel at Metro City, her nightmares consuming her. Until, Jezebel is visited by an ghost from her past, Jessie, and is quickly sent on a spiraling journey in past, present, and future, confronting the darkness in her soul as she faces a Christmas Carol of her own making, unaware of the sinister forces behind it. A story in four parts. - Log created on 20:21:49 12/30/2017 by Jezebel, and last modified on 20:47:18 01/12/2018. Cast: Honoka, Jezebel, Morrigan, Hayley, and Bedman.