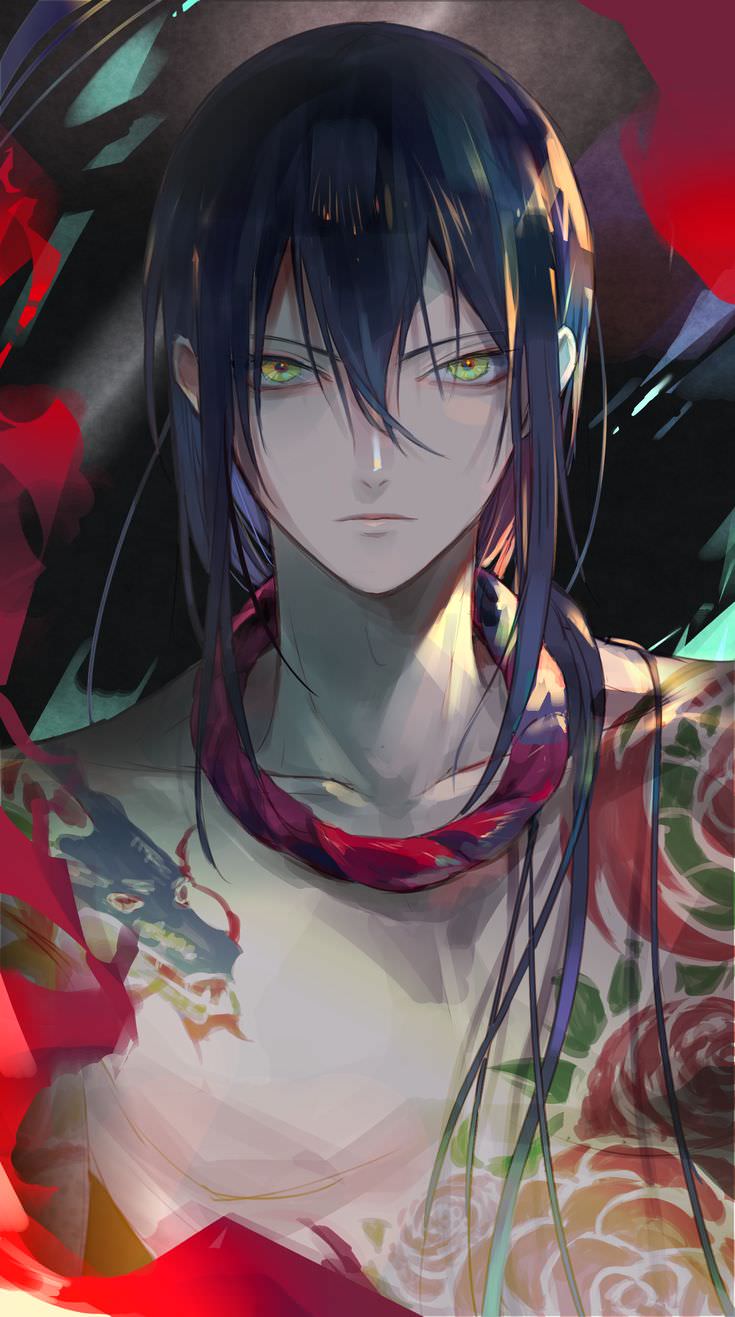 "Real power is forged from the desire smoldering in the heart. It fans into a flame and begins to burn with an intensity scarcely imagined to be possible."

Hei Xuanfeng is a new face rising up in the criminal underbelly of East Asia. He's known for his immeasurable beauty and equal sadism, which have earned him the moniker Hun Shi Mowang, or The Demon King of Chaos. Rumors say his kung fu is so deadly that it can kill a man with a single touch, and that the secrets of this art belong only to a sect of evil, reclusive monks that live in the mountains and worship the Yama Kings who preside over Diyu, the Eighteen Levels of Hell. All of this, of course, is rumor and speculation. No one truly knows from where the mysterious figure with the rose tattoos and startling green eyes came. He appeared like a ghost and is often known to vanish like one as well. The only constant is that where he treads, bloodshed and death follow.

Hei was born Li Jůnjié, a bastard to a Chinese mother who worked for a British diplomat during the British occupation of Hong Kong. He is bi-racial, which is a source of contention for him, as it makes most Chinese people more prejudiced against him. When he was a small child, after the turn over from British rule of HK to the Chinese, his father returned to the UK, and Jůnjié's mother was left unemployed. Unemployment quickly become near-starvation levels of poverty, and so she turned Jůnjié over to a local Taoist sect to become a monk so that he would be cared and provided for.

Jůnjié was always resentful of the monastic life. He simply wanted to return to his mother. It didn't help that the other children in training called him mongrel and dog, because of his half-blooded nature. His master, though, was steadfast and kind hearted and never gave up on the boy. Fearing for his development, Jůnjié was sent to the temple in Wudang, the birthplace of the Taoist sect, and it was there that he was exposed to the legends of Wáng Fengléi, the King of Wind and Thunder, and his unstoppable martial art. The monastery he was at was, in particular, responsible for holding one of the ancient scrolls that supposedly detailed some of the secret killing arts of this invincible school of Kung Fu. Jůnjié became fascinated with these tales of this legendary figure who held seven kingdoms hostage by sheer fear of his prowess, and his mythical disciples who helped to found various martial arts that still exist today, derived from this original deadly art.

Fascination became obsession, and obsession became resentment. Though Jůnjié grew into a disciplined student with exemplary martial talent, he was not of a rank to even be allowed to lay eyes upon the ancient scroll, much less study it. Years of anger, frustration, and feeling powerless began to fester in Jůnjié's heart. This eventually led to him attempting to sneak into the shrine where the scroll was housed, in the attempt to study it for himself. However, Jůnjié was caught by the temple master, who lived in the same building. In the moment, Jůnjié panicked, and wound up killing the master. With nothing left to lose, he stole the scroll along with a set of ancient gauntlets that were claimed to belong to Wáng Fengléi himself, and fled Wudang.

Returning to his home in Hong Kong, a wanted criminal, Jůnjié found out that his mother had died homeless, and destitute. Not only that, but that word had been sent for him at the monastery, so that he might come and observe proper burial rights for her. It seemed that the monks of the monastery had kept his mother's death from him. As a result, she was simply cremated by the state, treated as any other pauper.

Jůnjié decided then and there that he could not, and would not live a life of poverty, forced or aesthetic. He would take all that he wanted. He would live his life to the fullest. He would live in excess and enjoy the finest things in life. Wine. Women. Cars. Clothes. Whatever he wanted, he had the power, with the scroll, to take. But the thing he wanted most of all was to complete the collection of the five scrolls that would unlock the truth of the Soul Annihilation Fist. In order to do that, he would need money, and lots of it. Tracking them down, traveling the world, and possibly bribing police and officials.

So, Jůnjié became Hei Xuŕnfeng, The Black Whirlwind, and began working in the seedy underbelly of Hong Kong's criminal underworld. He quickly became known as an expert assassin, able to kill men with a single finger due to the skills he had learned from the scroll he had. Within no time, he had gained a level of notoriety, with some even giving him the nickname "Hůn Shě Mówáng", or The Demon King of Chaos.

Over time, Hei managed to procure two more of the scrolls, each imparting on him more of the overall secrets of his killing art. Now, his name is starting to be whispered internationally, his deeds starting to draw the attention of those above him. Meanwhile, Hei is starting to piece together the first parts of true understanding of Línghún Yinmič Quán, and the terrible price that needs to be paid if one truly wishes to harness its true potential.

[The Bell Tolls] TBT Act 2 - Pattern Recognition - Scarlet Dahlia's been successful in baiting out Southtown Syndicate -- but one thing she -hadn't- anticipated was attracting the curiosity of the Illuminati. In contrast to Duke's straightforward methodologies, the Illuminati have been able to suss out the greater meaning behind Dahlia's subversion. So far they've been able to blackmail and intimidate a number of corporate interests and government officials favorable to her agenda. In the process, the pair has uncovered a telltale pattern of real estate divestiture, suggesting that Dahlia's loss of territory might be only temporary. Destroying the properties she's supposedly abandoned would certainly end her plans to reclaim them after the conflict's end. But that's where the pair might run into difficulty, as Dahlia can track from the air with the aid of high-altitude drones. Perhaps she can strongarm the pair into realizing the errors of their ways... - Log created on 10:36:46 07/31/2018 by Honoka, and last modified on 12:07:18 08/09/2018. Cast: Honoka, Siren, and Hei Xuanfeng.

[The Bell Tolls] TBT Act 1 - Dropping Subtle Hints - Jezebel's associations have become more and more dangerous, more and more suspect, and more and more delusional. The madness of the actress has caused a dangerous shift in world politics. One that the Illuminati has marked for investigation. Hei Xuanfeng, a recent recruit in the organization, has been tested to inspect one of the border sites in secret. The effort, however, draws the attention of the high-kicking cowgirl, who is sharing an equal inspection. Marking her as a person of interest, Hei may have to use the most insidious Chinese technique of all to get the answers he needs: romance. - Log created on 13:18:50 07/17/2018 by Jezebel, and last modified on 02:37:56 07/25/2018. Cast: Jezebel and Hei Xuanfeng.

[SNF 2018.06] SNF: Beachfest! Hitomi vs Hei Xuanfeng - It's a Saturday Night Fight! A karateka versus a Kung-fu Practitioner set against a backdrop of: drrrrrruuuumroooooo-ol.. Niki beach! One of the most beautiful and unspoiled tropical locations this presenter is aware we're still allowed to use. *mic squeal and awkward silence* Fists will fly at this location! /and/ through the medium of television and production magic!! You! The home audience will feel you're actually right there! ... sounds like a matchup made in Heaven! - Log created on 03:21:03 06/26/2018 by Hitomi, and last modified on 15:41:58 06/28/2018. Cast: Hitomi and Hei Xuanfeng.

House Call - Not long after being recruited by the agent of a shadowy organization, Hei awakens from a drug-induced slumber in the midst of an old abandoned warehouse and soon finds himself engaged in a (mostly) harmless bit of sport as his skills are put to the test. - Log created on 01:39:25 06/21/2018 by Siren, and last modified on 11:50:42 06/24/2018. Cast: Siren and Hei Xuanfeng.

[SNF 2018.05] SNF: Veterans of the Psychic Wars - The oldest soldiers are the ones deserving of the most respect. And here, at the Parthenon, is where the old soldiers are remembered. The snekgirl Sophia, dressed as a Medusa, must fight with the stoic Chinese assassin, clad as Peresus, in the shadows of the Greek Parthenon. And it would be so simple of a fight... except for the presence of Bedman. The sleeping boy, on lease from our friends at the NOL, has been entrusted in making adjustments to the natural reality as he sees fit. We hope it means tasteful Greek references of armies of old. But the boy seems to have a mind of his own. - Log created on 20:58:13 05/27/2018 by Bedman, and last modified on 14:56:18 06/18/2018. Cast: Sophia, Bedman, and Hei Xuanfeng. 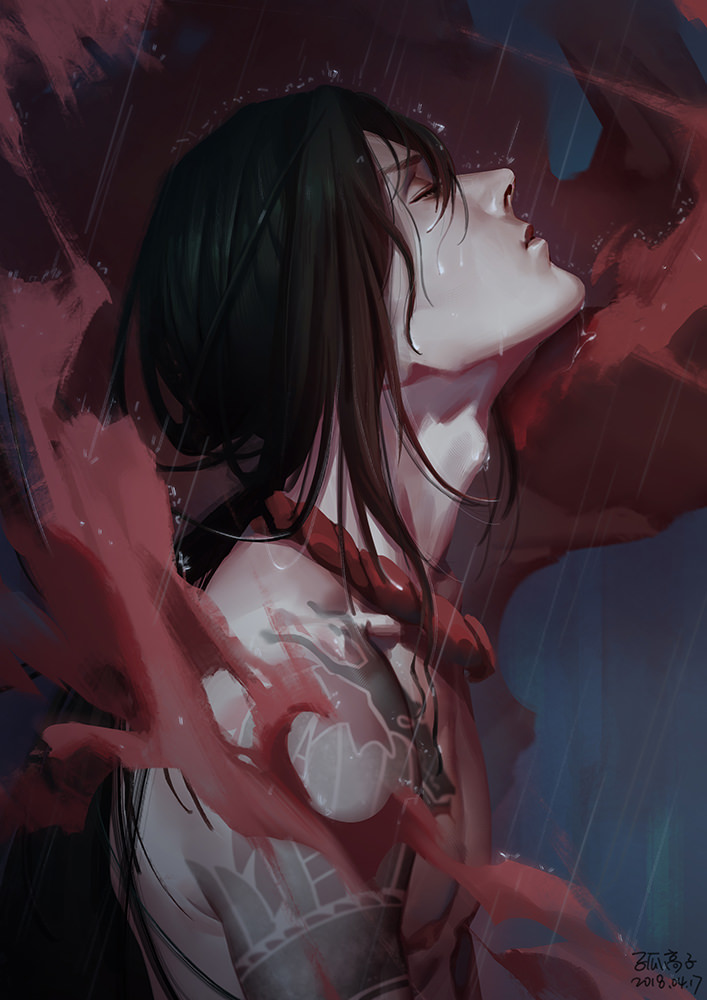 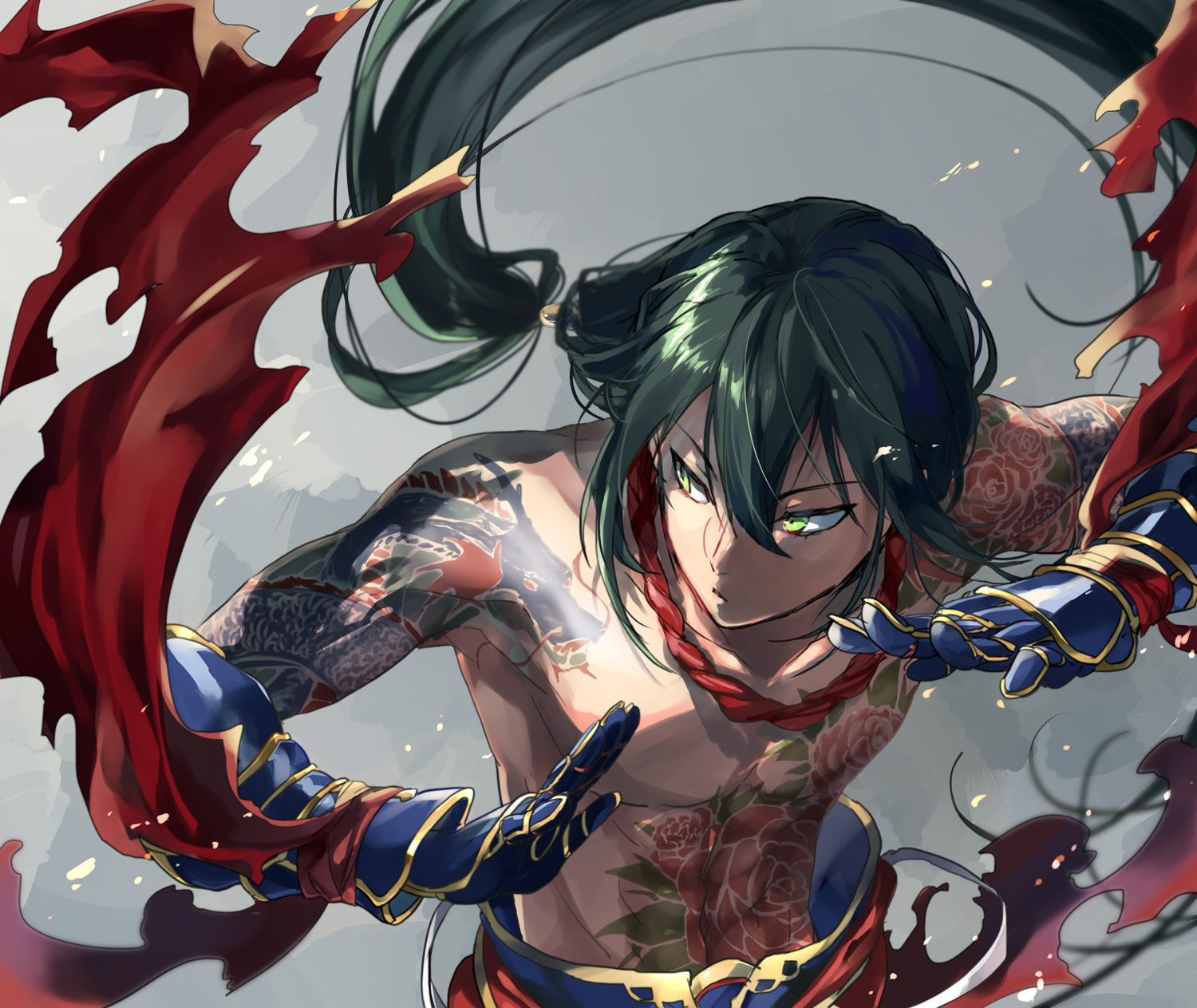 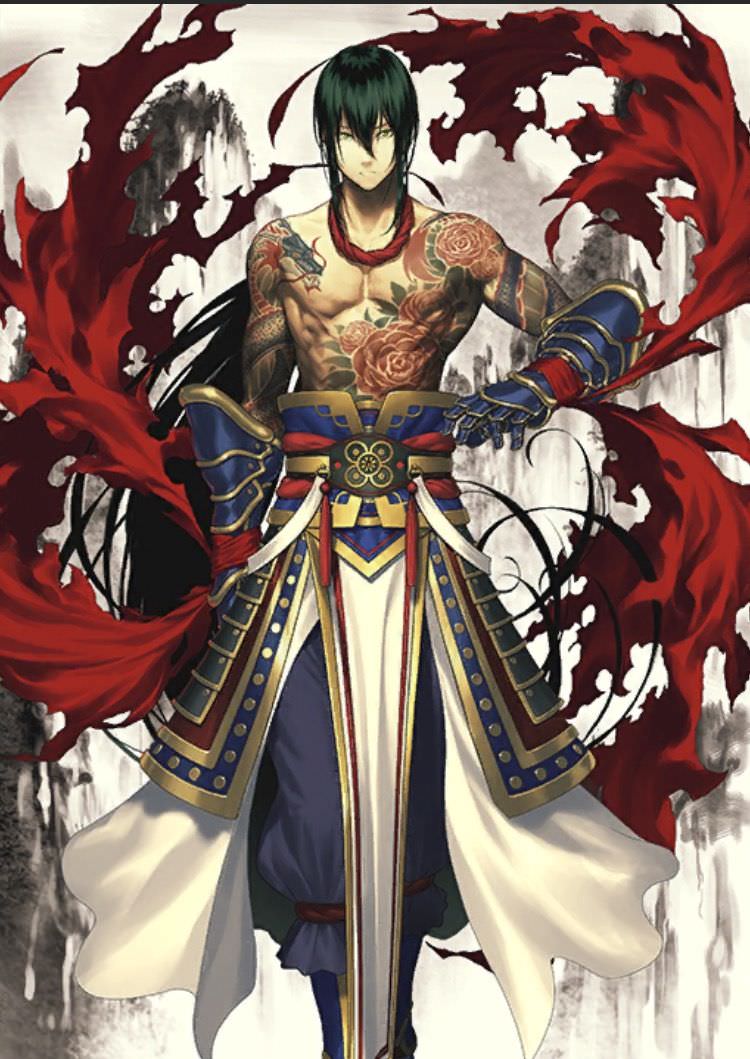 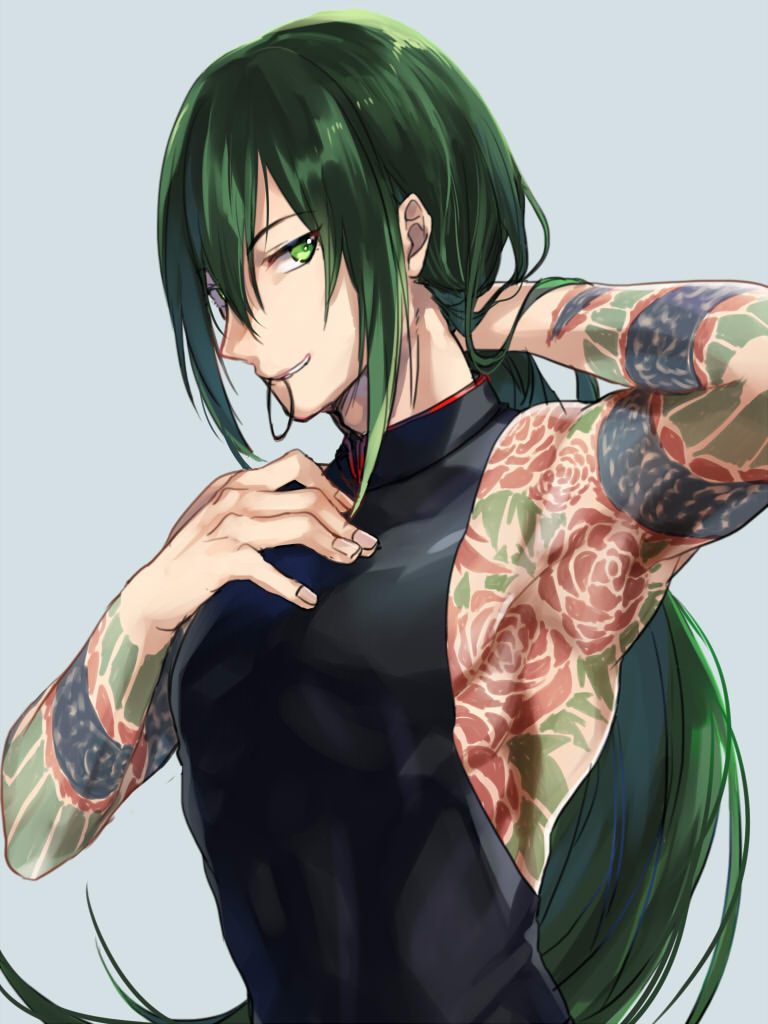 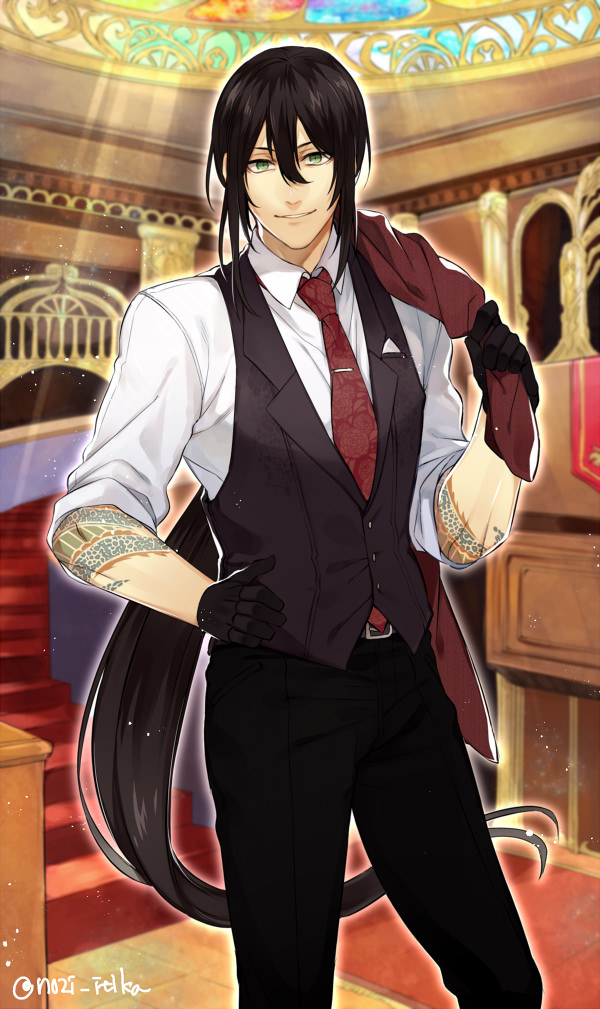 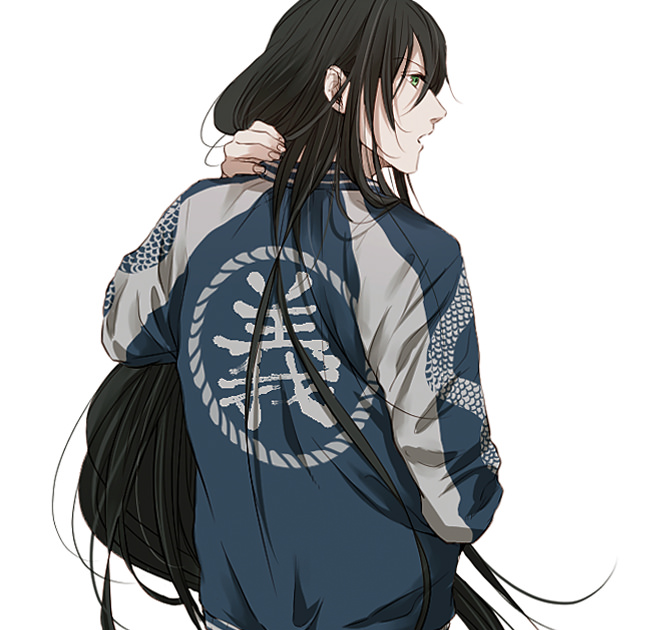 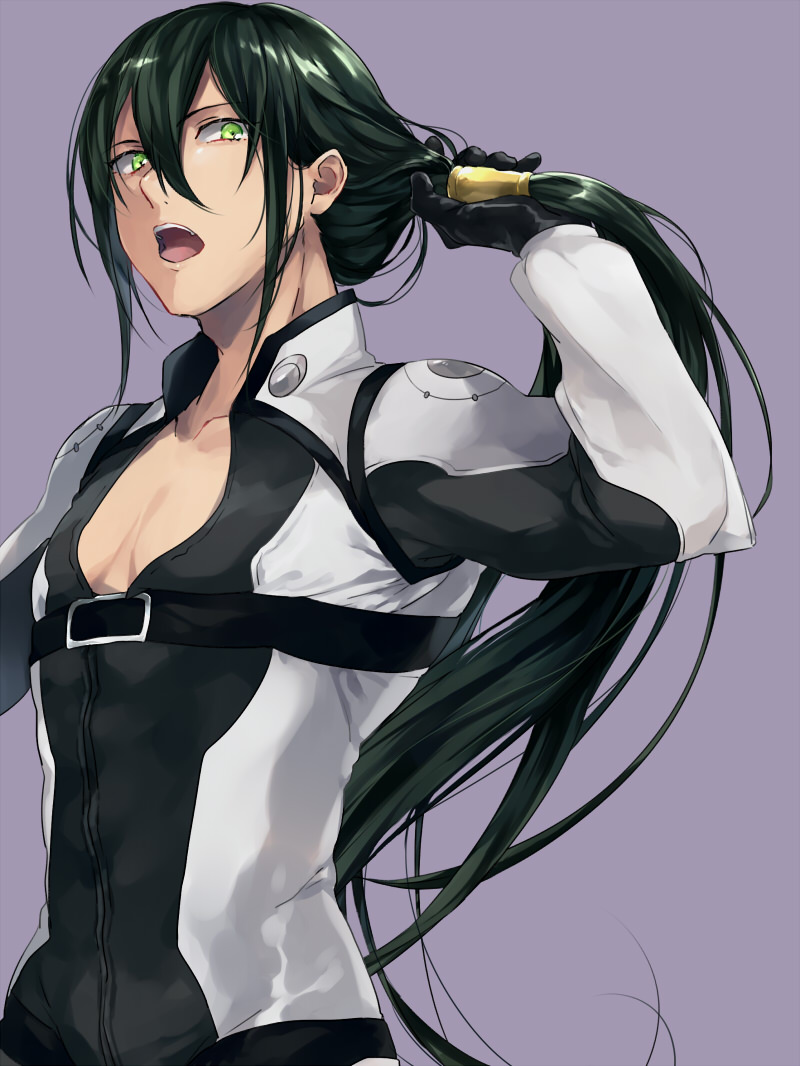 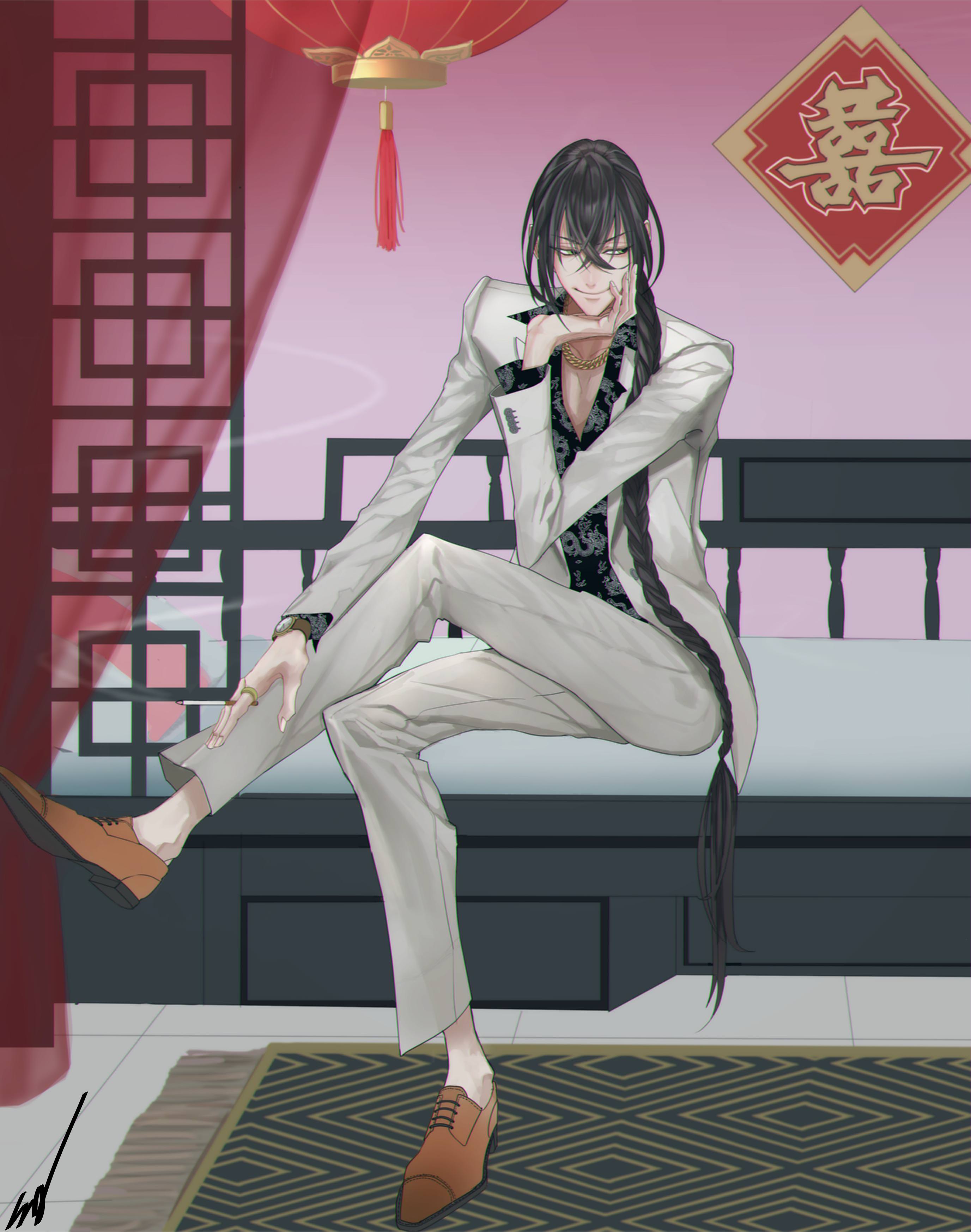 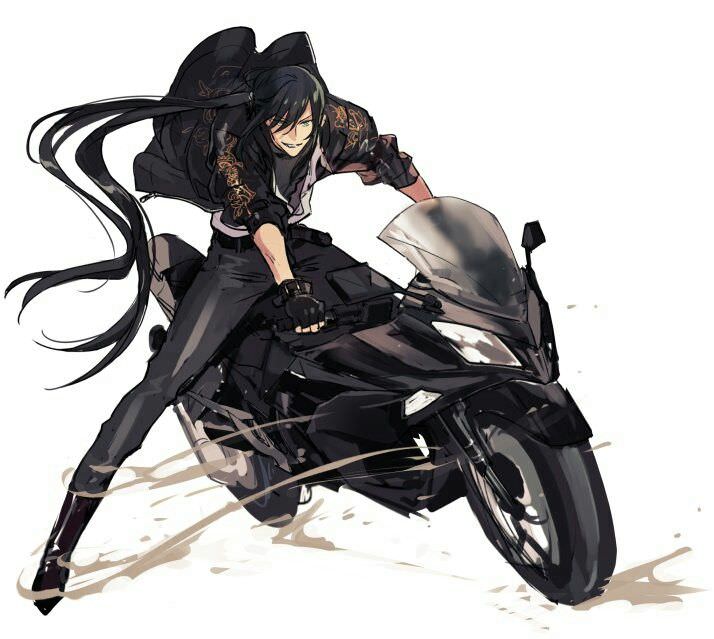 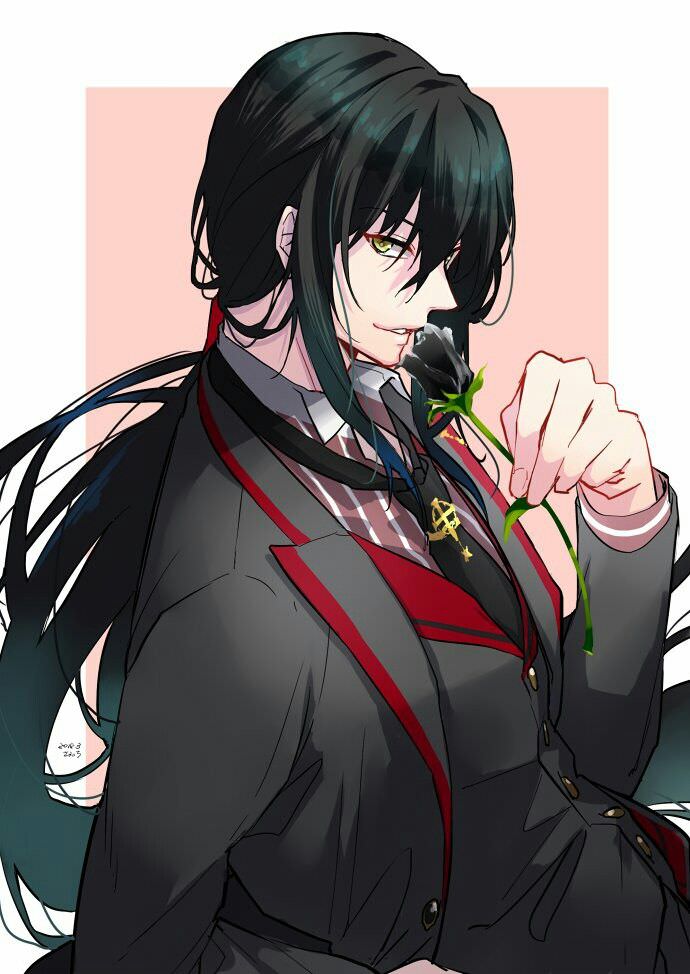 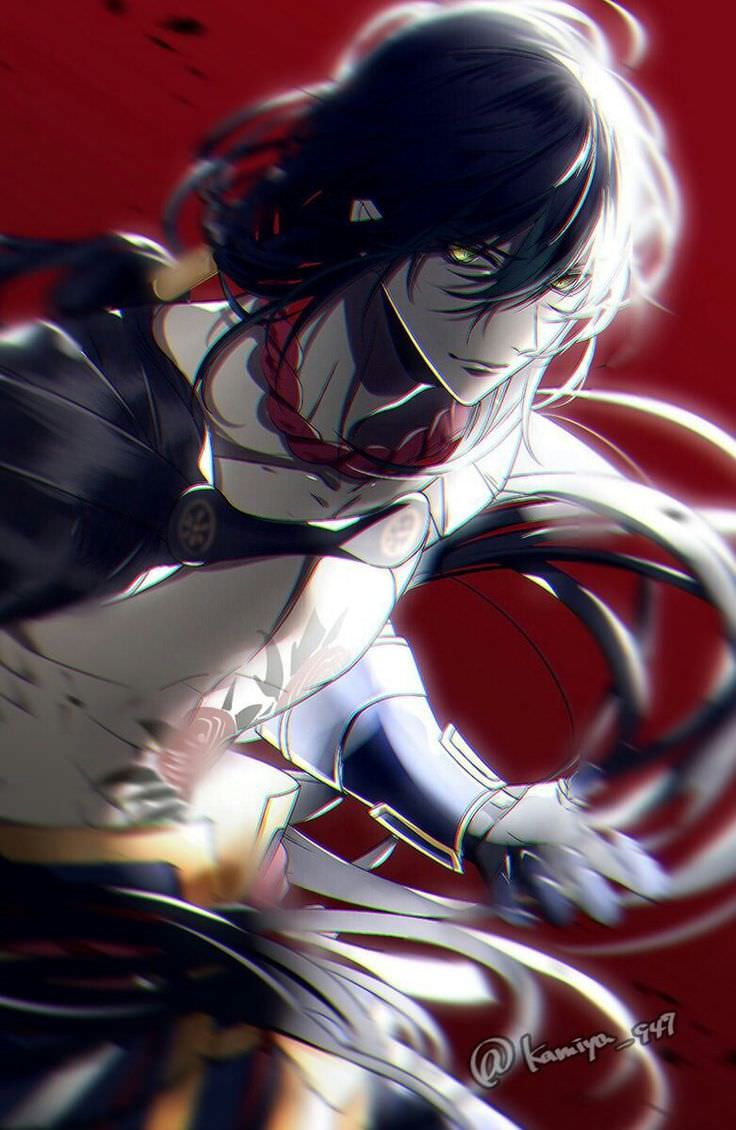 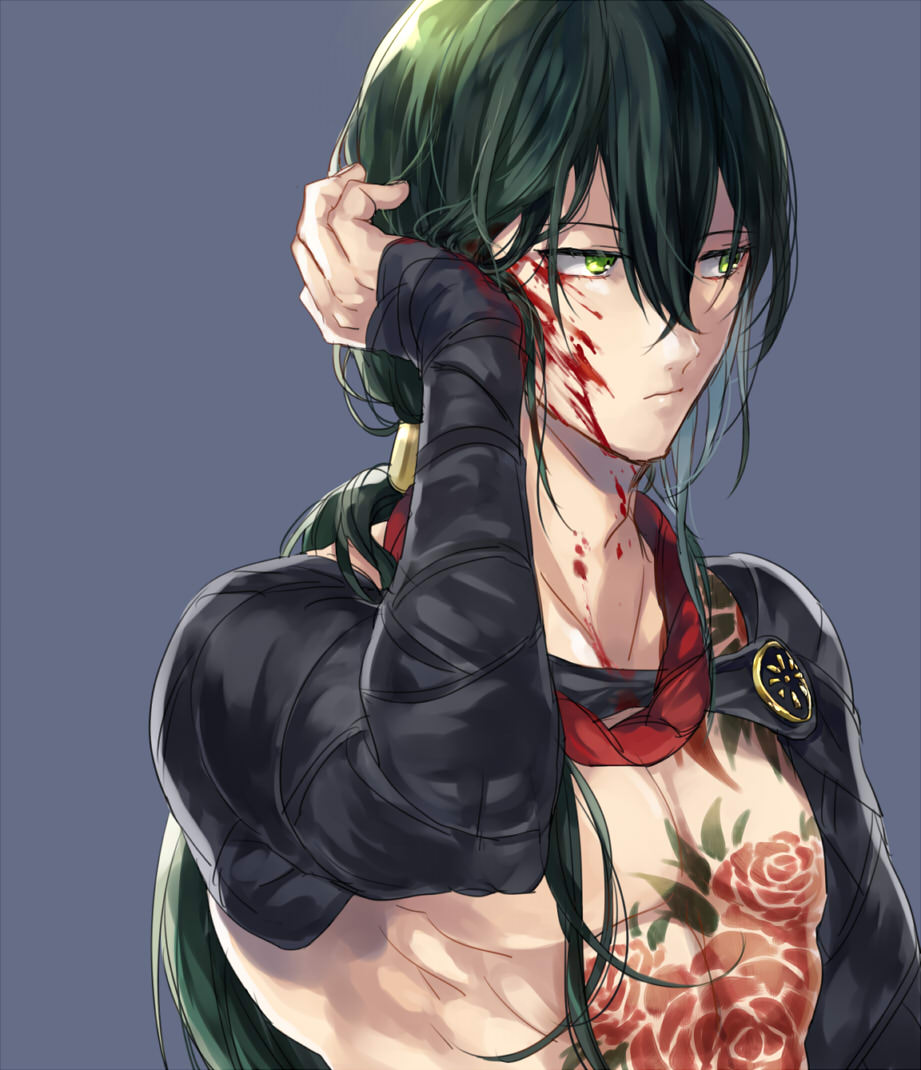 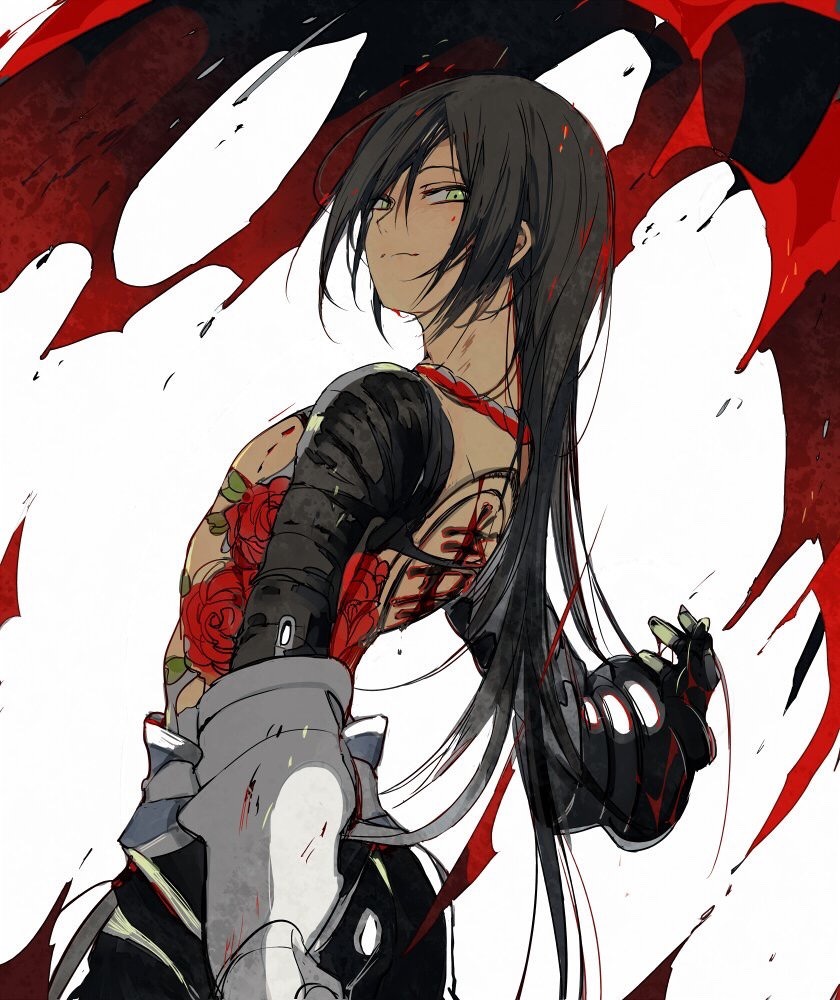 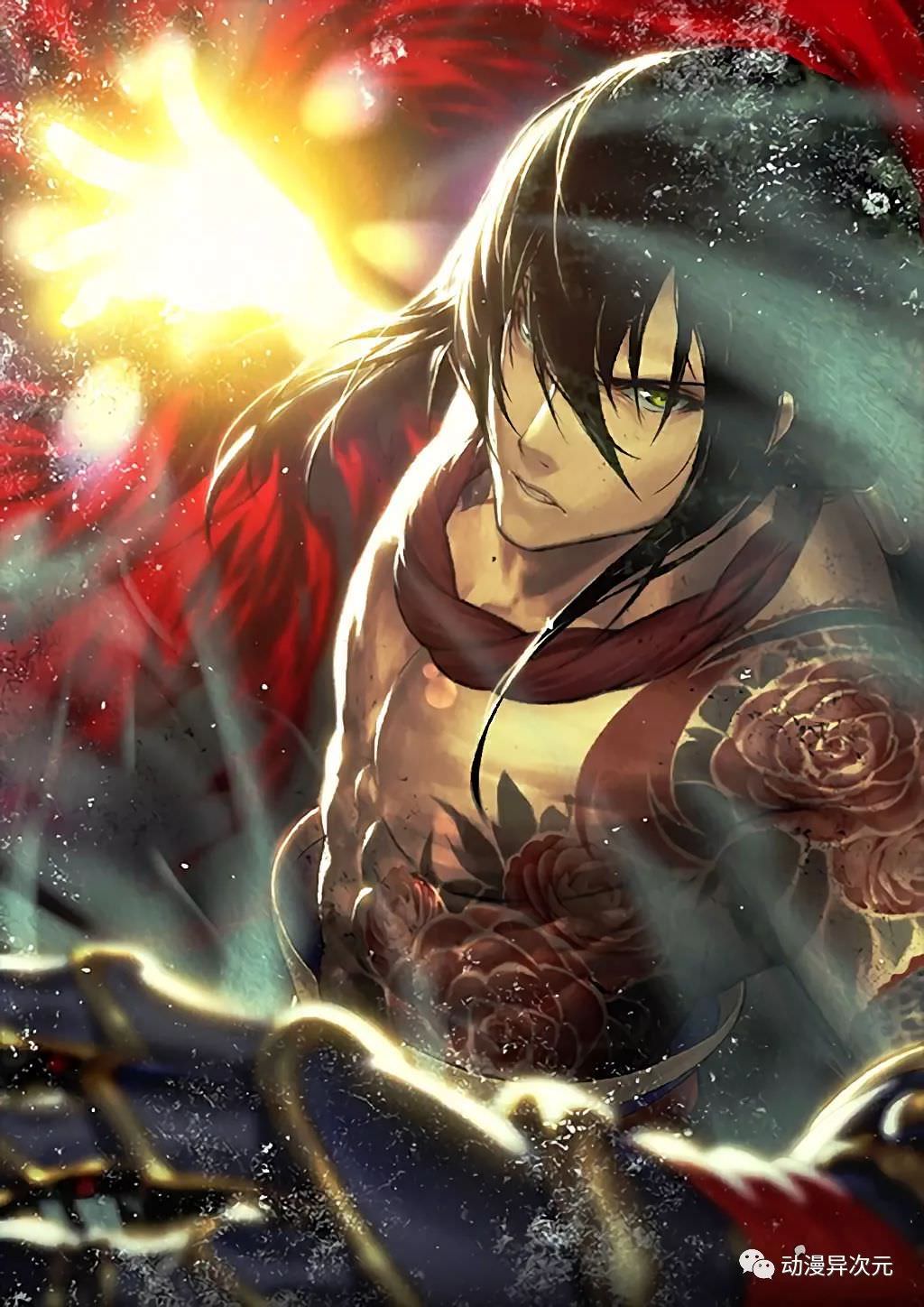 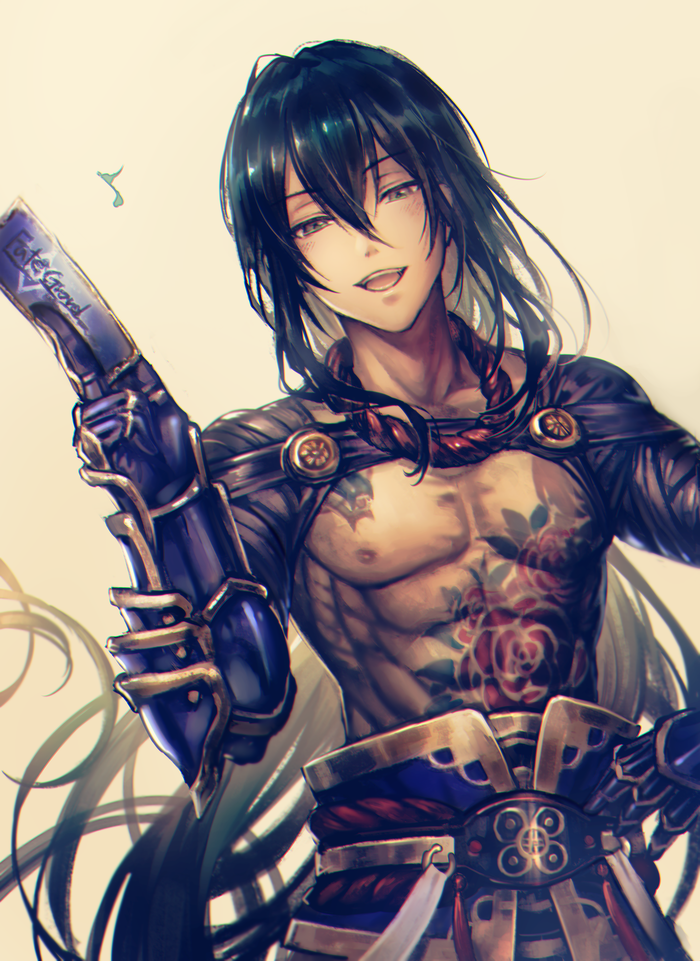 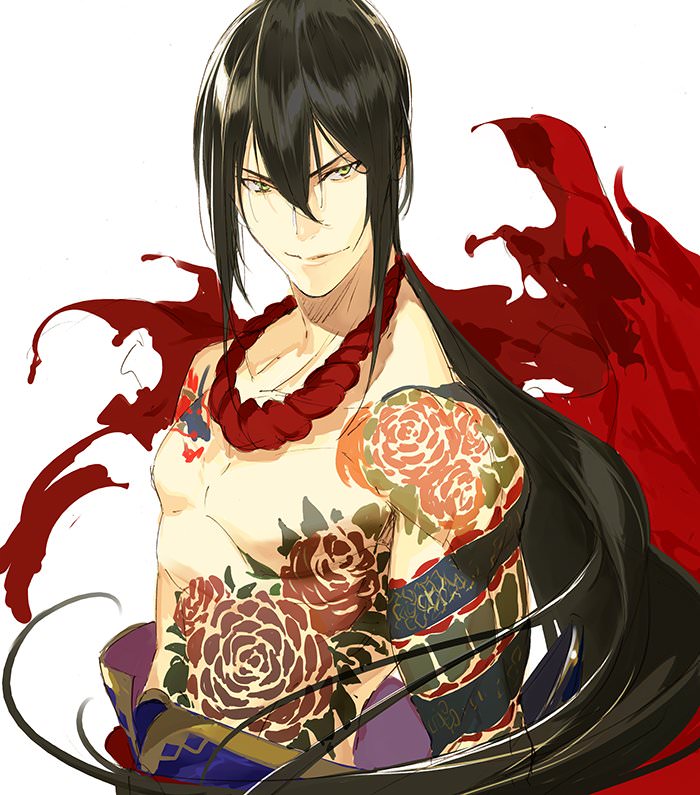 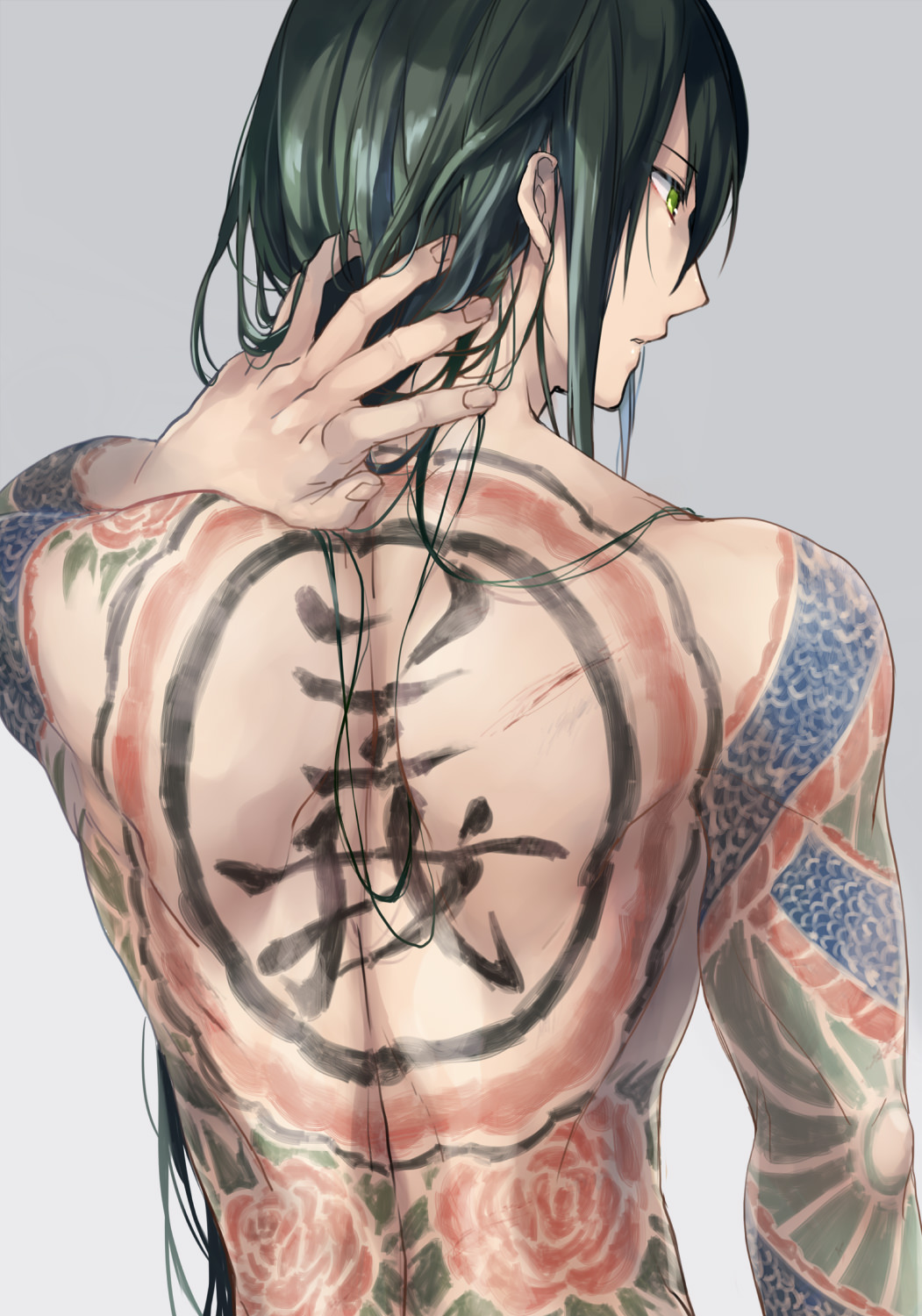 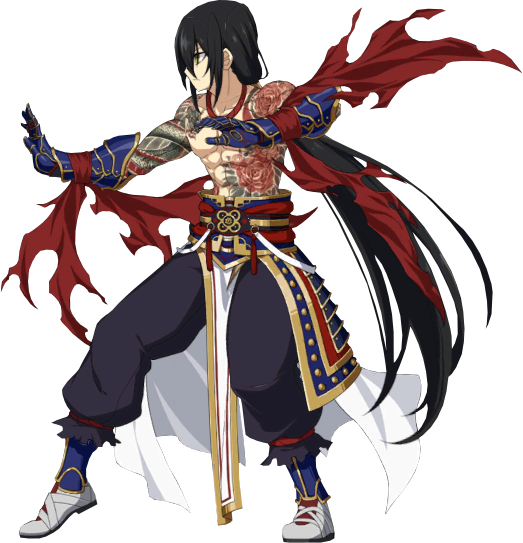 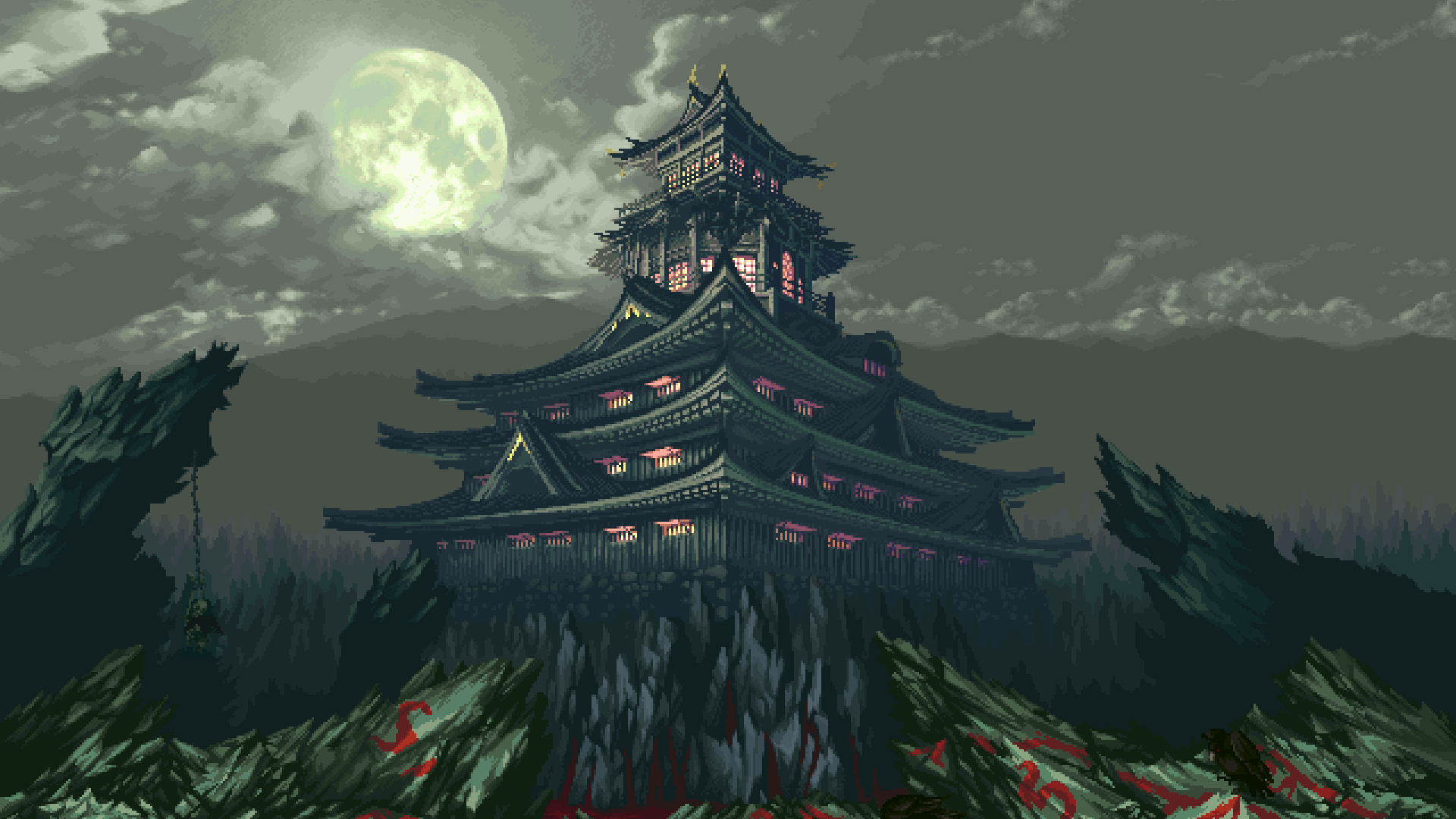