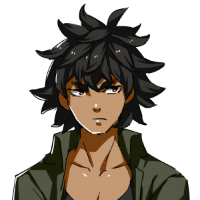 Senna has quite the legacy to live up to. According to her family history, they've been warriors for the royal family of Thailand, famed, feared soldiers of fortune and dispensers of righteous beatdowns for ages immemorial. In more recent years, the Chaiket family has produced champion Muay Thai fighters, professional soldiers of the highest caliber, and other such luminaries. Senna is poised to follow in this tradition, being the only child of parents who met while on competing on a covert mission assignment. There's just a couple problems for her--she doesn't want to be a soldier and she doesn't practice Muay Thai. In fact, she's flaunted the family tradition by instead focusing on Western-style boxing, of all things. She trained at several gyms in Japan and the US, but ultimately was unable to find entree into the boxing world--and with her family's disapproval meaning she can't go home, she's taken her skills to the street fighter's world, adapting her boxing style to be more than capable against fighters who don't just stand there and wail on each other, and her modifications to the style as well as what she's learned in the boxing gyms have shaped her into a fighter who's part 'Raging Bull' and part technician. Senna's become known for two things--a fierce temper, and what seems to be a total disdain for her own body--abusing it in what looks to be a horrendous fashion in and out of the fights. Still, she isn't totally antisocial, though she rarely puts up with, well, -anything-, which more often than not leads to her fights, rather than a scheduled event.

[The Bell Tolls] TBT Act 3 - Level Complete - Franco's efforts in breaking the Syndicate has kept the power of the criminal organization in check against the common people. The Syndicate's violence against the citizens has come to a halt, with only one last band of interlopers transgressing in the villages. The Syndicate has come to respect the street vigilantes like Franco, and has been forced to steer the laymen gangsters away from him. But as Franco reaches the end of his stage, a contractor stands at the end of his path. Is she friend or foe? Or a boss for him to face down at? - Log created on 20:10:48 10/16/2018 by Franco, and last modified on 23:22:58 10/20/2018. Cast: Franco and Senna.

[The Bell Tolls] TBT Act 2 - Know Your Worth - Senna's mission to raze one of the the Scarlet Dahlia's safehouse went awry, leaving her captured and at the manipulative crime lord's mercy. With the Huntress responsible for Senna's capture at her side and in her ear, Dahlia offers the boxer a chance to make up for the sins nearly committed against her. - Log created on 12:45:18 09/26/2018 by Bulleta, and last modified on 10:17:53 10/15/2018. Cast: Honoka, Senna, and Bulleta.

[The Bell Tolls] TBT Act 2 - Maniac Mansion - Senna gained some rare intel and parlayed it into another job for herself. In search of profit, Senna makes her way to one of the closest threats to Syndicate territory, a a Japanese-style inn in Kasukabe which has been closed for years -- despite the number of late-model cars parked outside. Indeed, the series of deathtraps Bulleta has planted around the ryokan would probably keep it out of the latest Zagat tourism guide. Senna's mission -- subdue the ryokan's defender and raze the inn to the ground! - Log created on 22:38:49 08/25/2018 by Bulleta, and last modified on 18:51:32 08/26/2018. Cast: Senna and Bulleta.

[The Bell Tolls] TBT Act 1 - Warehouse Sale - The Syndicate is making a move against Honoka and the Akatsuki. Part of that is denying the Akatsuki access to their resources--and Senna's been hired on to help with that. Her mission: Assault an Akatsuki warehouse. With mayhem in mind, she walks right up to the gang-guarded warehouse to make her play. - Log created on 22:25:56 07/01/2018 by Senna, and last modified on 16:38:19 07/09/2018. Cast: Kazuki and Senna. 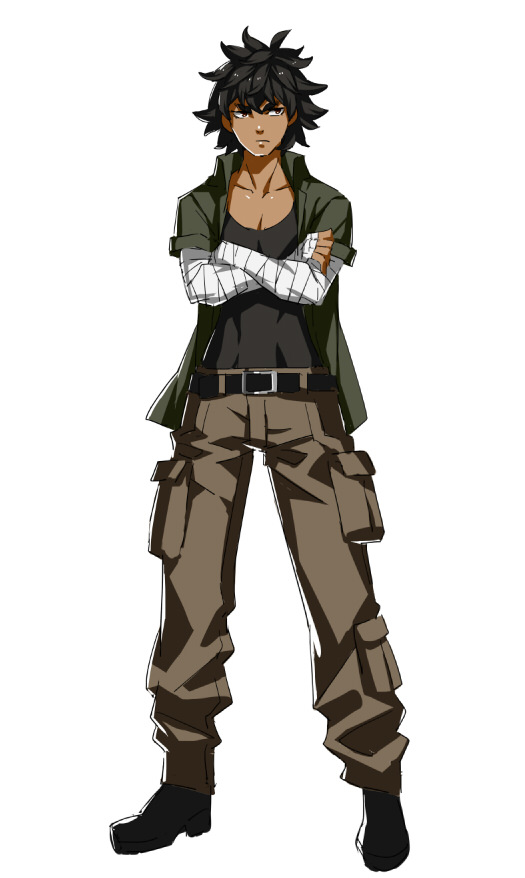