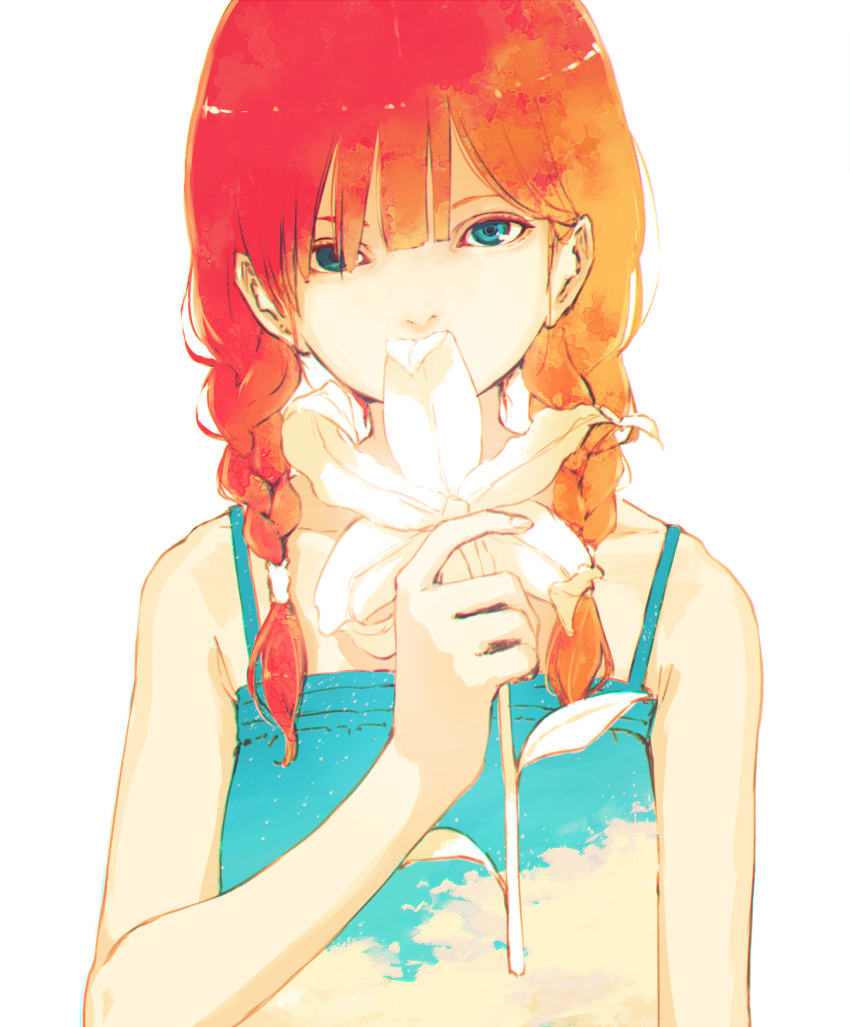 "I work hard so I don't disappoint everyone who believed in me."

Most fighters train hard under a master or by being forced to survive the trials of a violent life; Pepper Green got where she is by pretending. From a young age, Pepper was gifted with an incredible talent for imitation, whether it be voices, mannerisms, or fighting techniques, and she was always encouraged by her parents to use her gift to the fullest. After being selected to take on the role of Lightning Spangles for a new generation, it seemed as if Pepper was set for a meteoric rise to the top until her parents were killed in the Majigen disaster. The suits held back on their new product as they worried about how to handle the newly orphaned girl, but with the precipitous fall of Jezebel Faiblesse's career, Pepper Green is being thrust out into the spotlight, forced to fill a big pair of cowboy boots.

Let's Make A Deal - Chasing the biggest bounty of her life, Bulleta tracks Pepper Green down to the small city in Oklahoma where her team's been keeping her out of the public eye while the controversy of commissioning said bounty fades. - Log created on 20:45:08 05/30/2018 by Bulleta, and last modified on 11:43:03 05/31/2018. Cast: Bulleta and Pepper.

[SNF 2018.04] SNF: Adopt A Spangles - Sometimes, even famous people can be orphans. The world famous Lightning Spangles actress, Pepper Green, had tragically lost her parents in the Metro City Incident. Thus, she has always been ready to be adopted. Why not Jezebel, the old, unofficial Lightning Spangles? But stopping her is one of the current 'Fake' Spangles, Hayley Bretherton, AKA Aussie Spangles. The actress has also lost her father, and can turn to Jezebel as a second mommy or even a father figure also! Taking place in Antelope Canyon, both Aussie Spangles and Lightning Spangles must fight it out on who will have the honor of calling Jezebel mommy. The winner will get to choose is they will be adopted by Jezebel, or graciously allow their counterpart to be adopted instead. - Log created on 15:39:25 05/02/2018 by Jezebel, and last modified on 17:57:48 05/04/2018. Cast: Honoka, Jezebel, Pepper, and Hayley.

[Circuit of Champions] SNF: ROOKIE RED BELT - Lightning Spangles vs Quon - Lightning Spangles (the one people like) has held the Rookie Red Belt far longer than the other Lightning Spangles, acting as a bulwark against all up and comers from making it big. With the Rookie Riot wreaking havoc in the underbelts, she faces a challenger from out of the blue. The Chongquan student Quon Chen brings his dynamic flair right to the footsteps of the Spangles Fast Food Restaurant. Can the littlest Spangles defend her title in front of her all her adoring fans? - Log created on 19:46:44 04/12/2018 by Pepper, and last modified on 22:11:46 04/15/2018. Cast: Quon and Pepper.

[SNF 2016.07] SNF: Two Americas, One Cup! - Did you know that Canada and America used to be part of the same country? That’s incredible! Though that country is being kinda unpopular right now. Fortunately it is the perfect place to talk about cooler independent countries. Canada and America are never unpopular. To help identify how awesome these countries are, why not celebrate their holidays together! To help on this journey through the shared history of both America and Canada, to celebrate 4th of July And Canada Day, we are going to have the combined talents of Lightning Spangles with the lead singer of Killasaurus Orphanage to help you out! A little known fact: Just like with Thanksgiving, both countries were liberated on the same day, but they ended up being recognized on separate dates because of the metric system! MURICA, EH! <Winner: Alexis> - Log created on 20:31:47 07/03/2016 by Pepper, and last modified on 09:37:03 07/07/2016. Cast: Alexis and Pepper.