"A little flat? We'll see who's a little flat when I'm through with you!"

Brash, loud, ill-tempered and rude, Alexis Lovell has been hailed by some critics as 'potentially Canada's second greatest embarrassment since Nickelback.' The young lead singer and guitarist for Canadian hardcore punk outfit 'Killasaurus Orphanage' has recently begun to transcend local fame in her hometown of Toronto by joining the professional fighting scene in impromptu fashion when a local fighter openly criticized her singing. Her self-taught brawling style incorporates both her instrument of choice and an unusual form of chi: kicks and strikes produce melodic tones as they cut through the air, while her more crushing blows impact with resonating, often dissonant chords. This, along with her style of dress, has polarized fans, detractors, and the conservative media since her debut.

BENOIT "BENNY LAVA" LAVOIE:
Indian/French Canadian lead guitarist renowned for ridiculous pompadour and for
getting an upset stomach when nervous.

Mohawked drummer from Mohawk College with a degree in Actuarial Science.
Responsible for band's occasional dips into unusual time signatures. Doubles as
the band's accountant. No relation to Travis Barker.

The band's bassist. Sweet girl, but unfortunate sense of nickname selection.
No one has the heart to tell her. Likes to dye her hair different colours every
week.

If you're interested in auditioning for Killasaurus Orphanage or otherwise
creating a link with the band, contact me! Feel free to page or @mail.

SNF: Idol Showdown: Rats In A Cage - Two winners of regional auditions for Professional Fighting Worldwide's new Idol Showdown Series meet in a head-to-head battle combining musical might with pugilistic prowess! Demonstrating our commitment to the security of our fans and fighters alike, this karaoke kombat kontest will be hosted in the cage of the Meson De Las Flores, allowing live viewers to safely experience the exhibition without diluting the sonic purity of the battle! The trick is, there's only one microphone, suspended above the ring. Who will get the chance to let loose with their big finale when it's time for the coda? - Log created on 11:43:38 07/29/2020 by Alexis, and last modified on 17:13:05 08/03/2020. Cast: Alexis and Tairyu.

SNF: Tokusatsu Sentai - In Japan, every summer brings a new and exciting batch of heroes for all the children to look up to and spend all of their parent's hard earned money on the toys for. In celebration of this year's Cross-Over Super Sentai team-up, May Lee will get to live her life to the fullest upon the center stage as Mighty Yellow of Super Sentai Mightranger! Alexis, will be representing the leader of the upcoming team, Gomi Red from Super Sentai Bureiranger. Will May Lee's justice as Mighty Yellow prevail? Will Alexis show her stuff as Gomi Red? It doesn't matter, because either way the kids are going to love it! - Log created on 18:52:23 06/28/2018 by May Lee, and last modified on 20:13:41 07/01/2018. Cast: May Lee and Alexis.

B2 Qualifier Match: Team Balance vs Sound And Fury - Right in the heart of the Windy City, two teams battle for the headliner of the great split, with returning faces coming to a brutal face to face match. Team Balance will be facing off against Sound And Fury, as wild card runs against wild card. Team Balance brings the returning ninja Ryu Hayabusa with a fresh new team, coming into the tournament with the beautiful Kasumi and the strange, even more beautiful Alma at his flanks. Facing against him is a practical army of Sound and Fury. Alexis returns with her new partners, the alien Aranha, the belligerent Tabitha, and what looks to be a cosplaying dragon mascot, Walter. The professional faces the weird in Chicago, as Balance collides with Sound and Fury in the fight for the 2nd Bracket. - Log created on 20:43:18 08/07/2017 by Aranha, and last modified on 14:52:20 08/15/2017. Cast: Alma, Aranha, Kasumi, Tabitha, Ryu Hayabusa, Alexis, and Walter. 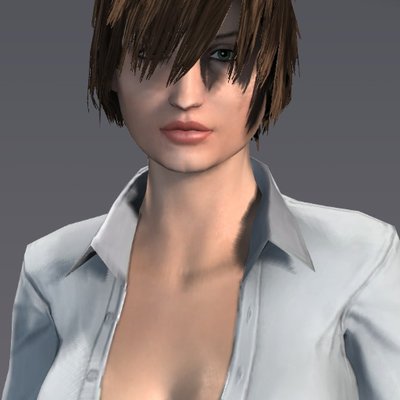