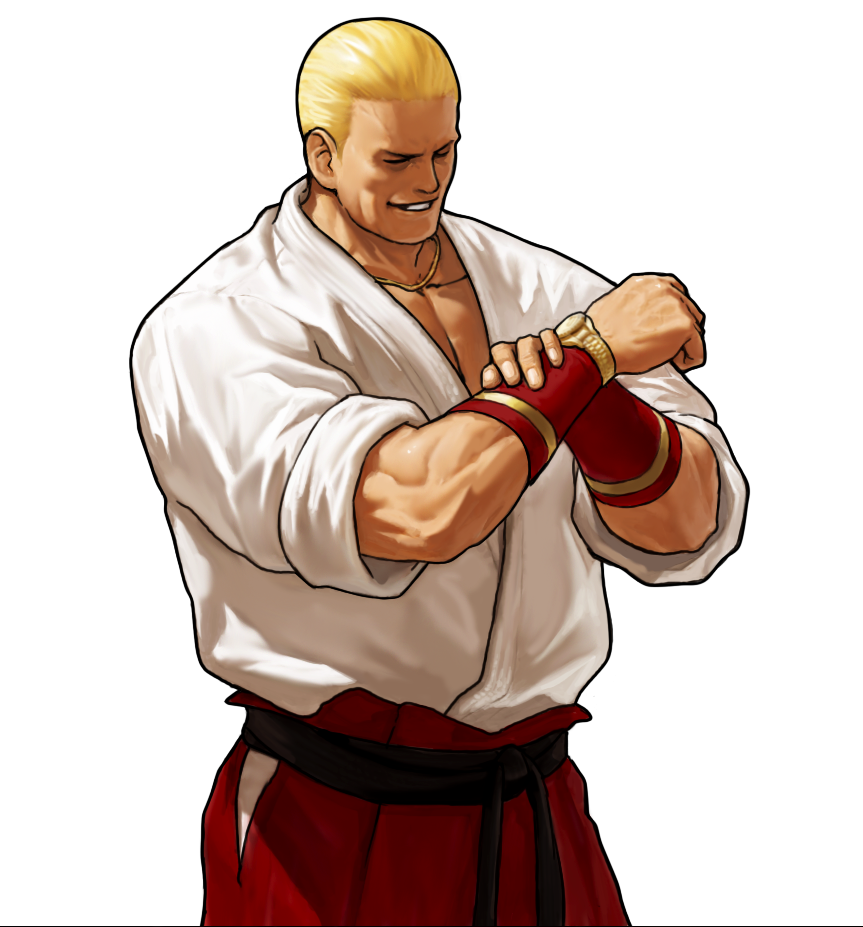 "Scum should know its place."

Geese Howard was born into poverty, but the charismatic, quick-thinking young man soon realized that power, and not money, was the key to success. Training first in the art of Kobojutsu, he later abandoned it to walk the path of Hakkyokuseiken. The school's master, Tung Fu Rue, wisely recognized Geese's unstoppable thirst for power, and passed the secrets of the school to Geese's training partner Jeff Bogard. Enraged, Geese Howard quit the school and resolved to use the discipline and skills he learned to forge a vast, world-spanning empire as the CEO and founder of Howard Enterprises. But beneath the unshakable public facade of Howard Enterprises also lies the world's largest criminal empire, the Syndicate. Though many see him as a businessman first and foremost, underestimating the power of this self-made billionaire is likely to be a fatal mistake.

Suspected of utilizing supernatural powers in the furthering of his criminal enterprises.

Eternal Rivals - After his attack on Rock, Terry is unsurprised to find himself being called out; and after measuring himself against Geese once more so long after their first fateful rooftop match, it's clear that the Legendary Wolf will need to sharpen his fangs...! - Log created on 01:30:04 06/25/2021 by Terry, and last modified on 23:01:13 06/30/2021. Cast: Terry and Geese.

KOF: A Syndicate Broken - A shipment of Cruggs seems so innocent. After all, the unholy union of Crocs and Uggs is a somewhat niche item. And yet, the limited run is a prize for the King of Fighters... and more importantly, it is in holding by the Southtown Syndicate. As the leadership audits what it means and who is holding the cargo, Okuno is sent to investigate a Syndicate warehouse that holds several cargo containers of the terrible shoewear. However, a personal meeting at the same site from Geese reveals a rift within the Syndicate, as one of its leaders is suspected of treachery. - Log created on 19:49:47 06/07/2019 by Geese, and last modified on 23:11:50 06/07/2019. Cast: Geese and Okuno. 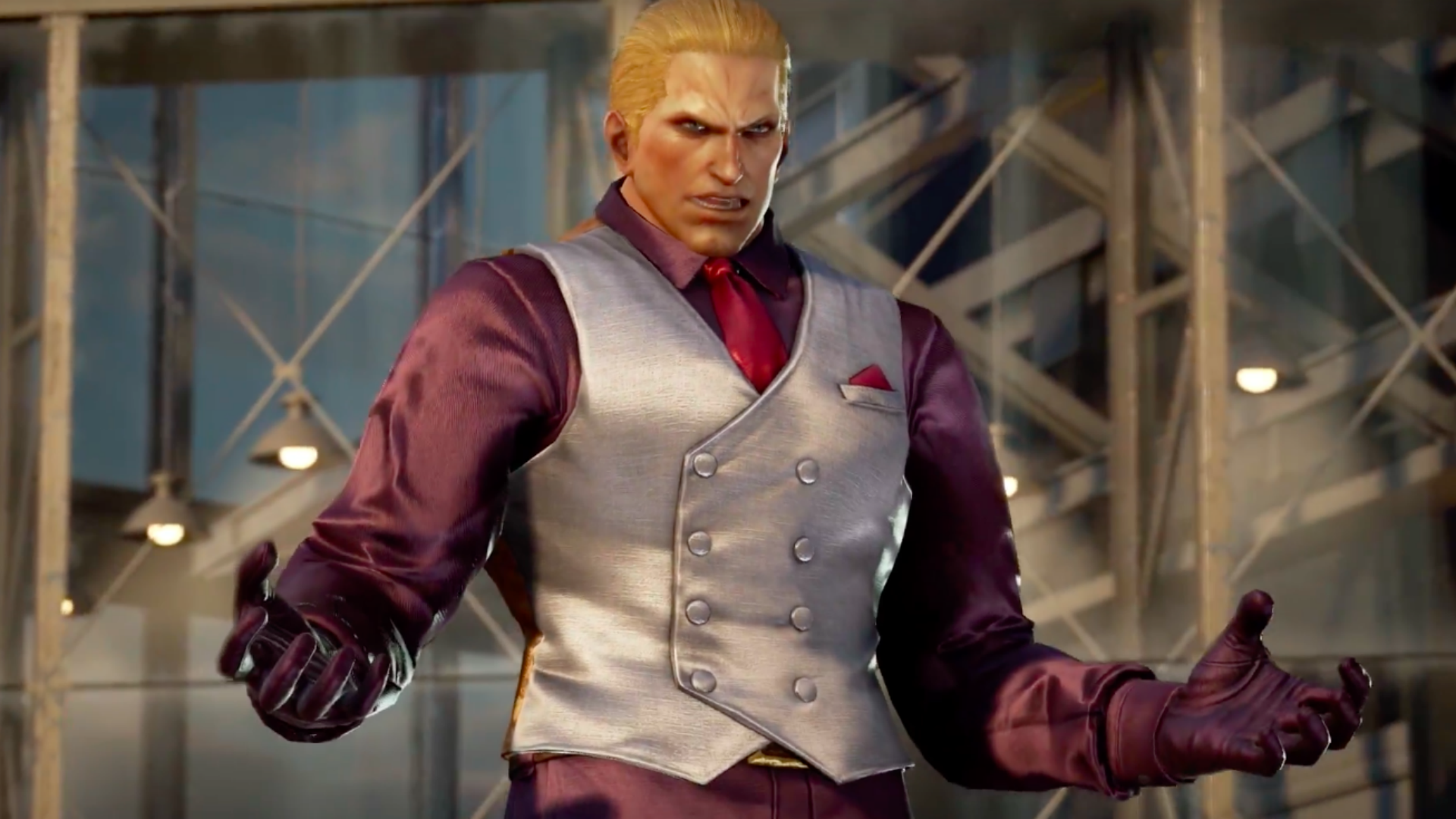 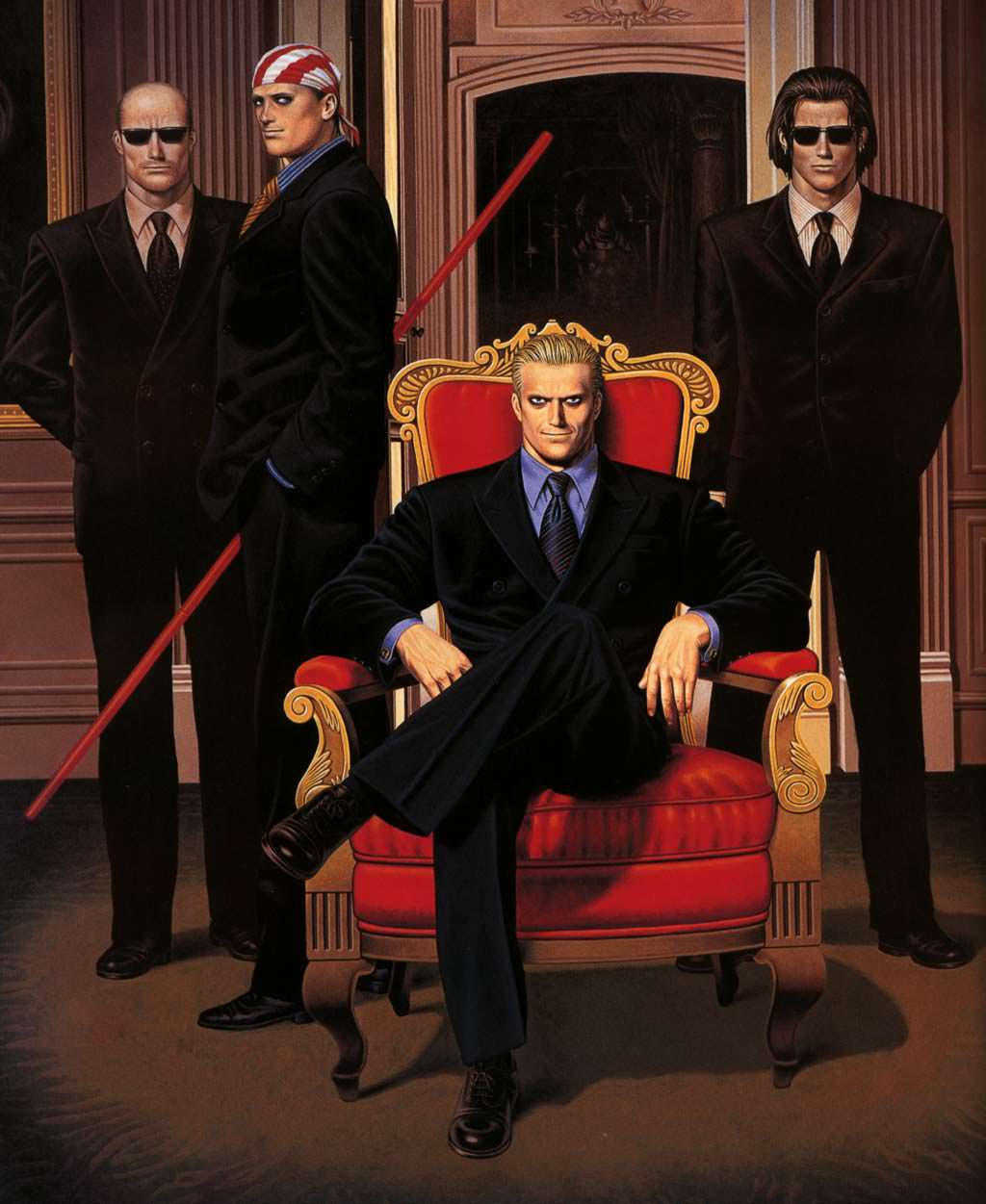