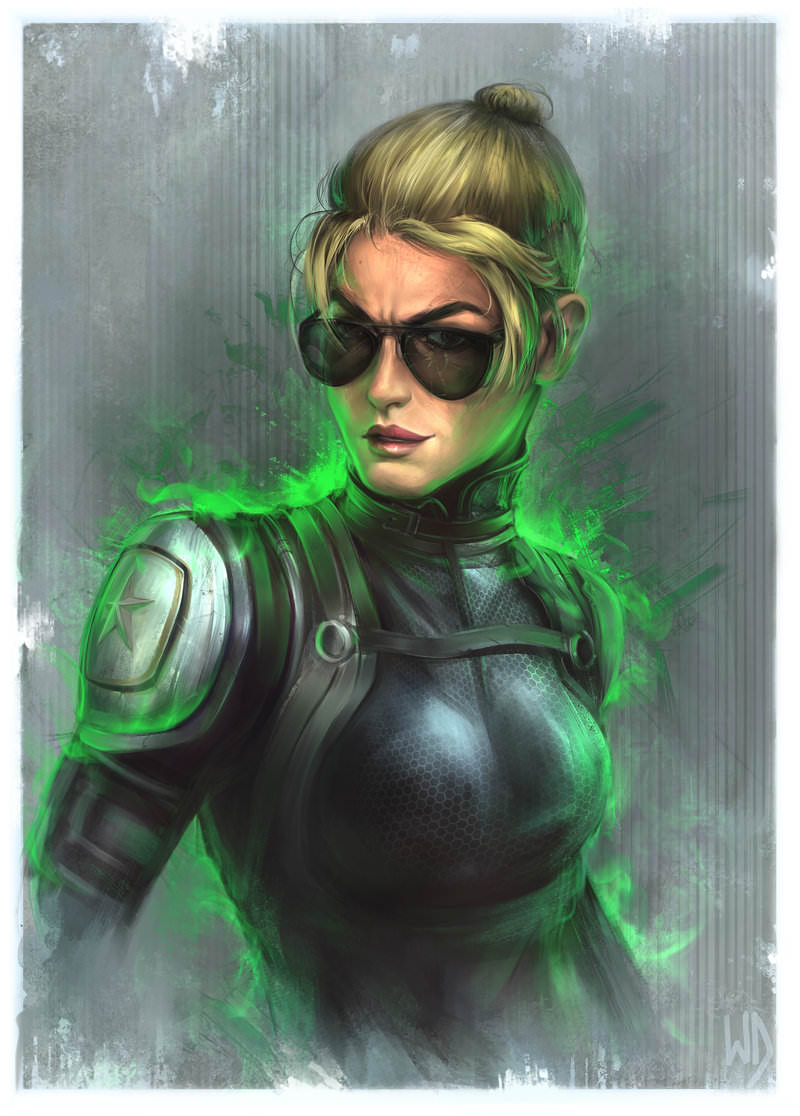 Cassandra Carlton Cage, known to her friends and family as Cassie, is a strong-willed and occasionally hotheaded member of the Special Forces, although the world seems to know her only as Johnny Cage's hot cousin. Serving as the leader of a team that includes her childhood friend Jacqui and Kung Jin operating in the same unit as Sonya Blade, under the command of Major Jackson Briggs. Cassie proves to have a great sense of morals, as she tries to kill her enemies as humanely as possible. Despite her presence of confidence, she bears great insecurities to the Cage legacy. Believing herself to be the 'lesser' Cage, she fights to prove her own insecurities wrong... and to prove herself superior to her cousin, for better or worse. At least she might be able to get more followers on Fightagram.

TBT Act 1 - Let Me Take A Selfie - Cassie's leads uncover a remote warehouse within the Industrial district of Sunshine City. There, she finds a few missing children, recently abducted within the city, bound and gagged within. While she is able to dispatch the meager guards that seems to be watching them, she will quickly find herself marked by the true guardian of the children: the Shadaloo doll Noembelu, who is eager to recruit more sisters. Can Cassie drive her off, or will she join the children across the border? - Log created on 21:43:07 07/09/2018 by Cassie, and last modified on 12:03:14 07/12/2018. Cast: Noembelu and Cassie.

Pro Red Belt Match - B. B. Hood vs Cassie - The last trails of Lightning Spangles lead to the Drive-In Theater at Sunshine City. There, B. B. Hood can find the abandoned SUV, and the mysterious, red-hooded doll. She was here. But why? And she is quickly joined by another. Cassie, the Special Forces, has her own leads down at the Drive-In, following the trail of kidnappings around Southtown. Conveniently, it is where both will find their next challenge for the open Pro Belt, as the crew arrives just in time. It might be enough to keep them from sharing too many of their secrets. - Log created on 22:01:51 06/27/2018 by Bulleta, and last modified on 23:57:24 07/03/2018. Cast: Bulleta and Cassie.

SNF: Cross Tag Match: Navy vs Army - Italy plays host to a few military installations for the United States, Camp Darby, Naval Air Station Sigonella, Aviano Air Base, Rota Naval Air Station. These are but a few that reside in the beautiful country of Italy, and what better way is there then for there to be a Tag Team match between the Army and the Navy in the Grand Canals. Representing the Army, Cassie and Leona will look to sink the maritime might of the Navy representatives of Haehyun and Nagase. Will Cassie and Leona manage to sink the mighty battleship of Haehyun and Nagase, or will the Navy representatives prove once and for all that the warriors of the sea are truly unstoppable? - Log created on 12:52:41 05/30/2018 by Nagase, and last modified on 12:03:57 06/05/2018. Cast: Nagase, Cassie, Kum Haehyun, and Leona.

SNF: Slippery When Wet - In the wake of the Golden Angel tournament, there still remains a Golden Angel waterpark. While not quite carrying as much saline water as before, and not quite as demanding on the sensual bodypaint, it is still a great place for mothers to take their kids. Well, it was, until Cassie Cage and Angel got into the mix. Now, the two bikini'd beauties are destined to fight alongside the families coming to enjoy the best waterslides in Southtown. Will Angel finally get a headshot she can't handle? Or will Cassie find herself in the bullpen? - Log created on 19:38:16 05/17/2018 by Angel, and last modified on 23:58:59 05/18/2018. Cast: Angel and Cassie.