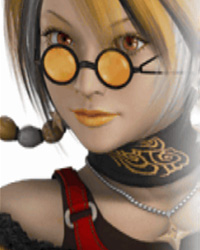 Flighty and capricious, Nagase proves to be difficult to catch! For one, she's a member of the proud and illustrious Iga clan of ninjas, highly skilled in weapon-based combat and the art of ninjutsu. For another, her lithe frame has been augmented by stolen NESTS technology, providing her with capabilities far beyond those of her shadowy clanmates. A promising young ninja of exceptional potential, Nagase's vivid thirst for knowledge and information is augmented in her technological enhancements, most notably in an access drive upon her right wrist -- though that's often concealed beneath her progressive, flashy attire. Despite her short, youthful stature and her impulsive tendencies, she prefers more mature gentlemen and makes no secret of her loathing for "pretty boys" like Alba and Soiree.

Black Dragon R1 - Target Of Opportunity - Chaos. Panic. Disorder. Most people would call that an emergency. For others, it's just the recipe for a good time. With all of Southtown pushed to their limits trying to deal with the dark stalker attacks, one man has decided that this would be an excellent opportunity to pilfer some of the nicer goodies from a local warehouse. What's a good mass panic for if you can't profit off of it, after all? The fact that this warehouse belongs to the Southtown Syndicate - well, you can only get in trouble if you get caught, right? - Log created on 15:21:18 03/23/2020 by Nagase, and last modified on 21:00:23 03/31/2020. Cast: Nagase and Kano.

Satisfaction - The Syndicate's resident cyberninjutsu expert Nagase encounters a storm of kicks, quips, and violence shaped like a woman tearing through a minor Syndicate business in Sunshine City, leading the KOF 2017 runner-up to test her mettle. - Log created on 13:06:48 01/15/2019 by Chun-Li, and last modified on 09:28:56 01/24/2019. Cast: Nagase and Chun-Li.

Door To Door - Dahlia has gone underground, and Nagase believes she'll be trying to liquidate all of her assets to keep the fledgling Akatsuki afloat. But in the midst of pursuing that lead, the Syndicate kunoichi stumbles across someone with more intimate knowledge of the shadowy crime boss. - Log created on 12:42:32 12/17/2018 by Nagase, and last modified on 11:01:48 12/21/2018. Cast: Nagase and Zach Glenn.

TBT Act 3 - Waking the Sleeping Dragon - With Sunshine City in chaos, Syndicate assets in the city disrupted. But there are logistical thefts and disruptions outside of Shadaloo, Illuminati, Interpol and Akatsuki even. Following a mysterious message sent to her, Nagase finds herself drawing the attention of a violent agent of stone: The ninja Tremor. And he is a herald of a darker power within Sunshine City: the rise of the Black Dragon Cult itself. - Log created on 20:22:48 10/06/2018 by Tremor, and last modified on 12:59:00 10/10/2018. Cast: Nagase and Tremor.

TBT Act 2 - Alpha and Amiga - Nagase did her job: Lee Chaolan's imprisonment prevents him from wreaking havoc on Syndicate concerns. Figuring out an appropriate punishment for the executive takes a back seat to dealing with other Syndicate concerns -- such as the fact that every Syndicate shipment headed out of Sunshine City seems to be subject to increased scrutiny from customs officials. Are the cartels responsible? Is it Shadaloo? Or could it be Kolin, the mysterious stranger on the rooftop of the Sunshine 60 building? - Log created on 12:45:24 08/13/2018 by Nagase, and last modified on 19:09:17 08/16/2018. Cast: Nagase and Kolin. 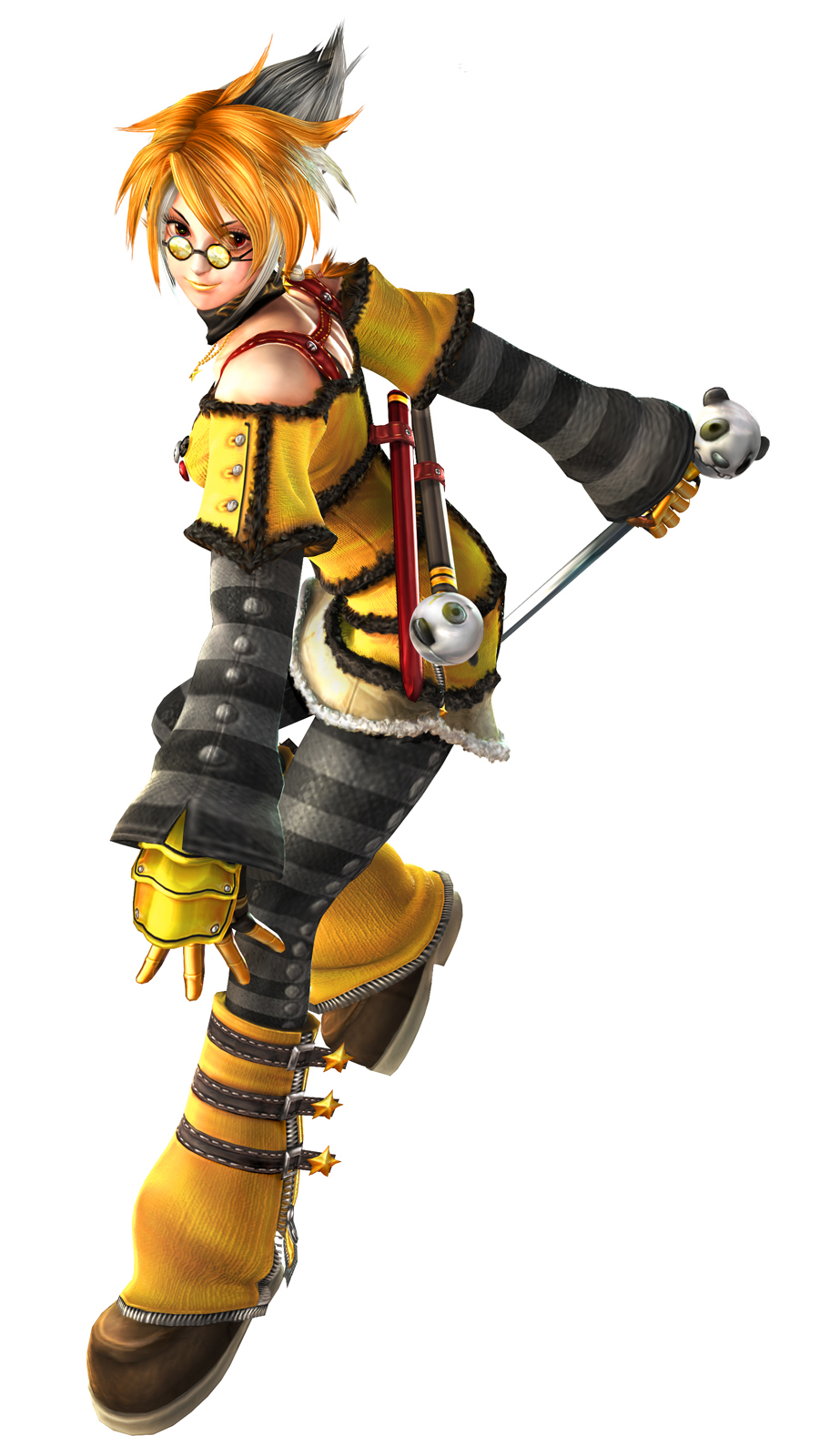 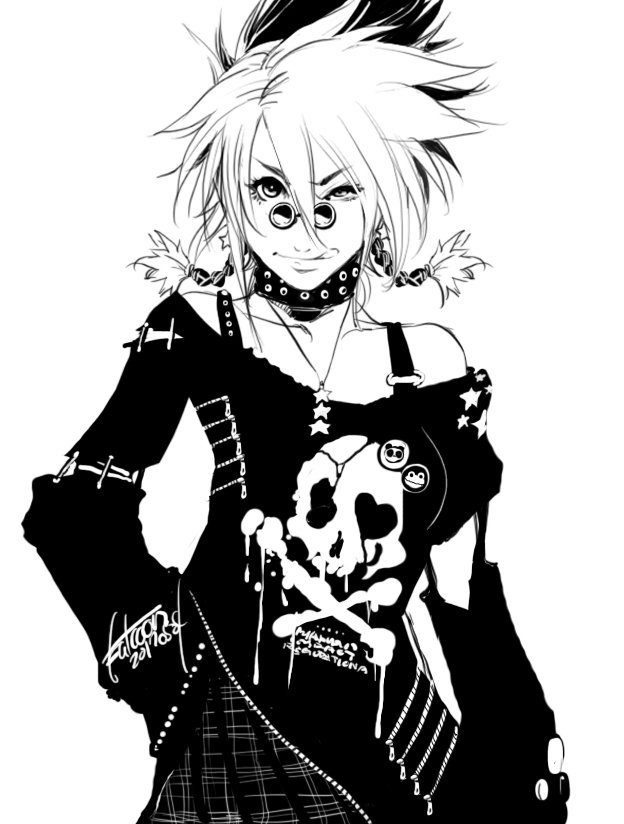 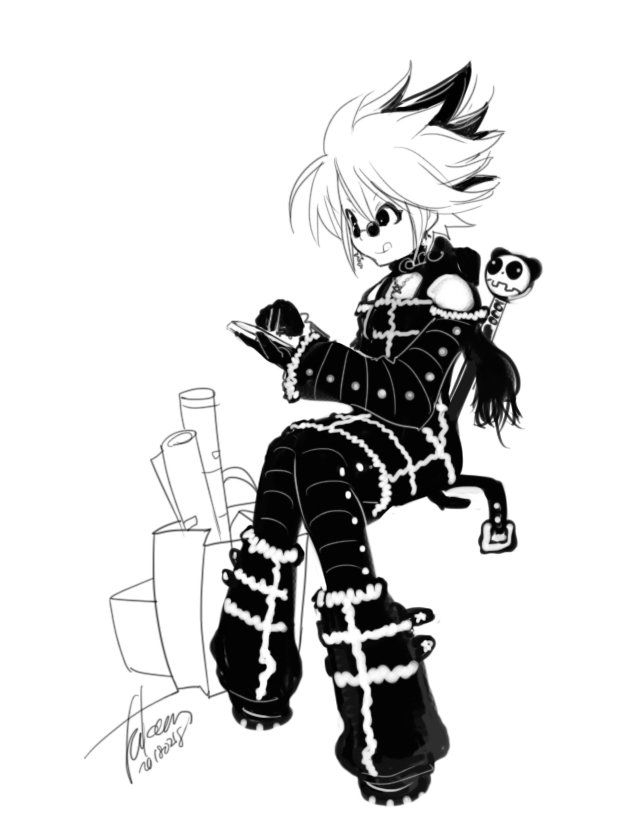