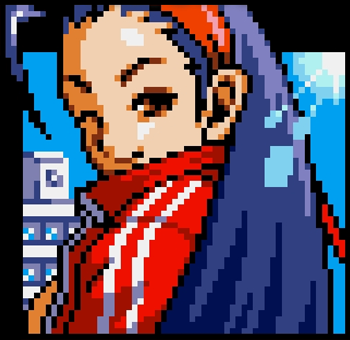 Known only by her title, 'Iincyo', or 'Chairperson', Iincyo is just that--chairperson of the student body. Having held the position since she came to Taiyo, few people knew her actual name, but everyone knows and respects the girl. Highly dedicated to her class role, she's very good at keeping her fellow students from falling out of line; in her mind, discipline and routine are the gateways to success! And with that in mind, she follows a suggestion from Hinata, hoping to find enlightenment in Saikyo-ryu martial arts classes. Her sensei may not be the most disciplined sort, and she may not have any innate talent for martial arts, but her pure determination is beginning to show through regardless. If nothing else, her experience in martial arts helps her to become an even better leader amongst her peers -- it's clear that's where her true talents lie.

Golden Angel R1 - Daisy vs Iincyo - In a dynamic showdown between vacationing Interpol agent Daisy and the studious Taiyo High chairperson, things get a little hectic as their duel rages across a constantly changing battlefield. Waterslides! Pool toys! Keijo?! Tune in for all of this and more! (Winner: Daisy) - Log created on 20:56:47 01/21/2018 by Daisy, and last modified on 23:55:12 01/22/2018. Cast: Iincyo and Daisy.

Act 3, Mission 31 - The Tragic School Rush - Honoka, in her guise as third-year student Miko Kobayashi, has united with students from Gedo and Pacific High Schools. With the V-Gage indoctrination leaving the students fully susceptible to psychic suggestion, she remains embedded within the crowd, a wolf in sheep's clothing, as the students march in protest of Japanese nationalist forces, right into the heart of Mishima-controlled territory. Students who aren't under her sway, though, might take offense to students being used as human shields -- both against the Mishima organization, and as a prelude to assassination of the Command Gear! - Log created on 21:18:50 11/11/2017 by Honoka, and last modified on 14:55:04 12/11/2017. Cast: Honoka, Iincyo, Ryuko, and Yuri.

B3 Qualifier Match: Full Moons vs Hard Knocks - AKA KOF: Getting Schooled, or a Lunar Landing? Situated over the River Thames, the world famous London Bridge manages to avoid falling down, in order to allow two strange teams to duke it out for the valuable 3rd Bracket slot. The beautiful Full Moons, Felicia and Eliza, are strange and elegant women of an almost superhuman talent, will be staring down the Hard Knocks, the best of the best of academic merits. Teacher and student will be fighting together, as the monster faces the mundane. Both Hideo and Iincyo will need to teach a lesson to the Full Moons. Hopefully, they won't be overwhelmed by the combat assets of the two madams. - Log created on 13:09:08 08/11/2017 by Iincyo, and last modified on 11:56:33 08/14/2017. Cast: Hideo, Iincyo, Felicia, and Eliza. 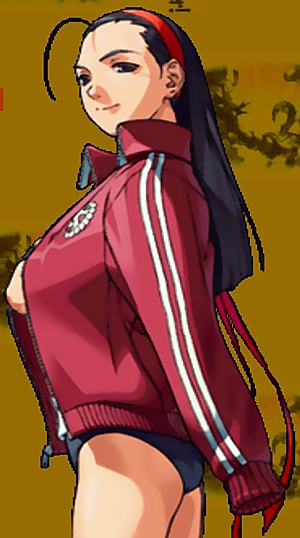 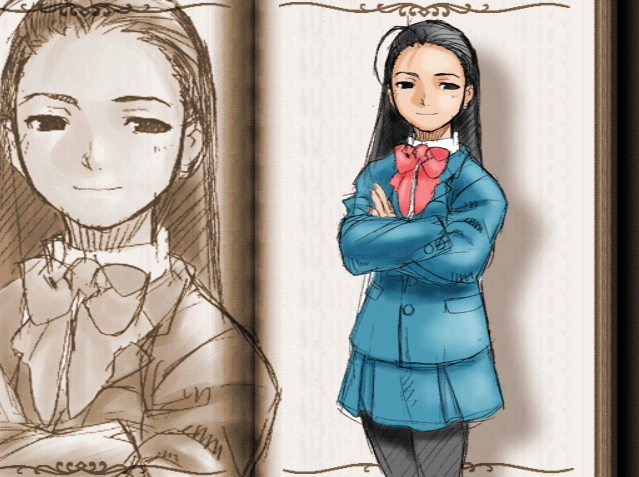 She DOES own outfits that aren't gym outfits