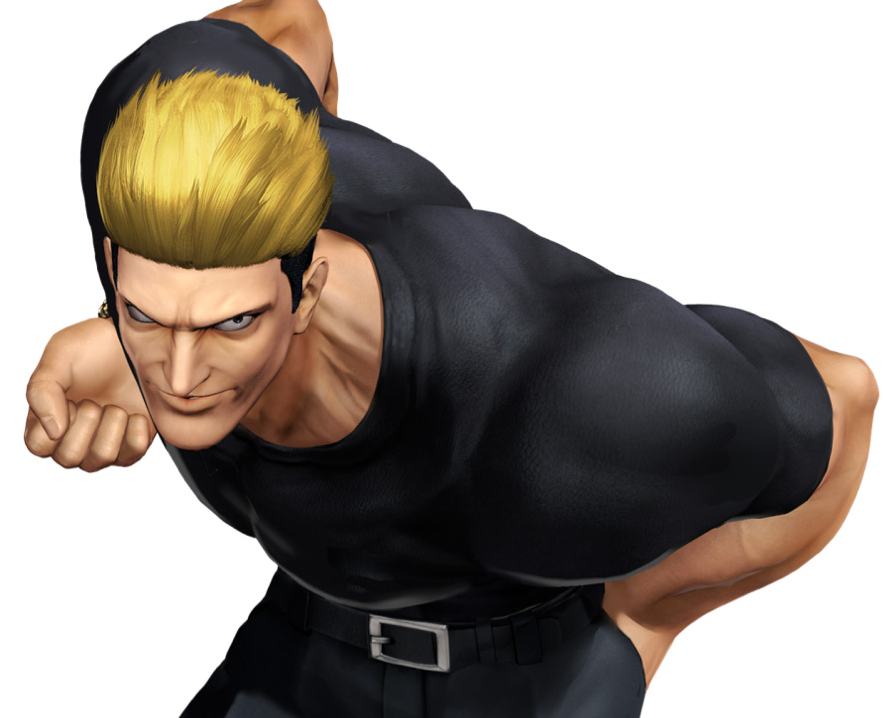 "I think there's some killing to be done here.."

This sadistic, vicious killer is an assassin for hire, though Geese Howard keeps him on retainer. It isn't widely known, but Yamazaki has Orochi blood in his veins, and is perpetually in a "Riot of the Blood", though he retains coherent thought in this state unlike those who only occasionally enter this condition. His fighting style is as unique as he is, centering around the use of concealed melee weapons such as knives, and a fair dose of brute strength thrown in to round out the package. Yamazaki is pretty well incurably insane, and utterly enjoys killing and hurting people as much as possible. His connection to the Southtown Syndicate is hard to define, but it is best defined as Yamazaki being essentially a mercenary to them, albeit one that can usually intimidate lesser members of the organization into doing what he wants if no one else with much authority is present.

WANTED DEAD OR ALIVE Suspected of having supernatural powers that have been put to use in the commission of crimes or violence against people.

TBT Act 1 - Exit Wounds - Chun-Li's investigations in Sunshine City turned up the wrong kinds of leads. Looking for the kidnappers and the criminal heart of Sunshine City, she uncovers evidence of a foreign criminal enterprise. Her investigations are cut short when an open call breaks out on the police radio: A prisoner being transported to a higher security facility in Sunshine City, was reported breaking out. The location: the Trainyards. The reason why; Yamazaki was transported to Sunshine City in the first place: to return him back to active duty in the Syndicate forces. Chun-Li must act fast to contain the psychopath, before his bloodlust turns away from Southtown, and straight into Sunshine City. - Log created on 20:51:02 07/09/2018 by Chun-Li, and last modified on 11:17:24 07/16/2018. Cast: Yamazaki and Chun-Li.

Painting the Red Arena Red - Maybe all of America is just garbage. I get to Seattle and these people are telling me I can't go into their stadium just because I don't have a ticket! And the popcorn was awful once I made them let me get inside. Then this other blondie karate guy started complaining. Next time I'm going to make sure he understands who he's messing with! GYAA HAA HAA HAA HAA! - Log created on 20:10:35 05/06/2018 by Yamazaki, and last modified on 01:52:29 05/07/2018. Cast: Yamazaki and Ken Masters.

Original Ray's Original Pizza in Metro City - I don't know what's wrong with Metro City, you ask them to give you a pizza and they start trying to get you to give them money. Then you end up with some pinhead musclefreak trying to start problems because you nearly cut the ear off some cashier. Maybe next time Metro City will remember how to behave! GYAA HAA HAA HAA! - Log created on 20:44:53 05/04/2018 by Yamazaki, and last modified on 02:36:17 05/05/2018. Cast: Yamazaki and Abigail.

SNF: An Egg in Troubled Times - International Psychopath and Notorious Nightmare Inducer Yamazaki is not a very good person to let adopt children. And yet, contract law requires us to allow Yamazaki to 'fight' someone for a 'chance' to 'adopt' a 'child.' Ryo of the Kyokugen style has such a child. Except it isn't a child. Using a clever use of makeup and copious amounts of shaving, we have successfully concealed star actor Danny Devito in the role of a lost orphan girl, plumped and ready for adoption. Yamazaki's goal is clear: overpower the orphan, and adopt 'her' for himself! - Log created on 14:38:07 04/27/2018 by Yamazaki, and last modified on 12:45:02 04/30/2018. Cast: Ryo and Yamazaki.

The Blood Stirs - Orochi's slumber is fitful in the wake of Justice's attack on Mt. Fuji. Yamazaki, perpetually experiencing the Riot of the Blood, senses the great serpent's presence intensifying. As he descends further into prophetic madness, he has a chance encounter with Leona and attacks her to draw out the potential latent in her blood. But Noel, directed by the Sacred Order to search for a missing agent, is on the scene to assist, and a new connection is formed. - Log created on 13:16:41 10/15/2017 by Yamazaki, and last modified on 20:17:33 10/15/2017. Cast: Yamazaki, Noel, and Leona.