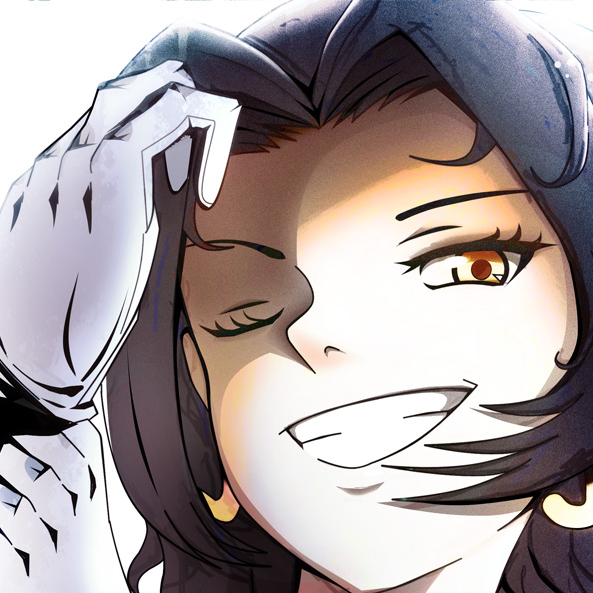 "And of course, I claim another win. Of course! Of course!"

Love her or hate her, Victoire is the kind of person that people tend to react strongly to. Arrogant to the extreme, Victoire has an unshakeable self-confidence that has propelled her to victory after victory in the French professional fighting circuit and now onto the world stage beyond. In spite of her arrogance, however, Victoire is not an entirely unlikeable soul. She donates the vast majority of her winnings to charitable causes, always has time for her fans, and never belittles her opponents - she might think she's the greatest fighter to ever live, but that would mean nothing if her foes were weak! Her attitude would be more infuriating if it weren't for the fact that her intense style of combat, blending savate and wrestling, weren't so damned effective. Or maybe that makes it even worse.

It would be difficult for most people to believe when they look at her now, but Victoire was born into extreme poverty. Abandoned by her parents and left to be raised by a disinterested grandfather in a Paris slum, she was not even called Victoire Invaincue back then but the far less grand name Lauren Palmer.

As she grew up, she became fascinated with the street fights that were so common in her childhood - and she sought out people who could teach her how to fight. She found that she had a talent for it. Her naturally exuberant personality was more intimidating than her stature, but over time she learned how to hone that as a weapon in its own right.

Things came to a head when she entered her first official tournament and took second place. This proved to her that she had the talent - she just needed to push through those last mental barriers and seize the opportunity life was giving her. So she did just that. Abandoning her home and the few friends she had in her former life, she became Victoire Invaincue - literally, Victory Undefeated - and dedicated herself wholeheartedly to fighting wherever she could find it.

Despite her name she has, of course, suffered her fair share of defeats as well - but by projecting the image that she never has and never will suffer such indignity she protects herself from the fear of failure that would otherwise slow her movements, and opens herself up to the explosive style of combat that has made her so famous.

[Neo League 0201] NL#0203: Bob vs Victoire - In the aftermath of her crushing defeat at the blades of Ahmya, Victoire visits the Southtown Young Fighter's Institute where she sets up a far more familiar battle with Bob Richards. No gimmicks, no interfering costumes, just good old fashioned, no-holds-barred, hand to hand fighting. The polite Canadian and the exceedingly arrogant French fighter may look like near polar opposites to one another, but in a dramatic battle before the eyes of the next generation an unlikely friendship blooms between them. - Log created on 16:30:01 06/20/2022 by Victoire, and last modified on 23:01:47 06/23/2022. Cast: Bob and Victoire.