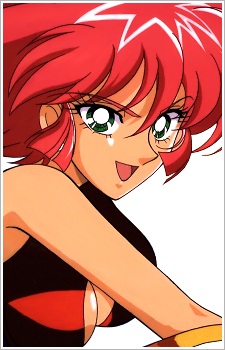 A mysterious new figure on the fighting scene, the warrior known only as 'Aurora' seems to have come completely out of thin air, sweeping her way through the beginner's circuits like a sparkly whirlwind. Perpetually energetic and upbeat, Aurora's personality is a chaotic mixture of adorable innocence, spunky determination, and unshakable courage. These facets can also be uesd to describe her approach to combat as she utilizes no apparent training or recognizable fighting style, instead relying on almost unnatural strength, speed, and durability that her spritely physique in no way suggests she could possess. Aurora seems to revel while under the spotlight, keying off the energy that builds when tension is rising and the stakes are high. Win or lose, the very act of pitting her spirit against another seems to energize the strange girl and she rarely lets defeat keep her down for long. Unfortunately, there is a dark side to her ability to feed on the emotional energy around her. Though she rarely allows herself to lose her temper, when she is pushed to the brink of her tolerance, Aurora becomes a completely different person. All of her previously cheerful energy is converted into a tempest of hate and rage, often driving her into a fit of violence so ferocious that she completely abandons all self of self-preservation, causing just as much harm to herself as those unlucky enough to be the targets of her ire.

Hunger Pains - It was a simple job. Case the joint while the owner was away, get in, get the goods, get out. What could be easier for an advanced creation such as Moondyne? Of course, there's always a few unexpected hitches in every heist and this one is no different. However, the bedraggled woman she encounters in the alley proves to be less of a hitch and more of a buried landmine. - Log created on 20:11:19 09/19/2019 by Aurora, and last modified on 00:16:52 09/21/2019. Cast: Moondyne and Aurora.

[KOF 2019] Brought the Sexy Back - The stash of Golden Angel is an unusual prize to say the least. In the aftermath of the successful tournament, the stock of the rare substance was assumed destroyed. The obvious trail of where it could lay? The Golden Angel Waterpark. The mysterious Aurora has arrived at the waterpark, trying to find any clues on the Golden Angel spray. But her investigation is disrupted by Maria. Maria's, or rather, MARIA's motivations are more aesthetically pleasing, as she is after the true nature of hostess of the KOG. And what would she do to the Spangle performance of King of Fighters? Destroy it, and the fundamental core of hollowness that runs through it's artless execution. The two may be able to work together, if they can tolerate their own eccentricities! - Log created on 19:58:01 06/03/2019 by Aurora, and last modified on 16:14:15 06/04/2019. Cast: Aurora and Maria.

A Walk in the Park - Seeking out a fresh source of entertainment, vampire lord Demitri decides to enter the annual King of Fighter's tournament in disguise. But who would be willing to team up with an unknown fighter in such a prestigious event? - Log created on 21:17:04 05/23/2019 by Aurora, and last modified on 22:33:40 05/23/2019. Cast: Demitri and Aurora. 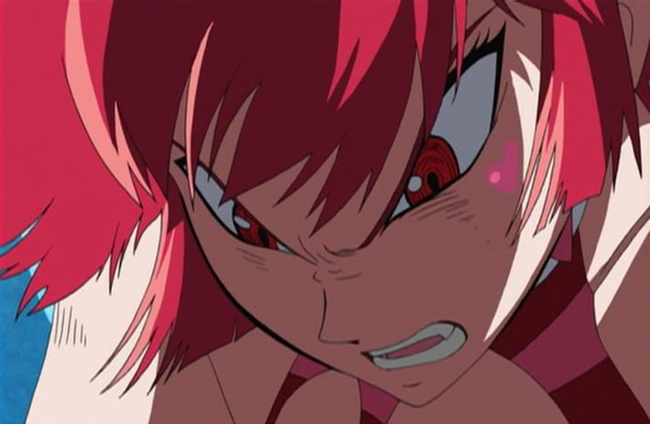 No More Playing Around!