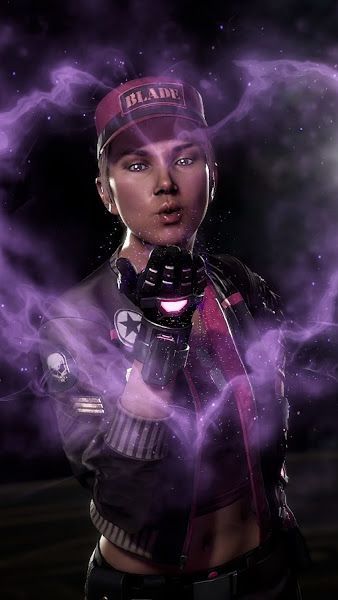 "I don't need an escort! And I'm sure as hell not your baby!"

One of the United States' top Special Forces operatives, Lieutenant Sonya Blade has a well-deserved reputation for being serious, bad-tempered, and unwilling to compromise. With a mix of brutal hand to hand combat techniques and advanced military weaponry, her style of combat is as effective as it is deadly, with little sacrificed for flare and panache. Sonya is tasked with targeting those major groups which threaten the interests of the American People, both foreign and domestic. Working alongside Major Jackson Briggs, Sonya has disrupted the operations of NESTs, "R", Shadaloo, and - most especially - Black Dragon. It is perhaps unsurprising that her efforts to do so have resulted in personal tragedy, with the cruel mercenary Kano having murdered her former partner. Sonya has sworn that she will make him regret that, and if there is one woman in the world it is unwise to anger, it is one with ready access to military hardware.

The Soldier and The Wolf - The shaman welcomes another visitor to the sorcerer's island. Though drawn to the tournament seemingly by pure coincidence, Sonya Blade will perhaps soon find out that her presence here was fater to be. - Log created on 14:46:04 09/11/2016 by Nightwolf, and last modified on 16:37:03 09/11/2016. Cast: Nightwolf and Sonya.