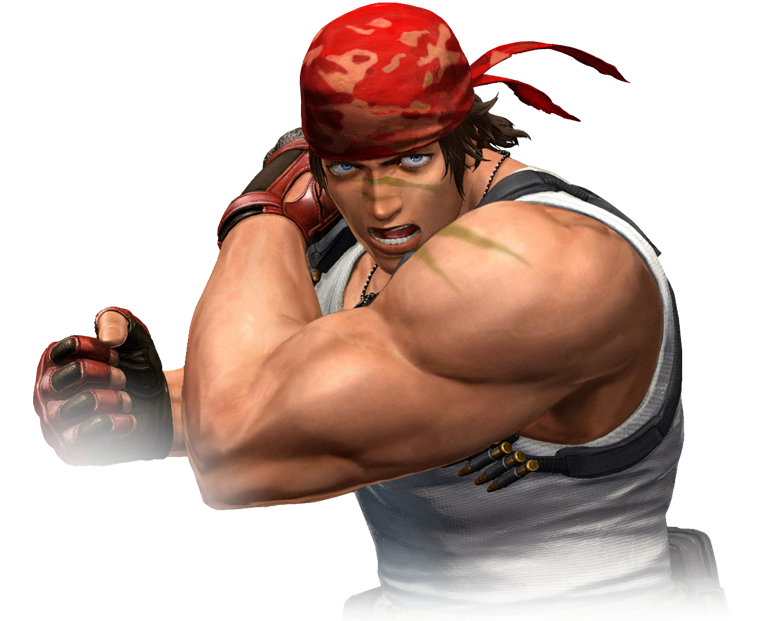 Ralf is Clark's best friend, and almost a total opposite in some ways. Ralf is loud, boastful, and very much an "in your face" sort of person. It isn't uncommon to see him chugging down a beer, and he absolutely loves a good brawl. He fights in a style similar to Clark's, but with an emphasis on powerful punches and plowing right into the enemy, rather than straight grapples and throws. Also an accomplished soldier on the field, this Ikari Warrior is notably a "Bad Enough Dude to Rescue the President" and has a Medal of Honor to prove it. He seems to consider himself a bit of a big brother to Leona, though much of this feeling isn't openly reciprocated by her. In addition to his love of old-fashion fistfights, Ralf also enjoys chewing bubblegum and more noticably, collecting a wide variety of knives.

Blood of the Covenant - After a close rescue from the NOL, Colonel Ralf Jones is taking the time to sober up after his time away from the Ikari. However, the Silent Soldier Leona Heidern arrives with sobering questions and the two Ikari Warriors have the kind of heart-to-heart the closest of family members could ever have; hand to hand combat. - Log created on 01:23:11 05/25/2019 by Leona, and last modified on 23:45:49 05/26/2019. Cast: Ralf, Lita, and Leona.

Fox Tale #2 - Points of Difference - Corporal Renka Kaneko follows up on a tip that leads her to the infamous One Man Army of the Ikari Warriors. The NOL files malign the mercenaries as savage terrorists. But while Colonel Jones may be a Bubble Gum Bully, nothing about the One Man Army or the Silent Soldier that comes to his rescue quite matches up with the information she was given... - Log created on 00:52:48 12/09/2018 by Renka, and last modified on 01:39:59 05/18/2019. Cast: Ralf, Renka, and Leona. 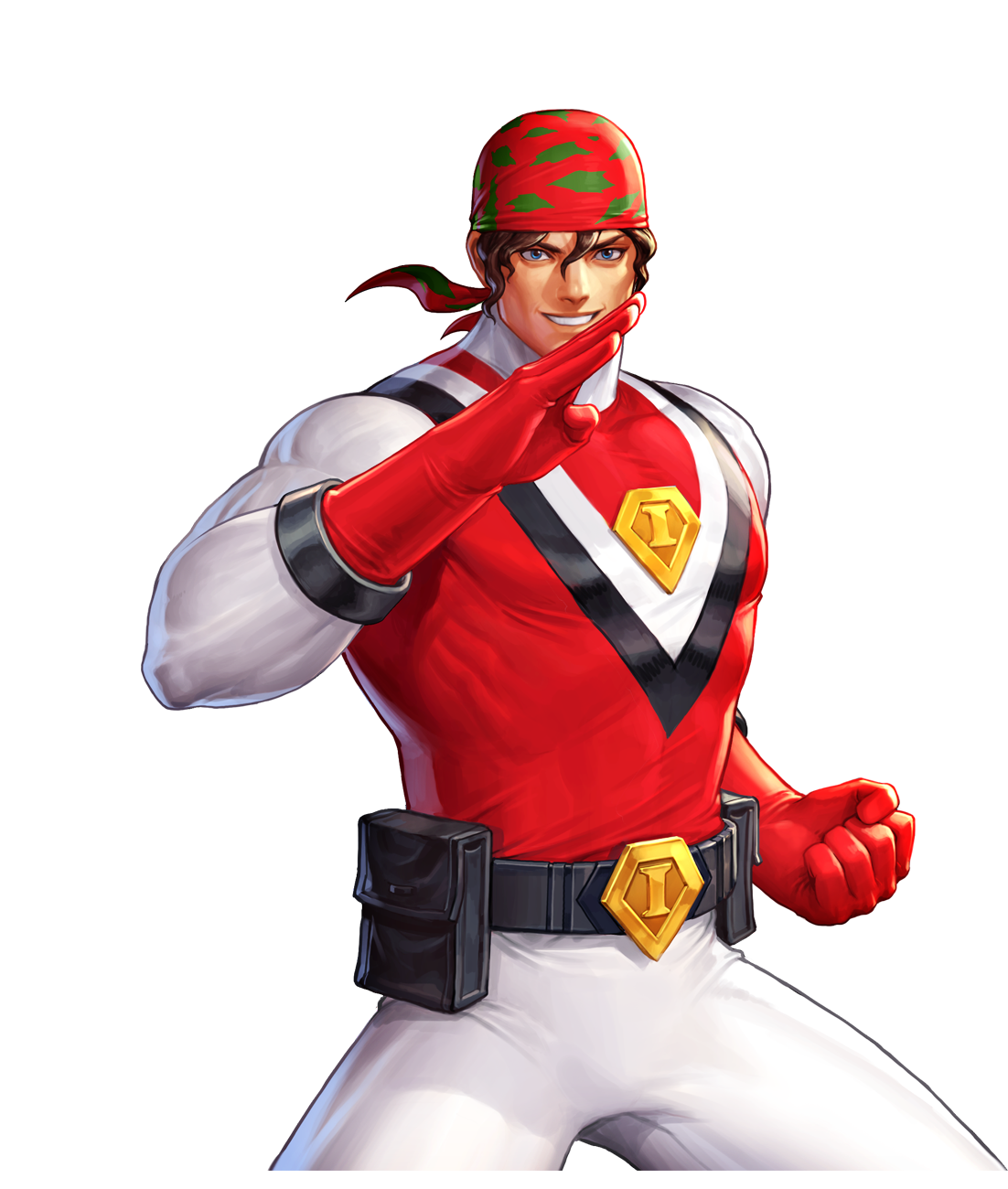