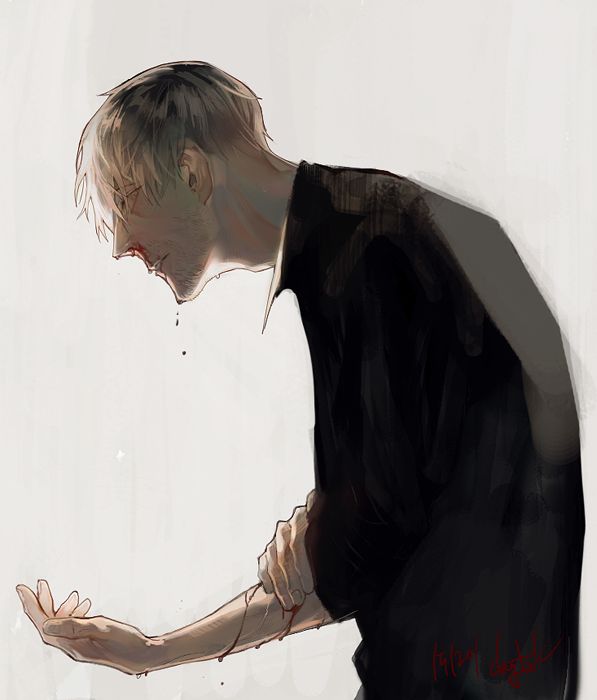 "Even monsters can be shown mercy, but not all deserve it."

Little is known of Brother Hans Grimm. A young man from Germany, he's a member of a monastic order of monster hunters. The brotherhood has existed for centuries, and is sworn in the defense of mankind from the things that go bump in the night, whether they are of supernatural origin or man-made. However secretive they may be, as Darkstalkers and the like have become ever more noticeable so too has those who would act as a check against them. But their numbers have dwindled, and it may be that he is the last to hold the line.

[Illyria] Illyria Act 1 - From Darkness Comes - While the monstrous invaders are shocked and awed by the NOL attack, there seems to be more to these forces than is obvious at first glance. That much becomes clear when a spy, Lotus, is caught scouting the areas at the base camp's flank. Retreating into the forest around Illyria, the freelance Brother Grimm has intervened in the matters of monster and man. He is in hot pursuit, tracking down Lotus to eliminate her, before she can reach whatever nobles that it serves. - Log created on 21:49:21 03/28/2018 by Brother Grimm, and last modified on 01:08:24 03/29/2018. Cast: Lotus and Brother Grimm.

[KOF 2017] Act 3: Mission 7) Grimm Bloody Fable - Lilith, the petite succubus, is a loyal soldier in the Darkstalker army. But the hungry shadow of the succubus can sense weakness, however, and taste the darkness sitting in one's soul. And naturally, one must nip out to have a snack once in awhile. Brother Grimm may be on the prowl for the monsters invading Japan, but he will soon find himself hunted by Lilith, ready to have a taste of the curse that lays deep within. - Log created on 16:28:08 11/18/2017 by Lilith, and last modified on 00:53:59 11/25/2017. Cast: Lilith and Brother Grimm.

[KOF 2017] The Crimson Circle - Aokigahara, the "Suicide Forest," was one of many regions irradiated as a result of the attack on Mt. Fuji. The bonds between Earth and the mystical leylines are more vulnerable here than they have been in a long time - and certain powers have sought to take advantage of the weakness. All the more reason for a certain monster hunter to start snooping around... - Log created on 18:56:24 10/16/2017 by Jedah, and last modified on 10:20:29 10/18/2017. Cast: Clark, Faolan, Jedah, I-No, and Brother Grimm.