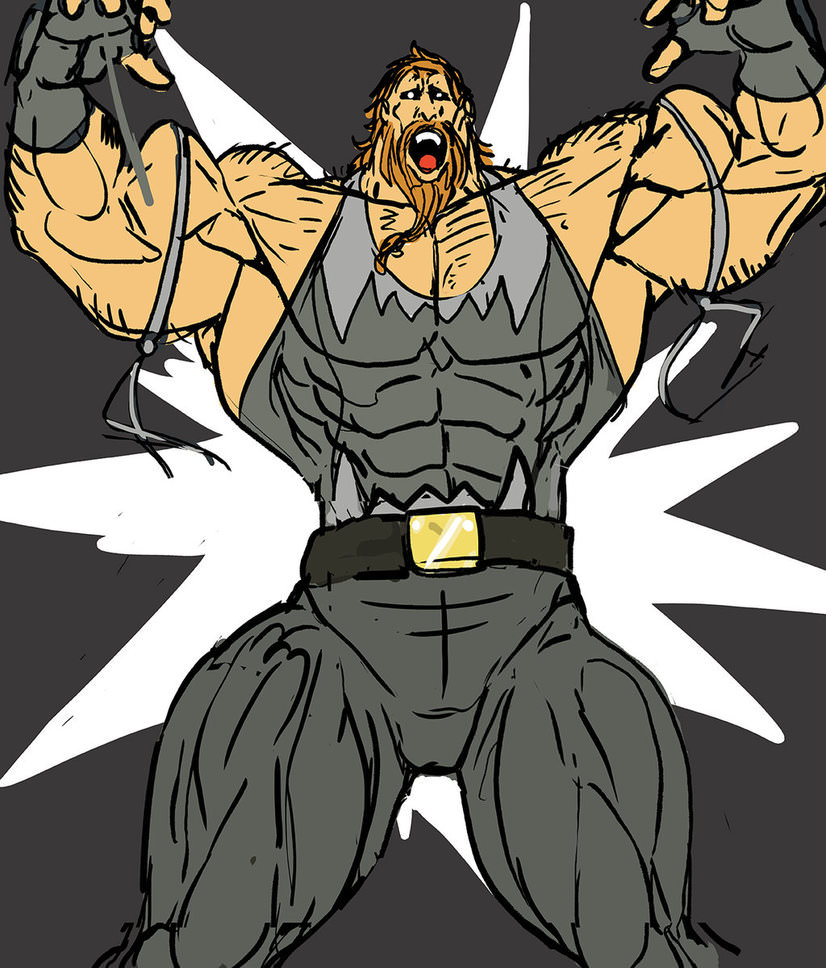 "What are you in the dark?"

Sven Maesters is mad at the world. Once part of a wrestling trio known Ragnarok, Sven wrestled with his brother and father within the wrestling leagues of Northern Europe. Utilizing a strong aerial technique inspired by Lucha Libre, the trio had ambitions to be the greatest wrestling family in Scandinavia. After a botched moonsault combo that left his father dead and his brother paralyzed, Sven was driven from his league, his team, and his family, now treated as if they never even existed. Vowing vengence at both the league and life itself, the stoic and short-tempered Sven nows fights in the various underground tournaments, his bitterness stewing in his heart. He needs no stage name, as his family's signature gimmick is enough: A wolf mask and a wolfpelt cloak upon his shoulders, which each member of Ragnarok once wore. Sven Maesters may not bring his father back, but he will take care of his brother... and he will make the world stand in awe of Ragnarok once more.

SNF: Ring In The New Year - An SNF-CWA cross-promotional spot pits the free-fighting monster hunter La Huesuda finds herself across the ring from the lone wolf of war, Sven Maesters during the CWA's Auld Lang Dyin' pay-per-view. The ring's surrounded by a steel cage to contain this battle of shadow and muscle while clocks around the arena countdown to-- something, to ring in a new year of fight entertainment. _ but what are all those colored wires wrapped around the cage for...? - Log created on 18:09:09 01/21/2019 by Sven, and last modified on 10:19:32 01/28/2019. Cast: Sven and La Huesuda.