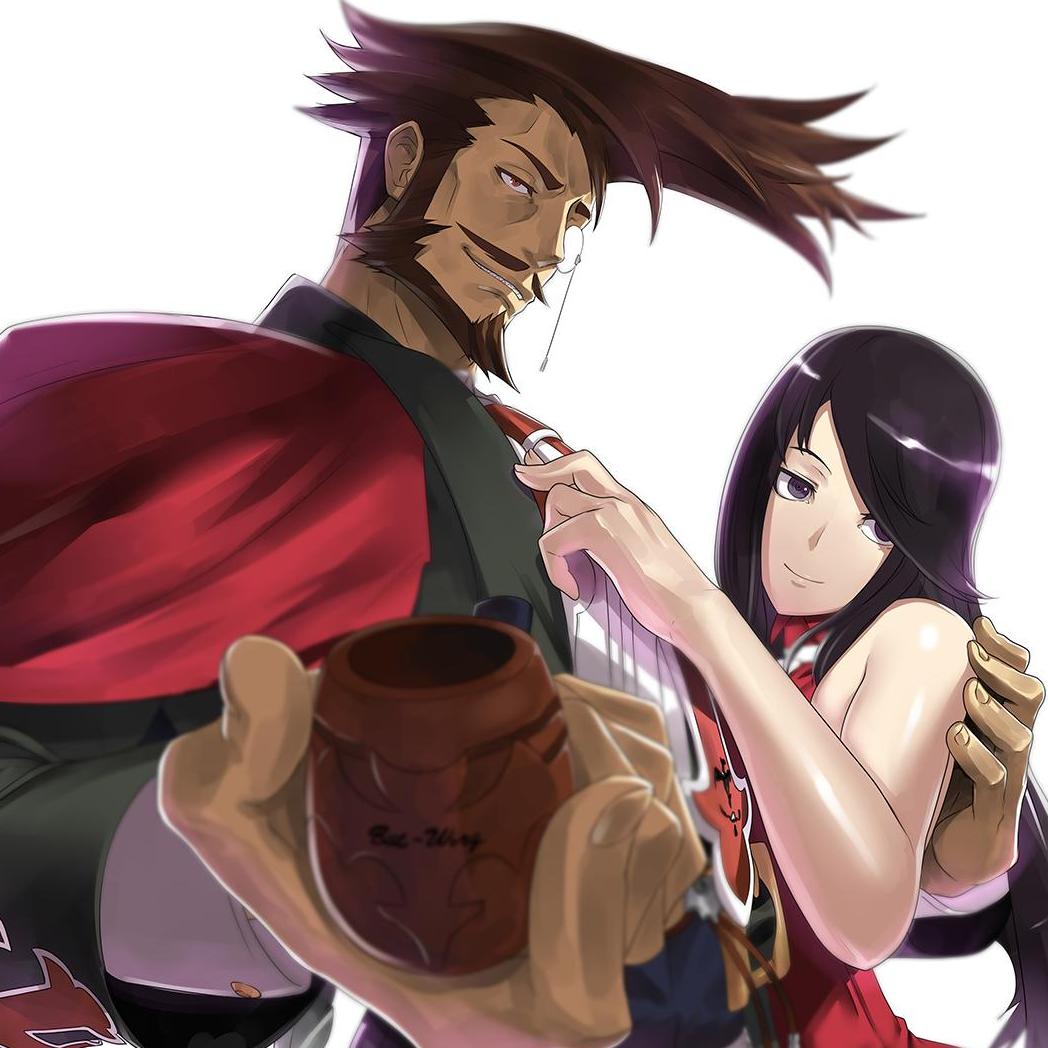 "Your desires must grow... A good life... A good death, they do not carry the same meaning. Seize it! Your future!"

Slayer is a vampire of extreme age who seems to enjoy dabbling in the human world out of a respect for their ingenuity and passion. Having lived much longer than humans, he possesses a strengthened sense of perspective, and as such, he generally remains calm and dignified regardless of the situation in which he finds himself. Despite this, he is not without passion. Slayer is a lover of refined things: Haiku, passion, romance, and competitive combat among others. He often stops to admire the beauty he sees in the world, and in those younger than himself. In combat, he fights with abilities and a technique that are downright otherworldly - he is occasionally frustrated by the lack of challenge others are capable of presenting him with, but is nevertheless graceful to his opponents and will often praise them for good performance. As a superior being, he tries his utmost to remain out of human affairs as it is not his place to tread, but in his 'old age', Slayer finds he has grown attached to humans and their world - to whatever extent he can, he works from the shadows to help guide mankind's heroes in their secret wars.

Black Dragon R5 - The Dragon's Heart - Having set herself up as a villain poised to threaten all of Southtown, Kira has been wildly successful in pissing off just about every single faction in the city. No surprise that when you start destroying civilization for seemingly insane goals people tend to take offense. However, not everyone believes that the Dragon is simply a rabid dog that needs to be put down as quickly as possible. Having seen more than his fair share of people drawn to the allure of death and power, the former head of the Assassin's Guild decides to pay the mercenary queen a visit in the hopes that he might convince her of a better path. - Log created on 08:47:27 07/15/2020 by Kira Volkov, and last modified on 13:16:34 07/16/2020. Cast: Slayer and Kira Volkov.

Prelims 2 - Team ARTISTISM vs Team Kyokugen - Amidst a tranquil bamboo forest, the contenders of Team Kyokugen and Team ARTISTISM come to a clash of body and spirit. Things get maybe ever-so-slightly philosophical, which is just the unfortunate byproduct of fighting Slayer. But still! Violence! Hurray! - Log created on 00:53:05 06/22/2019 by Slayer, and last modified on 20:00:01 07/14/2019. Cast: Marco, Ryo, and Slayer.

Prelims 1 - Team ARTISTISM vs Team Legacy - The first round of qualifier matches get under way as The Arts Theatre clash with the Arts Martial in a stunning display of pyrotechnics and skill. Though only one team can emerge victorious, they are both determined to display the true depths of their craft. - Log created on 18:55:44 06/06/2019 by Kung Lao, and last modified on 18:43:53 06/16/2019. Cast: Slayer, Nakoruru, Kung Lao, and Maria.