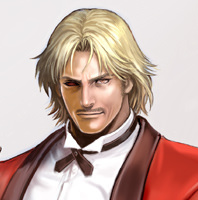 "I will grant you the opportunity to fight me... I have little time to waste before a real warrior arrives. Won't you entertain me?"

The rumors about the enigma that is Rugal Bernstein are many and of questionable veracity. To the public, he is a Lord of Battle, a force of martial prowess that descends upon the rare competition that catches his eye and crushes all challengers. To the criminal underworld, he is a Tyrant of Arms, commanding one of the world's most embedded, connected distributors of dangerous weapons around the globe. Known only as 'R', the dark cartel is orchestrated from the infamous Black Noah, a floating citadel of aging military might. First World nations fear what Rugal represents while Third World despots worship the power the Merchant of War can provide them as long as they can pay. Still more ominous are the whispers of Rugal's brushes with the occult. No one is sure what drives the man to hunt down any and all relics or artifacts associated with the myth of resurrection. Whatever fuels his intensity, it is reputed that being caught in the predator's path on such pursuits is a death sentence. Even more gruesome are the tales of the ghastly exhibit of fighters the Monster of 'R' has chosen to cast in bronze and put on display in his private Reliquary of Legends, a gallery of immortalized great ones from the past. Finally, there are the countless stories about his missing right eye - a sanction inflicted by the gods for hubris unknown.

WANTED DEAD OR ALIVE Suspected of using supernatural abilities to further a massive criminal empire and to inflict violence against humans.

Tale of Two Kings: Soldiers Of Fortune - After securing Vinnie on behalf of Fujimura's orders, Takawashi retires to the old Mercenary bar 'Mukaezake' to blow off some steam. While fighting with his fellow Tekken Force soldiers, he meets with his old friend and current Parliament member Kawabota. There, he shares some of his thoughts with the direction of the Mishima Zaibatsu, as well as some possible opportunities he had heard of... - Log created on 09:55:19 10/04/2022 by Rugal, and last modified on 11:02:58 10/11/2022. Cast: Rugal and Heihachi.

Tale of Two Kings: To The Pain - With Heihachi returning from his vacation, Fujimura moves to settle some debts and earn goodwill for her boss. The Owl instructs one of the Hawks under her command, Takawashi, to investigate mysterious disappearances at one of the Mishima Zaibatsu's weapon facilities. When he arrives, he soon discovers the cursed Vinnie Romero has descended upon the shadows of the facility, snatching the mercenaries to feed the Innocent. And with Vinnie being nearly immortal, he is forced to commit unspeakable acts to protect his soul... and appease the Vengeful Child before she takes the Tekken Force squad as an offering. - Log created on 11:28:40 09/23/2022 by Rugal, and last modified on 16:46:57 09/26/2022. Cast: Rugal and Vinnie.

You Tried The Rest, Now Try The Best - Moondyne Mouse has had a hard life, going from villain org to villain org. Working hard under deadlines, transferring from one dead end research lab to the next. It was time for the rat race to end; and thanks to a fresh new marketing sample of R Security, the Mouse can finally leave the House with a once in a life time opportunity. - Log created on 17:32:06 06/06/2022 by Rugal, and last modified on 15:35:13 06/15/2022. Cast: Rugal and Moondyne. 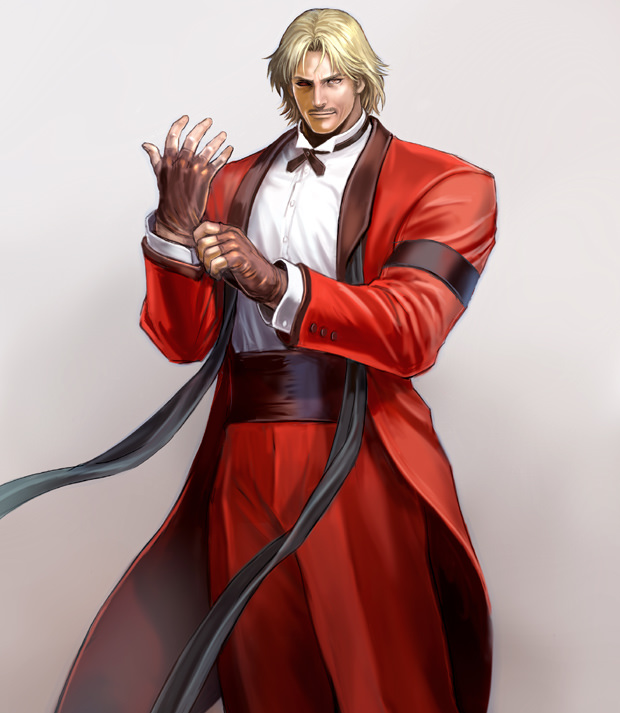