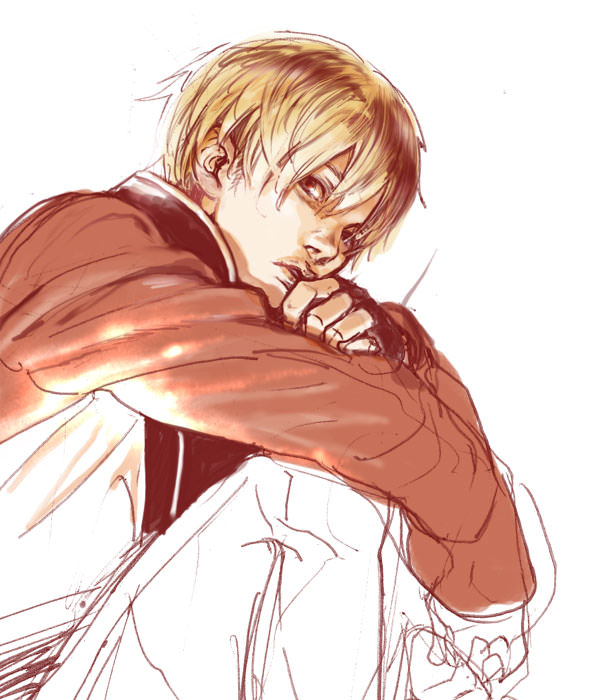 The only son of Geese Howard, Rock has little in common with his father. Rock has always grown up hating the immoral, abusive, and criminal environment he has lived around. It is likely that much of this stems from his reportedly deceased mother, who was certainly a moderating influence on Rock's sense of morality. Rock has been trained in the martial arts by his father in an extremely harsh and cruel manner, but it has been effective in turning Rock into a good fighter. Rock's rebellious streak rendered him all but useless for his father's purposes, and due to his disobedience was ultimately disowned by his father. Since then, Rock has met up with and become the pupil and ward of the Legendary Wolf, combining Geese and Terry's fighting styles into a hybrid of both. Rock has a strong desire to become stronger and more skilled, and has since become an active fighter under Terry's tutelage. Rock still carries a fierce hatred of Geese, whom he blames for his mother's death, and is motivated to improve primarily so that he can one day become strong enough to defeat his father and get the revenge he's sought since he was a child.

Give it your all! - After Jae's invitation toward Daisuke to practice together, Daisuke shows up in a state most unsuited for training, but he invited Tsugumi, and Tsugumi was more then thrilled to go for some sparring! Eventually, Rock Howard shows up to spectate and chat with Daisuke. - Log created on 13:51:51 04/27/2021 by Tsugumi Sendo, and last modified on 16:03:23 05/05/2021. Cast: Jae Hoon, Rock, Tsugumi Sendo, and Daisuke.