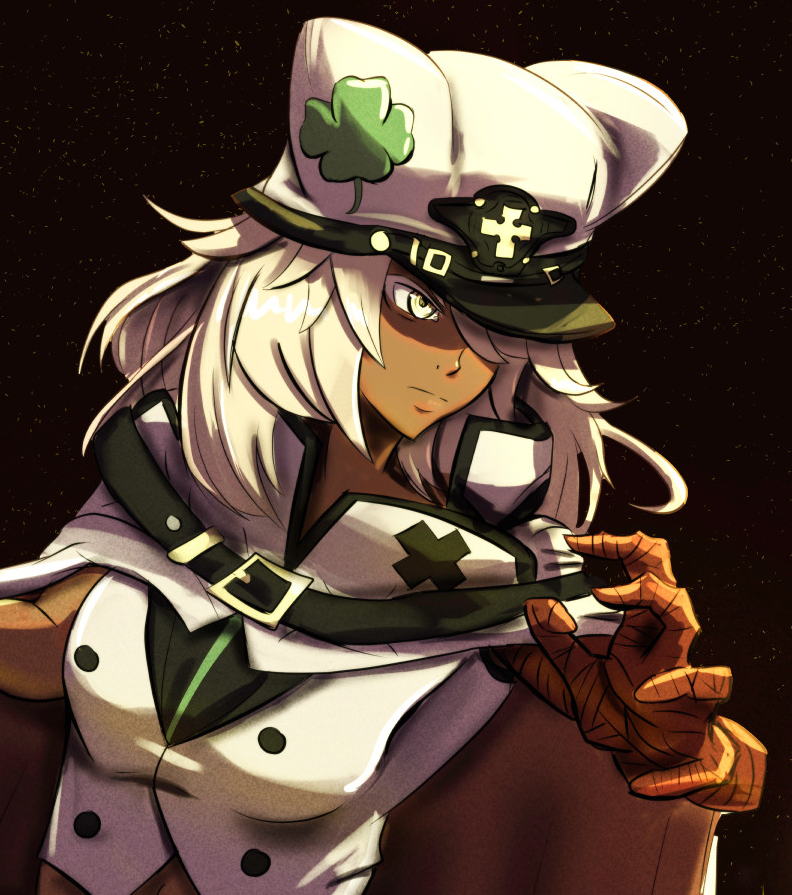 "It is my mission that gives me purpose."

The strongest of the Aria clones known as Valentines, Ramlethal is cold, ruthless, and unyielding. She focuses on results, and served as second command to Justice in the Gear Army. While the most knowledgable of the Valentines in combat, she understands humanity the least well, making each interaction she has with humans a new lesson. Compared to her sisters, she is emotionless and stoic, placing more value on honesty than feelings; her blunt approach leaves many with the (false) impression that she has no personality of her own to speak of. In extreme situations, however, this mask occasionally cracks, revealing her discomfort... or worse. When fighting, her impassivity can sometimes give way to an almost maniacal bloodlust as she wades into combat with twin greatswords animated by her familiar, Lucifero. However, even as she suppresses her emotions for the sake of her role, one question haunts her: is quietly following orders all there is to life?

WANTED DEAD OR ALIVE Confirmed rogue Gear with confirmed history of violence against humans. [This file is flagged for immediate notification to Relius Clover upon delivery of the suspect.]

A Declaration of War - For some time since Justice's demise an agent of destruction has lurked in the shadows, watching and biding her time. Now with the world thrown into fresh chaos, the Universal Will starts to move her pieces on the board once again. - Log created on 19:27:41 04/25/2021 by Ramlethal, and last modified on 08:55:19 04/30/2021. Cast: Leo Whitefang and Ramlethal.

[SNF 2019.01] SNF: Beds Are Burning - For all their power, even the Command Gear Ramlethal and Sagat, the Broken Tiger have dreams that may never be fulfilled. In lieu of trying and failing, the Saturday Night Fight committee has offered them the next best things: someone else to distract them, and an awful lot of money. With the caliber of both opponents, only the remote Ayers Rock can hope to survive as the Bloody Valentine and the Heavenly King unleash their terrible power! - Log created on 17:25:51 01/26/2019 by Sagat, and last modified on 12:43:28 01/30/2019. Cast: Sagat and Ramlethal.

[SNF 2018.10] SNF: The Clonus Horror - Ramlethal vs Morrigan - Tonight for one night only, we have two of the most double-dealing babes on Earth for a showdown inside a giant hall of mirrors! They will need to fight their way out of the specially crafted glass arena /without/ destroying themselves in the process! The broken glass is of especial inconvenience to everyone's favorite clone, Ramlethal. Can the two fighting starlets duke it out against their own mirror images as well as each other? We'll find out! - Log created on 18:28:53 11/14/2018 by Morrigan, and last modified on 19:25:49 11/19/2018. Cast: Morrigan and Ramlethal.