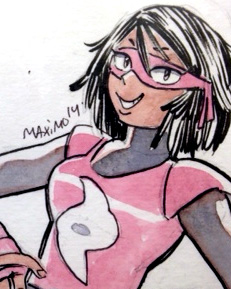 Once upon a time Himeko Kashiwagi was a shut-in with a love only for books and watching her best friend fight but, after many years, has overcome her insecurities with the help of her few friends and the teachings of Dan Hibiki. These days she's known in Taiyo as an assistant investigative reporter and podcast co-host of their media club but now she breaks into the fighting circuit as fifteen year old Hurricane Hime: A corny, PSA-spouting, good-girl mascot of the Saikyo-Ryu dojo. Her version of the fighting style style makes use of her her talent to manipulate chi that turns paper into a weapon combined with her obsessively studious nature to squeeze out every last bit of potential in her toolbox of limited ranged attacks. However Himeko's aim isn't to just promote the dojo and the joy of reading but to also obtain in-depth material for the next podcast!

Welcome to the Dojo - Making good on winning her fight with Himeko, Malin sets out to get her free dinner. Little does she know that the clever Himeko has a nefarious plan for an ambush laying in wait. As Malin infiltrates the inner sanctum of the great Saikyo Dojo, she must come across the last thing she ever expected! Home cooked food. - Log created on 23:37:43 06/15/2021 by Malin, and last modified on 01:35:29 06/23/2021. Cast: Malin and Himeko.

Fast Times at Taiyo High - A chance meeting in the library. A dramatic reveal of a secret identity. Two young women, both stand outs of their chosen styles. Two of the youngest masters of martial arts ever to run the halls of Taiyo High! See how they meet! Watch them clash! Watch the school suffer untold amount of damage to their gymnasium that will likely never be covered by either of the two perpetrators! - Log created on 02:15:50 05/13/2021 by Malin, and last modified on 01:18:46 05/18/2021. Cast: Malin and Himeko.

Ristar 2021 R1 - Himeko vs Fumiko - Now begins the Rising Star Tournament. The young heroine with the Strongest Style, Hurricane Himeko, faces off against the Iajutsu Artist Fumiko Abe. The two clash in the lot of the dojo of the strongest style. Watch as swords clash with style in a bout amid the softly falling snow of a late winter flurry. - Log created on 00:22:56 03/23/2021 by Fumiko, and last modified on 09:03:37 03/27/2021. Cast: Himeko and Fumiko.

SNF: We Were Soldiers (Hijacked!) - Hello boils and ghouls! It’s the witching(?) hour, and it’s time to play soldiers! Some place in time, whether future or past or even right now, America has found itself in conflict. It has found itself in battle. And in these battlefields, you know you are gonna find the ghosts of wars past, lingering and clinging to thoughtless conflicts and fear! And to help bring these fears to life is the jaw-dropping I-No(Is she?)! More like I-meko! So, I know that you all are thinking, what can this "witch" bring to the table? Well, it looks like we got two takers! The undead heart-throb Scorpion, and where’s the wolf? There’s the wolf, Azumi! Both are gonna be paired up to take down the 'witch', all while the spectres of wars past, present, and future drift around! Witchin’! (Unfortunately for all involved, a few thousand souls join the party, and things get dangerous!) - Log created on 22:25:53 07/06/2016 by Scorpion, and last modified on 09:50:13 07/07/2016. Cast: Himeko, Ermac, Scorpion, and Azumi. 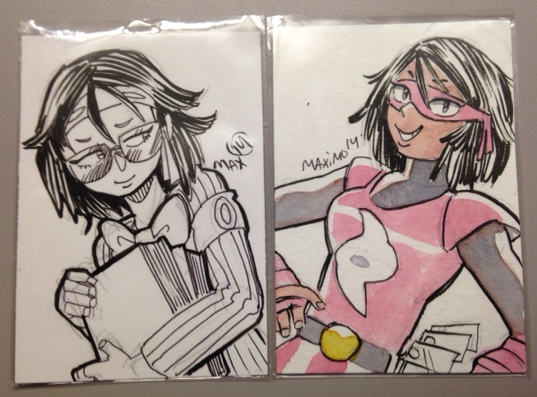