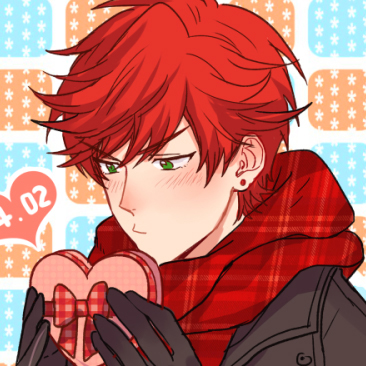 Almost nothing is known, public records-wise, about this individual. What is known is that he is a long-lost cousin of Aya, the heir to the Hazuki industrialist family, that recently resurfaced into public life. However, his red hair, slightly European features, and nickname of "Frei" have led to much (unfounded and unverified) speculation about his "true" identity. He has taken over leadership of the Hazuki Heavy Industries-founded Southtown Young Fighters Initiative from his cousin, and spends much of his time mentoring the organization's members. Easygoing, Frei can meet any situation with a smile; his humility and good humor take some of the sting out of his occasional didactic tendencies. When needed, however, he's more than capable of defending himself or (more commonly) others, using a fighting style that employs shifting elemental chi with a rare deftness and skill. Overall he's just, you know, a pretty normal guy. Nothing at all unusual about him. Nope.

[ Relevant OOC Info ]
Frei is a refugee from a previous, alternate timeline where the world ended, something he shares with a handful of other individuals. This means he has knowledge of things that might otherwise not be public, but that knowledge isn't actually about *this* world; it's about the other one, and thus might not be fully accurate here.

[ IC Info ]
The name "Frei Renard" is effectively unknown in the world, among fighters or otherwise. However, after Mortal Kombat, a person named 'Rei Hazuki' suddenly stepped into the public eye. Ostensibly, he is the half-Irish cousin of Hazuki Heavy Industries CEO/heiress Aya Hazuki, more or less ignored by his family because of his foreign ancestry. Because it's a Hazuki Industries-funded project, he serves as the effective chief of operations of the Southtown Young Fighters Initiative, where he can be found on most normal days. Of course, if his life here is anything like his old life, 'normal days' will be few and far between.

[KOF 2019] KoF '19 - Broken Memories - Location: Southtown Young Fighters Initiative Center - Time is like a river, and while the facts and details may change, some things remain and endure Such secrets of the previous timeline has it's hunters, most damning being the infamous Relius. His prey? The infinitely wise Rei Hazuki. Evading a pack of NOL agents hot on his trail, Rei takes shelter at the Southtown Young Fighters' Initiative Center. As he recovers, Rei finds himself approached by Howard Rust Jr., The son of Rust has his own motives, but he has something important to tell the sage, and has many questions to ask about his father. - Log created on 20:22:21 06/06/2019 by Rust, and last modified on 01:35:02 06/07/2019. Cast: Frei and Rust.

[Golden Angel 2018] Golden Angel Finals Gaiden - The Higher Ground - The Grand Finale of the Golden Angel Tournament had some pretty exciting stuff going on! But in the midst of it, one observer preferred to watch the proceedings from a safer distance. Which gives her a unique opportunity to speak with one of the controversial tournament's sponsors... - Log created on 23:00:03 03/17/2018 by Honoka, and last modified on 11:12:22 03/19/2018. Cast: Frei and Honoka.