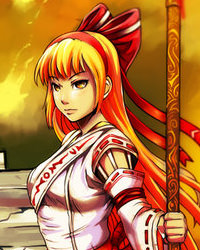 "When the darkness comes, you will weep for joy that I have prepared for that day."

Born to great expectations, Ayame numbers among the new generation of the mighty but reclusive Ichijo Clan. A legacy of renown demon hunters, infamous mikos, and formidable warrior priests proceeds her. Still in her late teens, the latest of the Ichijo has taken the obligations of her destiny to the extreme. From the time of her birth to the present, she has trained in her father's use of the staff and her mother's use of powerful sealing techniques to the exclusion of practically all other distractions. A dispassionate genius, Ayame's own family has long since been given cause to worry about her severe outlook, preference for solitude, and intensely driven training unlike any other. Seemingly without humor or affection, she keeps to herself except when sparring, an activity for which she demonstrates rare vigor. When pressed, she defends her ascetic lifestyle as an obligation to her fate. On rare occasion, glimpses of another, more fiery nature slip through the cracks, only to be buried as if in shame an instant later. Destiny, it seems, can be a considerable burden.

Jesen... D: @ Ayame.
Aranha says, "This is your fault Ayame... Always with the stabby."
Frei says, "Ayame reflects so many concepts that any OC apped from now to eternity is ripping her off in some way. ;)"
Aislinn says, "Ayame is scary. I'm afraid to do anything against her. 9.9"
Kazuki makes a note not to mess w/ Ayame any more.
Soma says, "She appears to be made of the same 'win-ium' ore that Alma was forged from."
Dr. Tran says, "Ayame is frightening."
Igniz says, "Ayame is a sorceress"
Elle says, "You can tell by the way she walks, she's Ayame with no time to talk, beating up most everyone, been kicking ass since she was born, 'cause she's alright, she's okay, everyone just run away, here she comes, what to do, she'll beat you 'til you're black and blue. If you got a wallet better give it don't you stall it or she'll flay you alive, flay you alive."
Sad Choi in Plaid snaps his fingers. Ayame is a hard-to-get item!
Yurika says, "If Ayame hit R6 I would fear for my very existance."
Sad Choi in Plaid says, "Dear god, no, WHY DOES MY MIND SAY 'Harvest Raper' NOW"
Zach "1 Bao" Glen says, "Ayame seems to thrive on stupid interrupts."

Black Dragon R4 - Crossfire - Thus far the dynamic duo of spiritual warriors have proven to be a valuable asset to the people of Southtown, rescuing dozens of civilians trapped far beyond the reach of the NOL or PDF. But with the Dark Stalkers suddenly turning tail, their prospects for further aid seem limited. Unwilling to give up the fight until the job is done, Ayame directs their efforts towards a large movement of NOL troops, hoping to offer assistance where they can. Instead, the pair accidentally blunder into an ambush meant to catch the Librarium unawares, putting themselves directly into the conflict against the Dragon's forces! - Log created on 13:24:31 06/07/2020 by Ayame, and last modified on 11:35:38 06/28/2020. Cast: Ayame, Riki, and Hayley.

Black Dragon R3 - Wicked Souls - While the efforts of the tag-team duo of monster hunters have put a small dent in the population of dangerous beasts, it is but a pebble chipped away from the foot of a mountain. Undeterred by the size of their task, they continue their travels along the outskirts in search of civilians left behind that might be rescued. However, instead of coming across more rampaging dark stalkers, they find themselves accosted by one of Earth's most wicked creatures - humans. - Log created on 14:56:02 05/02/2020 by Ayame, and last modified on 13:26:26 05/18/2020. Cast: Ayame, Heihachi, and Riki.

Black Dragon R2 - Barking Up The Wrong Tree - Responding to the crisis, the monster hunting duo have already managed to do some good for the beleagured citizens of Southtown by rescuing several trapped residents on the outskirts of town from becoming snake food. But the danger is far from over and thus their work continues. Leaving the struggles against the main force of dark stalkers to the army, miko and oni take their talents on a tour of the city's outskirts to see if they can rescue anyone else who has been left behind in the fog of war. - Log created on 22:41:40 04/17/2020 by Ayame, and last modified on 21:15:54 04/20/2020. Cast: Ayame, Riki, and Hayley.

Black Dragon R1 - Snakes and Ladders - The life of a monster hunter has its ups and downs. Most days are rather peaceful and quiet, filled with training and introspection. Occassionally, the odd demon comes around to cause trouble, offering a brief respite from the day to day boredom. Then there are days like this one - days where the universe seems to have realized that it misplaced a decimal on the last few trouble deliveries and decided to play catch-up all at once. Fortunately for Southtown, the young miko and her large, if somewhat lazy, companion, live for such challenges! Taking to the field together, the slayers respond to the crisis only to quickly find themselves hip deep in a literal nest of vipers! - Log created on 10:45:34 03/21/2020 by Ayame, and last modified on 22:20:13 04/11/2020. Cast: Ayame, Noboru, and Riki. 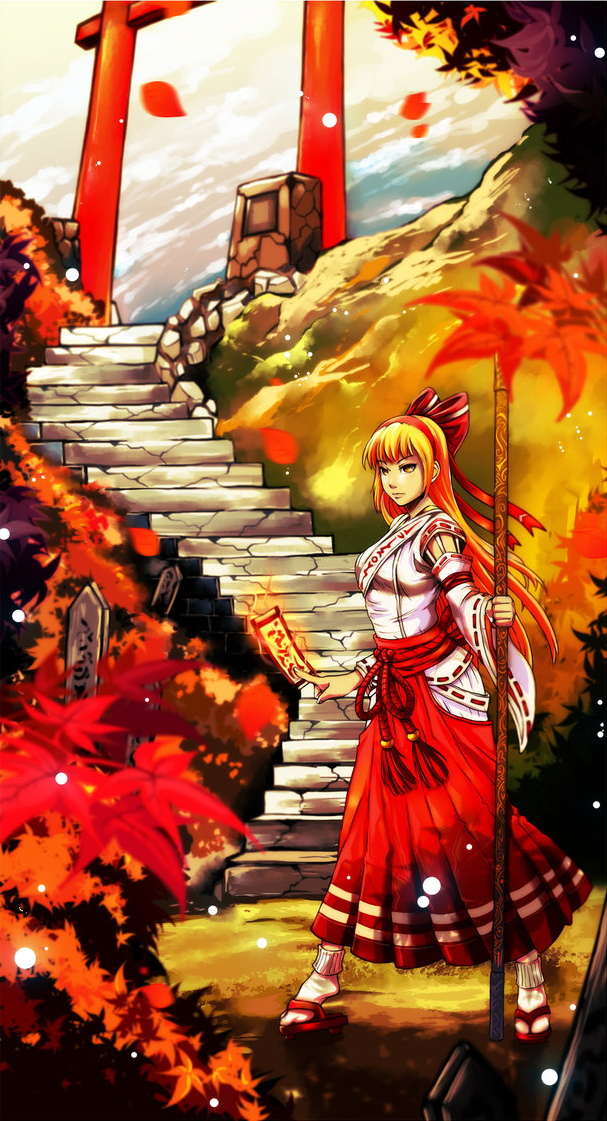 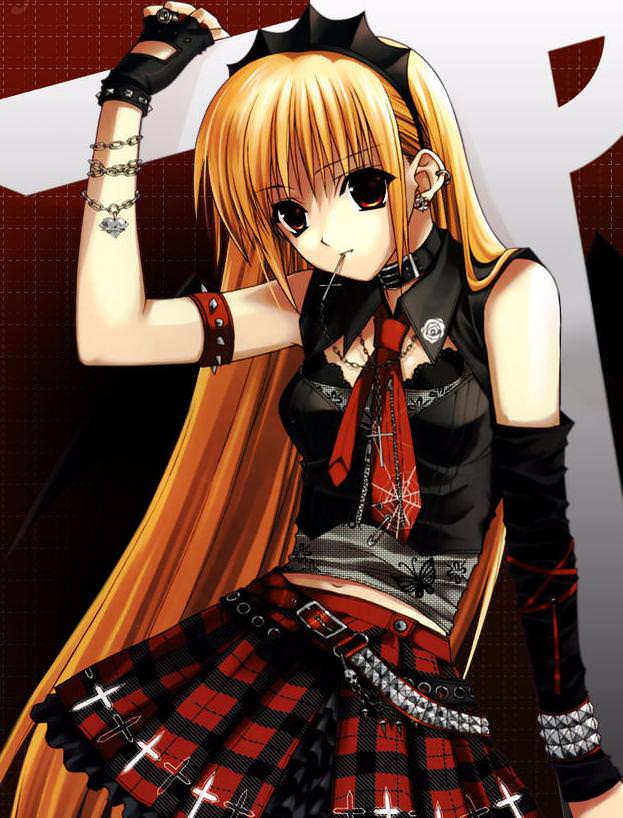 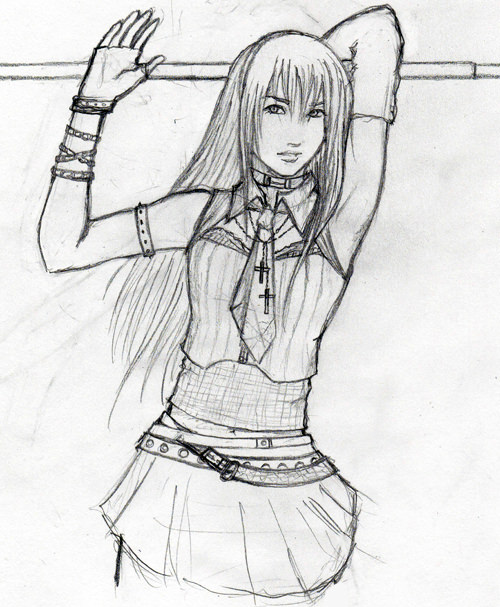 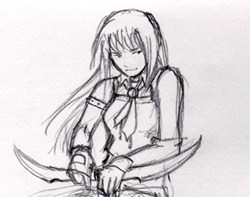 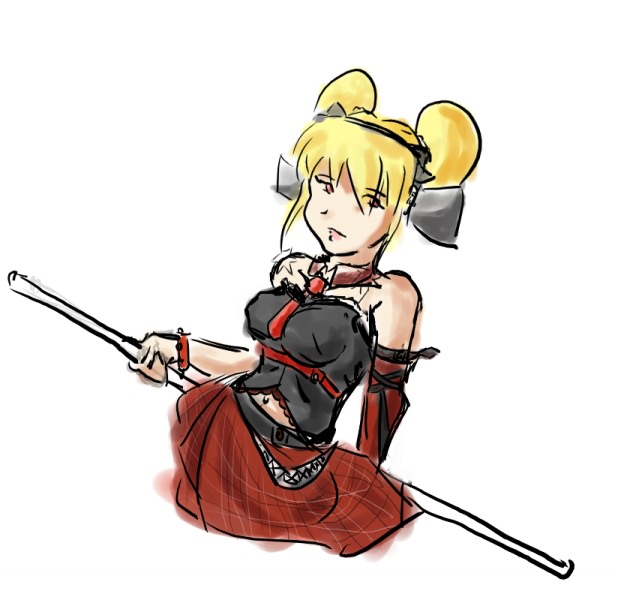 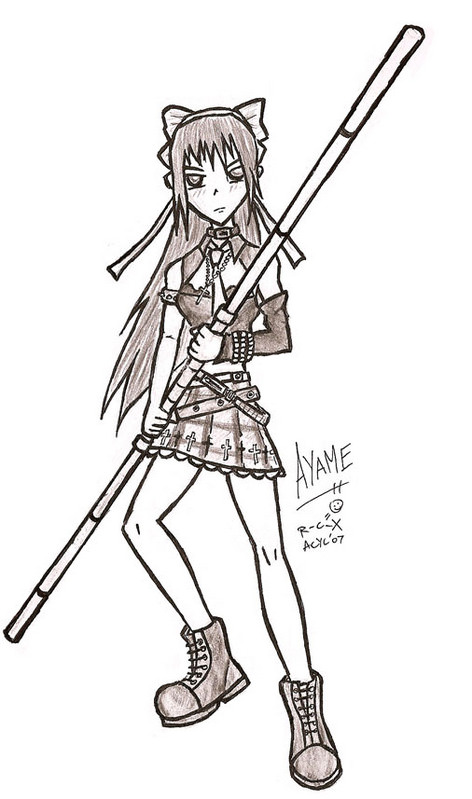