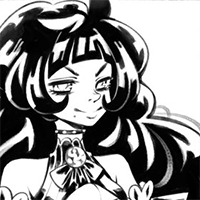 "BLEH! Is this beef or leather? Did you miss-set the stove or are you just a BUMBLING INCOMPETENT?!"

Amandine Karnstein is the iron-fisted ruler of NOL's kitchens. To the chain of command, she is a harsh but fair commander of the kitchen who demands only the best for the officers of the NOL. To those who work in the kitchen--or simply cross her without rank or status--she is a cruel, vulgar brat who demands the impossible and is quick to anger when she doesn't receive it. In either case, Amandine views herself with a lofty arrogance and sense of superiority that's demonstrated by bombastic personality and gaudy wardrobe. Even so, she is hardly as a joke, as her small stature and position conceal hideous strength and durability--attributes that Amandine uses to wield her heirloom, a large cast-iron kettle named Tantalus, as magically-enhanced flail.

Podiebrad Of Passion: Lilies of the Valley - Amandine von Karnstein has found herself betrothed to the handsome and strapping Baron von Podiebrad, her boring life swept away into the endless parade of passions and pleasures that becomes the favored of the Baron. But it seems that nothing compliments a thick piece of steak than a light salad, especially one dressed with the sweet juice of the forbidden fruit. The scullery maid Zsa Zsa has found herself obsessing over the beautiful fiance of Baron von Podiebrad, fawning and stalking her in the shadows of Castle Alucard. While Amandine had long rejected her scandalous attentions, when the young maiden is caught alone in the kitchen, having snuck away a peach from her cupboard, the lusty servant finds a way to punish the naughty Karnstein. Will Amandine be able to resist the overpowering appetite of the low-born serving girl? Or will she find herself enamored to the scent of... The Lilies of the Valley? (The cover shows Zsa Zsa and Amandine hiding behind the central island of a kitchen, having ducked just out of sight in the midsts of their passions. Amandine is on top of Zsa Zsa, seemingly having just pushed the maid down. Zsa Zsa is clutching a set of pearls around Amandine's neck, while lilies are scattered all around her. Zsa Zsa has a peach in her mouth. Sharing the same peach, Amandine is biting down on it. Both have their cheeks blushing faintly, and a chain leads from around Amandine's ankle to a bubbling crockpot on the table. Walking into the kitchen from the opposite side of the island is the silver-haired Lord Podiebrad in his leather breeches, his sweat-glistened pectorals exposed. Following him at his side is the the lavender-haired Belladonna, who is covering her face with a fan, and her eyes stare jealously out towards the open window. A black stallion is peering into the window, eating a small cherry pie sitting on the windowsill) ($2.99) - Log created on 15:47:16 06/15/2021 by Sven, and last modified on 22:10:22 08/24/2021. Cast: Amandine and Bela.

Black Dragon R4 - Dating Destiny? - Guided by strange visions and the hunt for her red-cloaked hero, Emma heads into the fighting at Southtown, certain that if her brave rescuer can be found anywhere then it is probably in the thick of a fight against evil. Unfortunately, her naivety leads to inevitable trouble as she finds herself accosted by one of the gangsters unleashed on the city by the Dragon's antics. - Log created on 15:39:24 06/06/2020 by Amandine, and last modified on 08:52:47 06/17/2020. Cast: Amandine and Emma.

Black Dragon R3 - Hell's Kitchen - Black Dragon: Hell's Kitchen - Lyraelle continues her Save Southtown streaming charity tour by visiting a soup kitchen run by the New Balls Librarians or something like that! Chef Amandine takes umbrage at the succubus' attitude, and bizarre accidents cause tensions to escalate. When two enormous egos clash, the kitchen's set to heat up - but who will end up eating humble pie? - Log created on 18:50:40 05/13/2020 by Lyraelle, and last modified on 09:06:00 05/18/2020. Cast: Amandine and Lyraelle.

Black Dragon R1 - Anarchy Reigns - With the authorities tied up dealing with the monsters running rampant all over the city, the scene is ripe for other agents of chaos to exploit the disaster for their own ends. In particular, a metal-head and general advocate for random mayhem known as Crock has decided that now would be an excellent opportunity to stick to the man. How? By destroying things, ofcourse! Unfortunately, the wild rocker's target proves to be a small soup kitchen established by the NOL to improve their public image. But with all of their primary military assets tied up, they have almost nothing left to throw at him except the kitchen sink - and the chef who was using it! - Log created on 15:34:09 03/27/2020 by Crock, and last modified on 20:09:13 04/02/2020. Cast: Amandine and Crock. 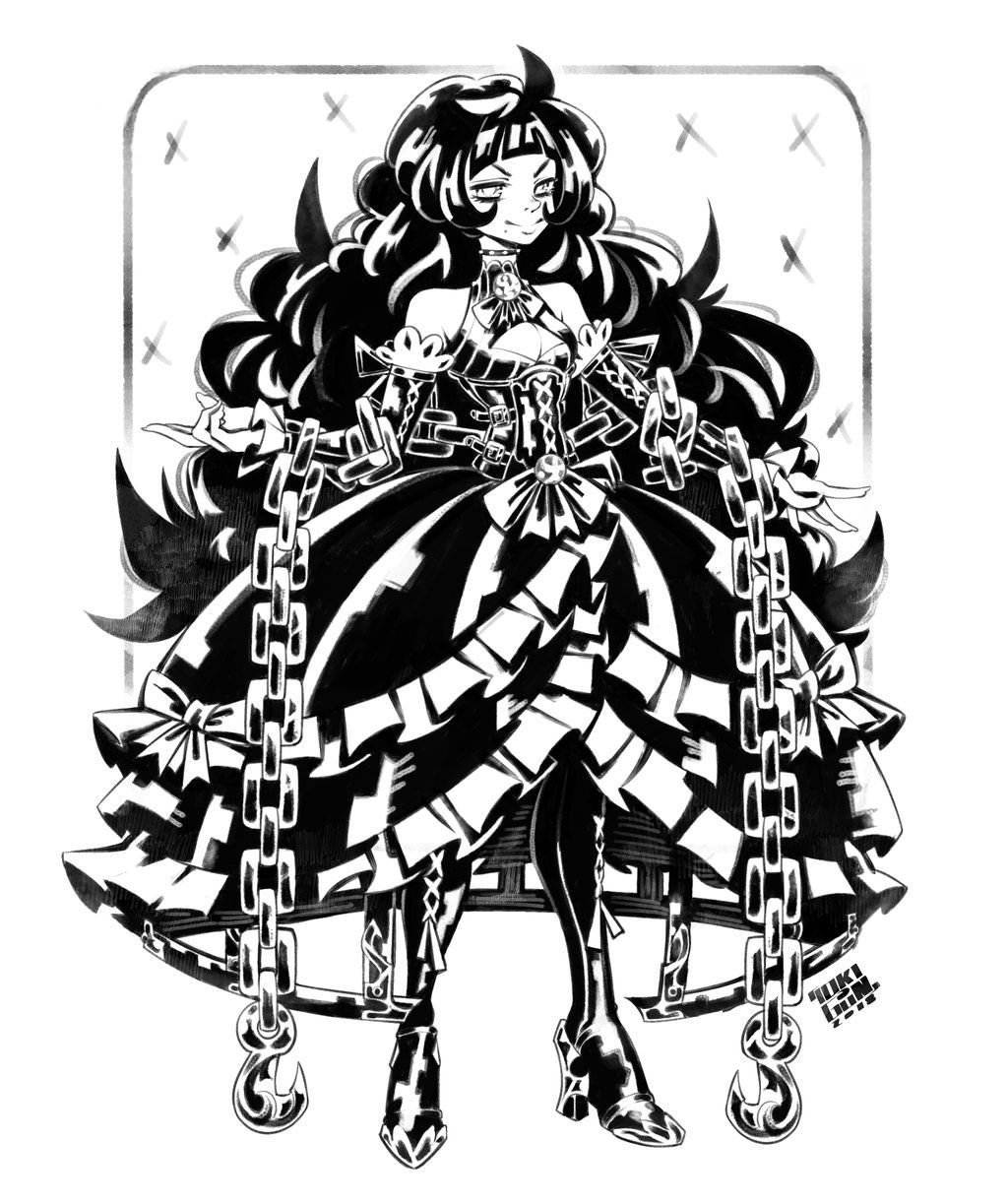